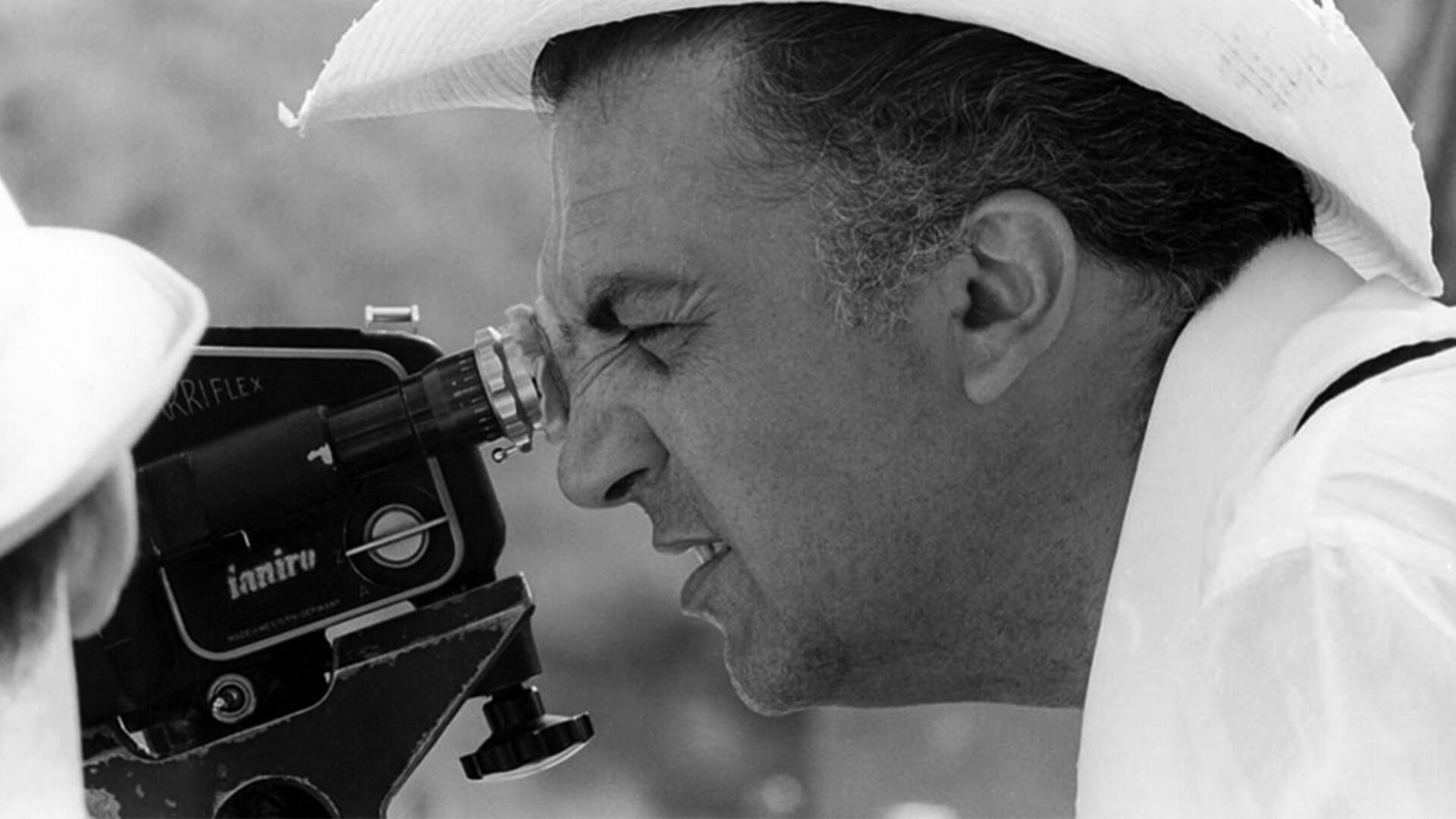 The Cinematheque continues its celebration, rudely interrupted by COVID, of the centennial of Federico Fellini, one of cinema’s boldest and most beloved maestros.

Fellini (1920–1993) was born in provincial Rimini on Italy’s Adriatic coast, and grew up under Italian fascism. He worked as a screenwriter and assistant director for Roberto Rossellini during the emergence of Italy’s influential neorealism movement in the 1940s. Fellini began directing his own features, rooted in neorealist aesthetics, in the early 1950s. By the mid 1960s, Fellini had attained worldwide fame — becoming a household name even among casual moviegoers and non-cinephiles, and spawning an adjective, Felliniesque — for an extraordinary series of free-wheeling, flamboyant, dazzlingly creative films rooted in memory, dream, desire, and fantasy. In the English-speaking world, few filmmakers were more synonymous with the international ​“art” cinema.

The increasing extravagance of Fellini’s work would lead to charges of self-indulgence. In the latter decades of the twentieth century, in some prominent critical circles, the phantasmagorias and fantasias upon which Fellini’s enormous reputation rested began to be esteemed less than the earlier, simpler 1950s films that preceded them. In this revisionist view, Fellini’s decline as filmmaker stood in inverse proportion to his growing sense of himself as a serious artist. For many, it was 1960’s La Dolce Vita, a major international sensation, and a major scandal in the Catholic world, that marked the divide in the great director’s work. Beginning with 1963’s 8½ — for most, Fellini’s masterpiece, and a film made in response to the attention and acclaim heaped upon La Dolce Vita — Fellini’s cinema became ever more phantasmagoric, ever more carnivalesque, ever more personal.

Fellini won the Academy Award for Best International Feature (as it is now known) a record four times (for La Strada, Nights of Cabiria, 8½, and Amarcord) and the Palme d’Or at Cannes once (for La Dolce Vita). He was the recipient of an honorary Oscar in 1993, just months before his death, for lifetime achievement. That achievement is considerable: However much his critical estimation may have waxed and waned over the years, it is also true that no Fellini film, however excessive or too-often frivolous, is incapable of giving enormous pleasure or inducing wonder and amazement. The sheer audacity of the imagination at play is simply undeniable — as the works in this program demonstrate time and again. Our extensive retrospective includes many new restorations.

The Cinematheque’s non-virtual Fellini 100 retrospective was interrupted in late November by updated provincial health orders, which closed cinemas in B.C. A selection of titles was subsequently offered online. We are pleased to resume the retrospective’s in-theatre presentation.