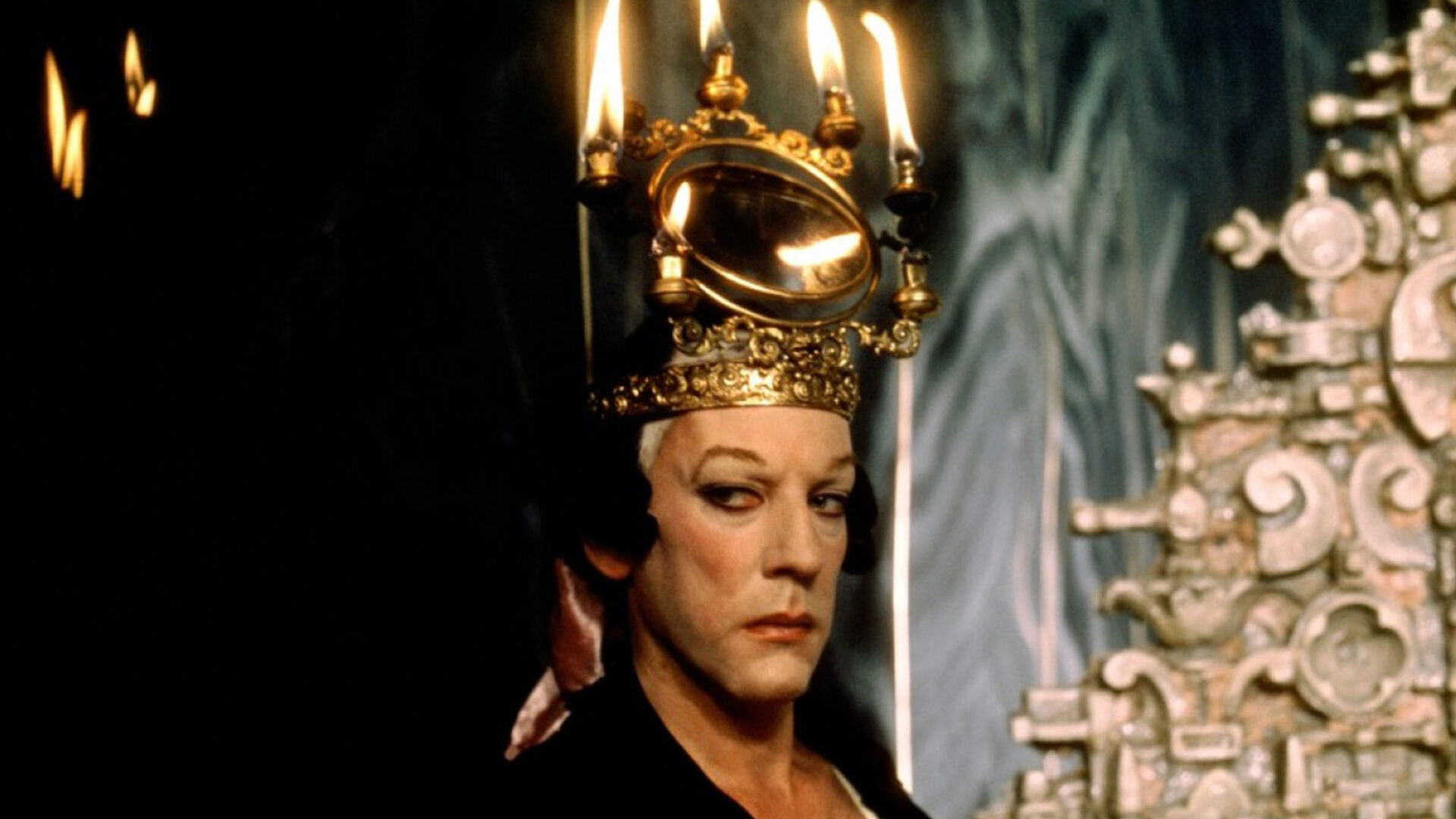 “The visual daring and pure imagination of every image leave it as an elegiac farewell to an era of Italian cinema; and Sutherland’s performance is the most astonishing piece of screen acting since Brando’s in Last Tango in Paris.”

Fellini’s strange, hyper-stylized adaptation of Giacomo Casanova’s memoirs rivals even Satyricon for sheer visual extravagance and pageantry — and as a divisive work in the Fellini canon! Donald Sutherland stars as the notorious 18th-century libertine, whose cold, obsessive, mechanical devotion to fornicating, Fellini suggests, hides a terrible void within. The film follows Casanova as he escapes imprisonment in Venice and embarks on a debauched tour of the courts of Europe. Events are rendered in a series of sumptuous, almost ritualistic tableaux; the breathtaking art direction is by Danilo Donati (Satyricon, Roma, Amarcord), whose efforts earned the Oscar for Best Costume Design. Like Kubrick’s near-contemporaneous Barry Lyndon, another lavish, painterly film that initially took a critical drubbing, Casanova has been reappraised, by some at least, as a radical, remarkable cinematic spectacle.

“Donald Sutherland commands a stunning array of gestures … It is an extraordinarily physical performance and the gem of this flawed masterpiece.”

“As one of the late flowerings of the director’s claustrophobic studio style at its most deliberately artificial, this is a memorable work.”