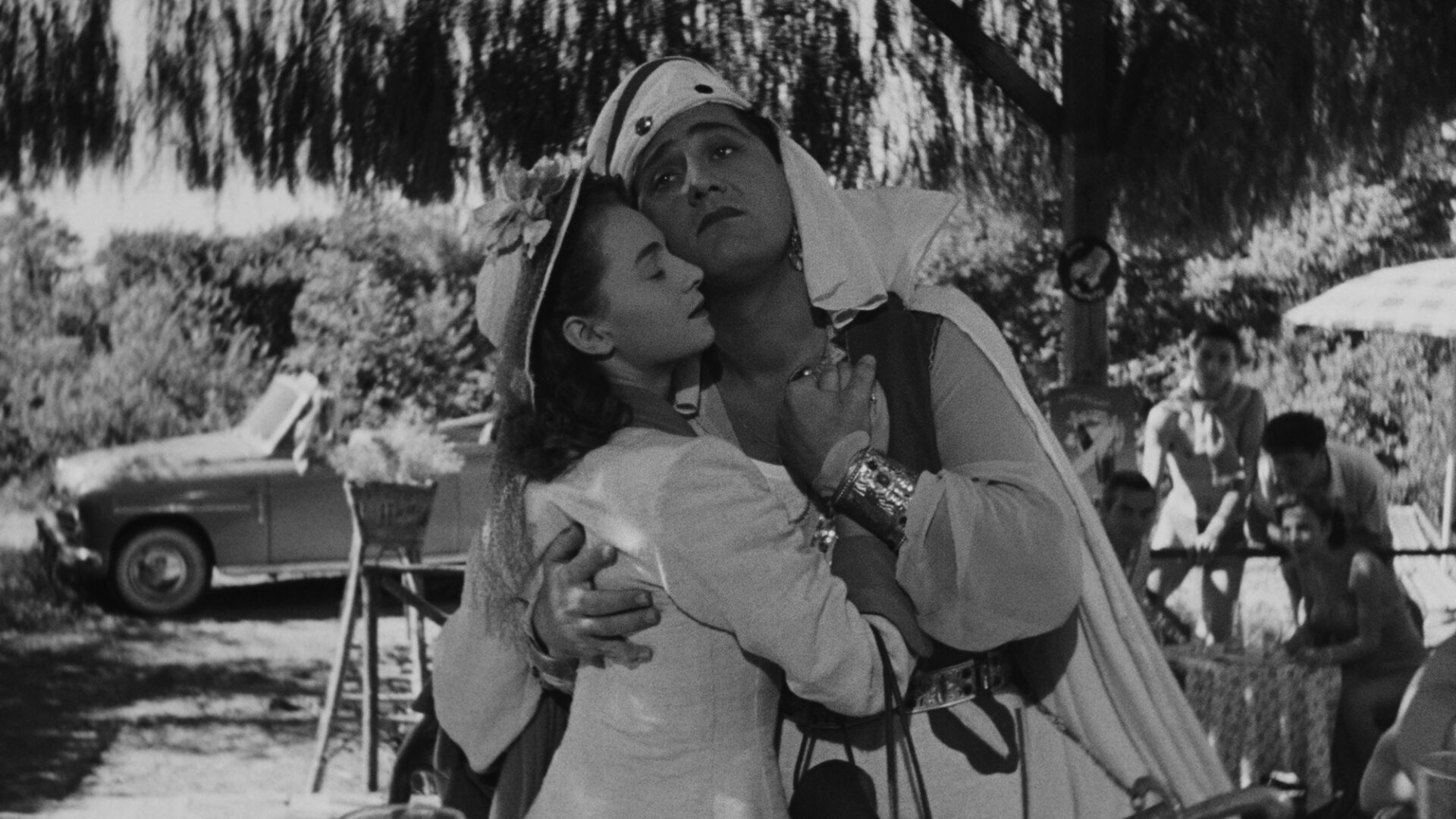 Made from a story idea by Michelangelo Antonioni, Fellini’s first solo feature (he co-directed 1950’s Variety Lights with Alberto Lattuada) is an irresistible delight — and an early expression of his lifelong interest in the interplay between illusion and reality, art and life. The film is set against the pulp-fiction world of fotoromanzi (photo-novels), a popular form of photographic comic strip. Newlywed provincials Wanda (Brunella Bovo) and Ivan (Leopoldo Trieste) are honeymooning in Rome when the starry-eyed bride sneaks off to find the White Sheik, heartthrob hero of a favourite fotoromanzo. Her idol (played by Italian comic legend Alberto Sordi, in a breakout performance) proves, in real life, to be no Valentino. Giulietta Masina has a small part as prostitute Cabiria, a role she reprised five years later in Fellini’s Nights of Cabiria. The White Sheik marked the director’s first collaboration with composer Nino Rota.

“In some respects the most charming, least overweening film Fellini ever made — a comic fable of mass-produced fantasy and fanatical devotion.”