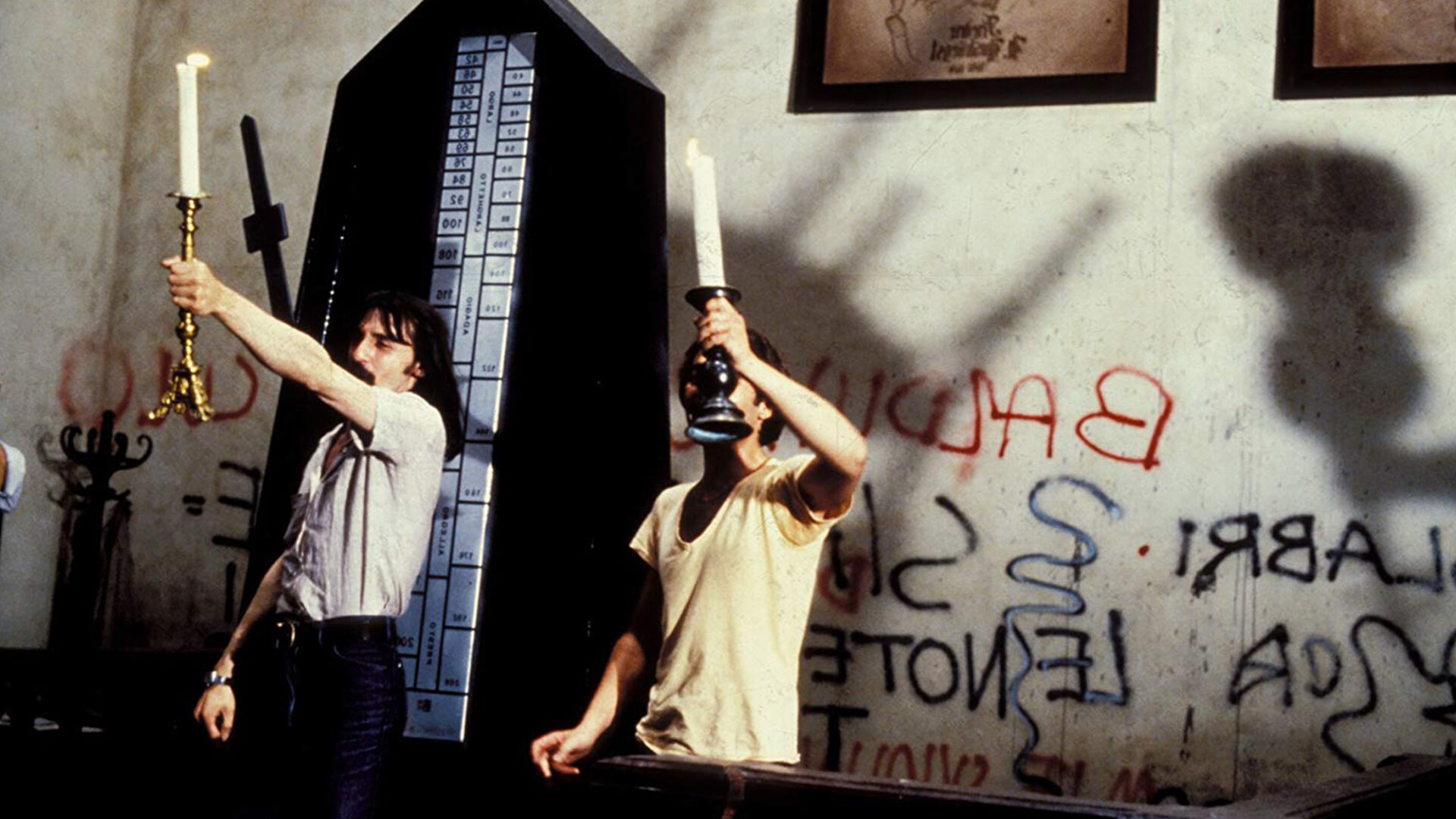 “Another outpouring of Fellini’s imaginativeness, blending realistic observation with a phantasmagoric vision of a world in disarray.”

Mira Liehm, Passion and Defiance: Italian Film from 1942 to the Present

Fellini was rarely more political than in this mischievous satire, a parable on the state of contemporary democracy. Subtitled The Decline of the West in C# Major, the film finds a symphony orchestra in dangerous discord: riven by in-fighting amongst its musicians, and in a collective state of revolt against its increasingly authoritarian conductor. The setting is a 13th-century church, where a TV crew is documenting the orchestra in rehearsal. As an off-camera interviewer (Fellini himself) asks questions, each musician egotistically expounds on the superiority of their own particular instrument. The film was prompted, Fellini would say later, by the 1978 kidnapping and murder of former Italian prime minister Aldo Moro by Red Brigade terrorists. Orchestra Rehearsal contains Nino Rota’s last score for Fellini before the prolific composer’s death in 1979.

“In 70 minutes, Fellini succeeds in combining entertainment, grotesquerie, nostalgia, truth, prophecy, and anxiety in a very unusual combination … The film is characterized by a dramatic and tender poetic force.”