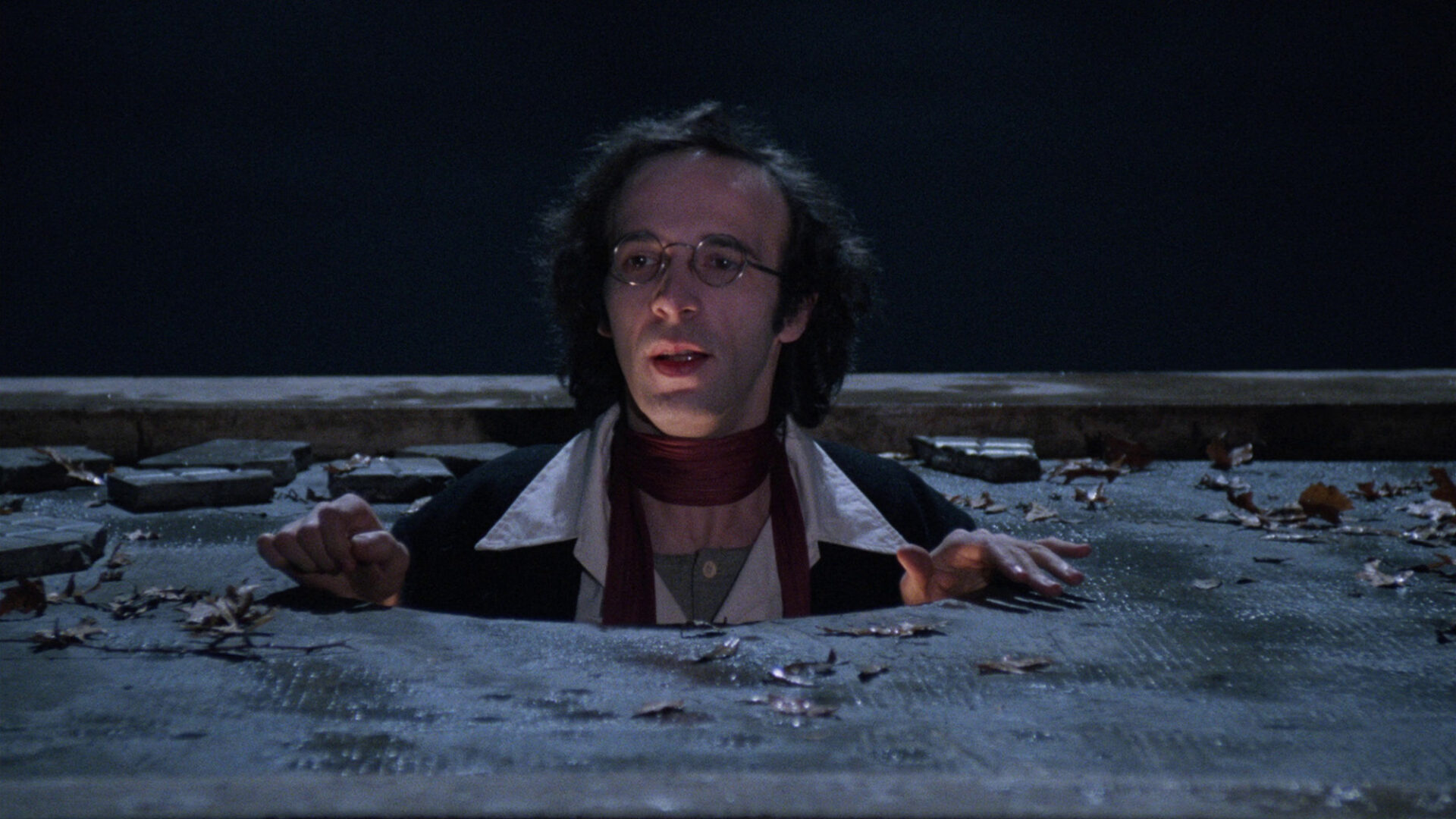 Fellini’s final movie, a big-budget extravaganza made to celebrate the legendary filmmaker’s 70th birthday, pairs two great Italian screen comics in a moonstruck poetic fantasy about the cacophony of modern life. Future Oscar winner Roberto Benigni is puckish Salvini, a half-mad dreamer whose attention to the quietude of nature and the soul allows him to hear the voices of the spirit world. Paolo Villaggio is paranoid Gonnella, the prefect of Salvini’s village — and the film’s one-man Greek chorus. The parade of fantastical events, chaotic and carnal, recalls many a Fellini fantasia past. The film, set in provincial Emilia-Romagna, was freely adapted from a novel, The Poem of the Lunatics, by co-screenwriter Ermanno Cavazzoni. The astonishing art direction is by Dante Ferretti, here fresh off his work on Terry Gilliam’s The Adventures of Baron Munchausen. Fellini’s swansong never received a proper North American release.