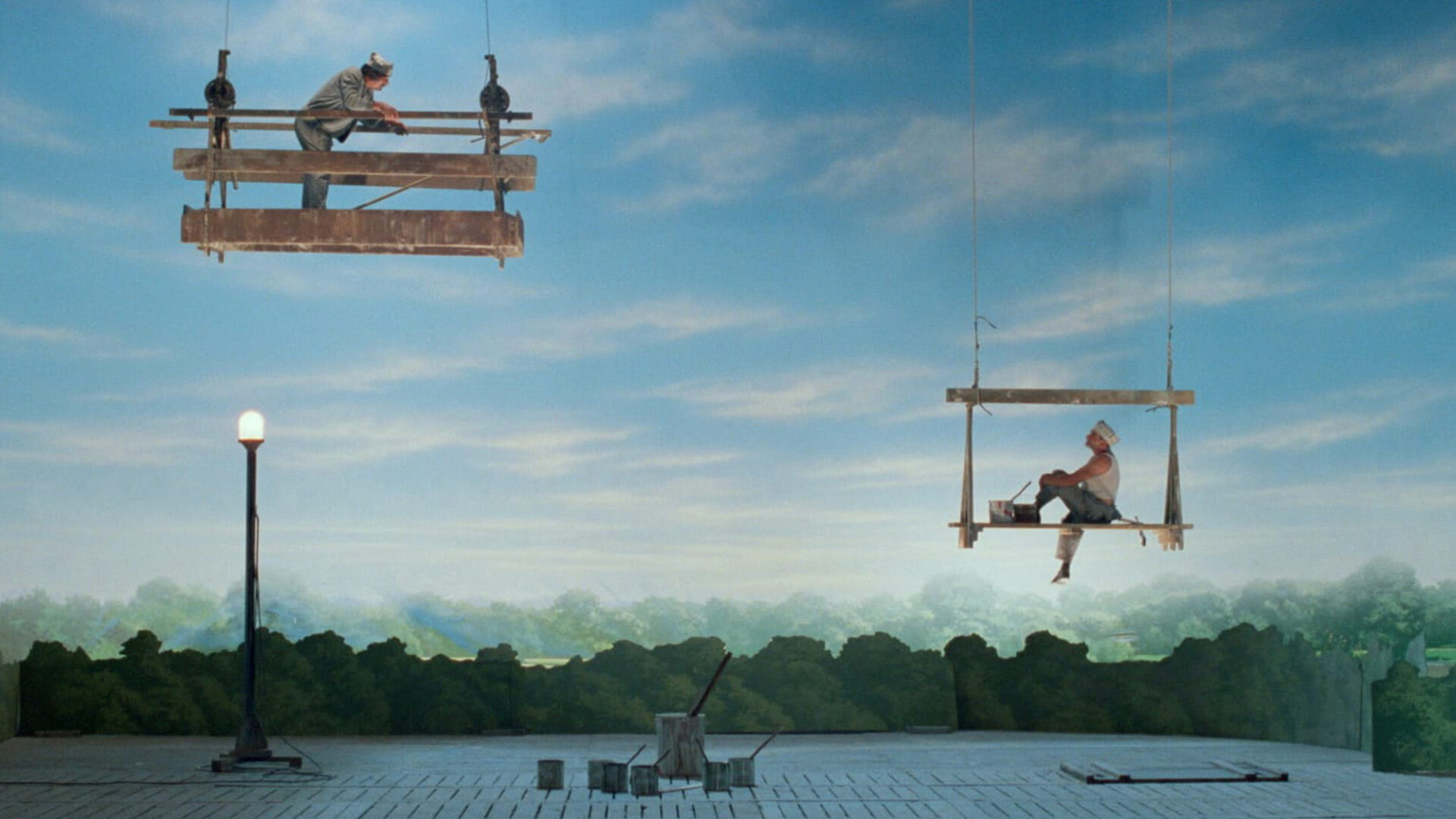 “A fitting valedictory … A highly ornamented, surreal valentine to a life in the movies.”

Fellini’s penultimate movie, a freewheeling summation of the director’s career in pseudo-documentary form, was made to celebrate the 50th anniversary of Cinecittà, the renowned Italian film studio. The intervista (interview) of the title is conducted by a Japanese TV crew, in Rome to film Fellini preparing a new production (an adaptation, supposedly, of Kafka’s America). Fellini guides his guests on a delightful, fantasy-filled trip down memory lane — and through the hallowed halls of the giant Cinecittà complex, where so many of Fellini’s phantasmagoric inventions were achieved. Memories spring to life in marvellous period reconstructions; Marcello Mastroianni makes a Mandrake the Magician-like appearance; and, in the film’s charming centrepiece, Mastroianni reunites with Anita Ekberg for a tear-jerking reprise of La Dolce Vita​’s famous Trevi Fountain scene. The musical score, by Nicola Piovani, pays tribute to the late Nino Rota.