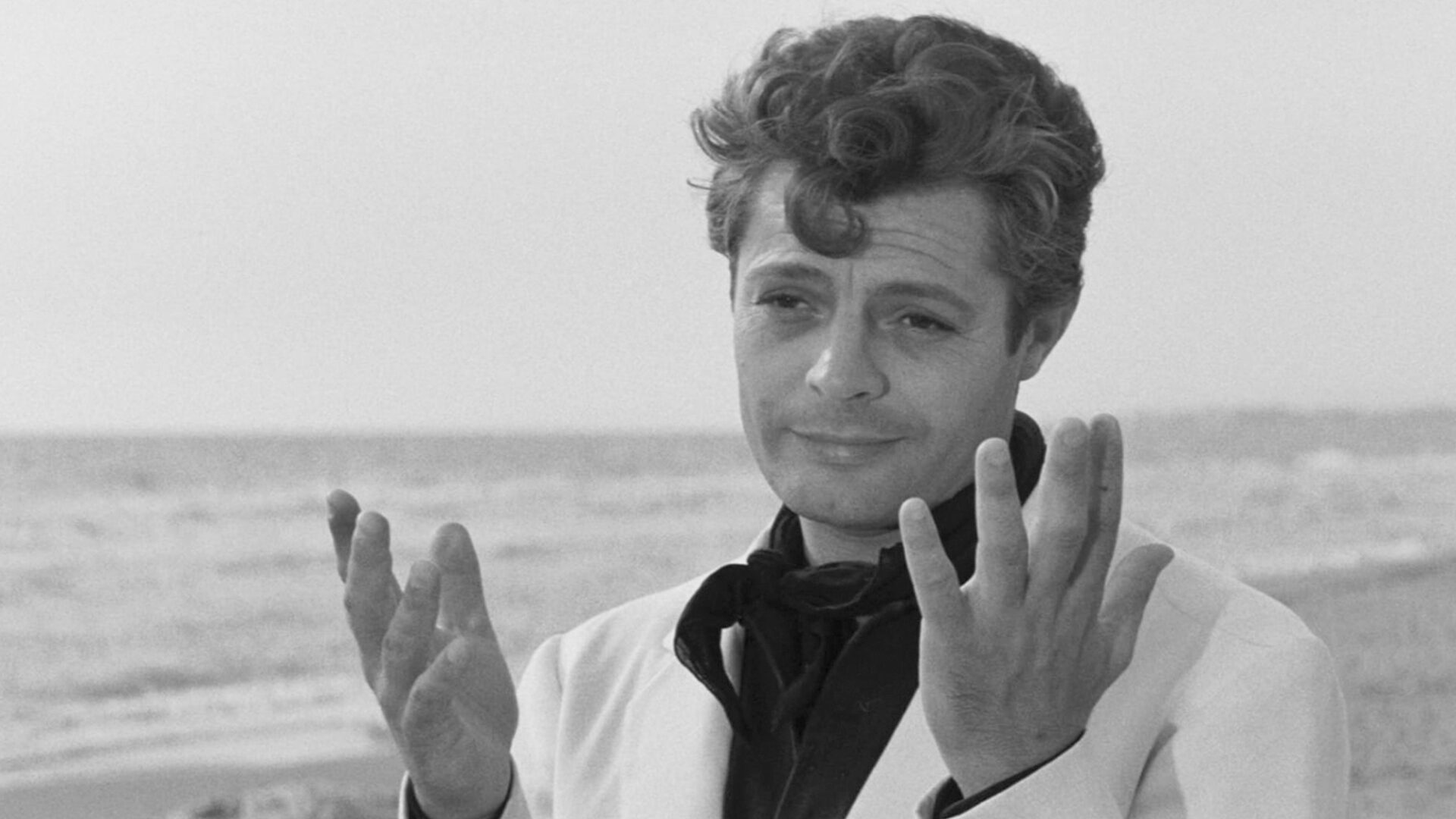 “Immortal …. One of the greatest films I have seen … It is the film of my life.”

“Why did you make such a picture?” Fellini’s mother asked her son of La Dolce Vita, the succès de scandale, denounced by the Vatican, that made Fellini an international sensation. A panoramic portrait of contemporary Roman decadence — parties, paparazzi, and promiscuous sex — La Dolce Vita inaugurated the cycle of ambitious, extravagant, often autobiographical works that cemented Fellini’s fame and gave rise to the term ​“Felliniesque.” Marcello Mastroianni, in a signature role, plays a jaded journalist caught up in the debauched ​“sweet life” of Rome’s New Babylon. Anita Ekberg co-stars as a Hollywood sex goddess, in Italy to star in a Biblical epic. The film opens with one of postwar cinema’s most celebrated sequences: a huge statue of Christ being transported by helicopter over the rooftops of Rome. ​“Oh look, there’s Jesus!” exclaims a bikinied woman sunbathing on a terrace. La Dolce Vita is a phantasmagoria of such juxtapositions: sacred and profane, spiritual and material, Christian and pagan. The word ​“paparazzi” derives from the film’s Paparazzo character.

“A profound film by a legendary director in the greatest period of his career … Fellini’s dissection of modern decadence rings as true as ever today.”

“Fellini single-handedly rebranded and repositioned Italian cinema…. This and 8½ are Fellini’s great masterpieces.”