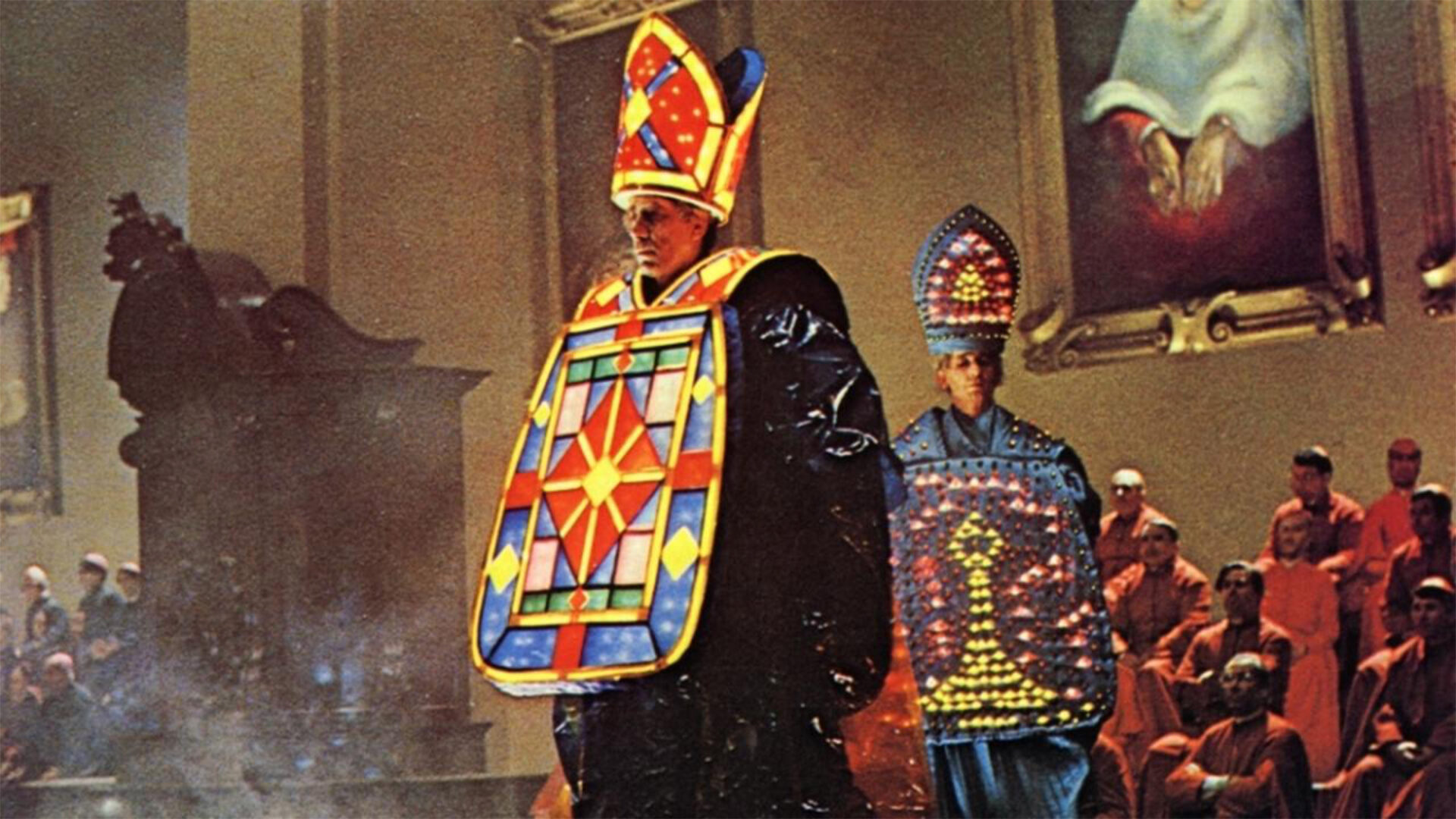 “An intensely personal, exuberant, and extravagant film that is at once a fantastical autobiography and a kind of episodic, biographical portrait of the film’s leading character: Rome itself.”

Fellini’s opulent portrait of Rome, his adopted city, gives free rein to his outlandish imagination. A kaleidoscopic blend of fantasy, history, autobiography, documentary, and myth, Roma takes in Fellini’s adventures as a provincial schoolboy, fascinated by the Rome he encounters in class and in the cinema; his experiences as a young adult relocating to Rome shortly before the war; and his Magical Mystery Tour of contemporary Rome, conducted while he purports to be making a documentary about the city. Fellini’s penchant for the excessive and the grotesque is everywhere in evidence. Celebrated sequences include a high-camp ecclesiastical fashion show; a monstrous parody of a Roman traffic jam; a stylized re-creation of a Fascist-era brothel; and the discovery of an ancient Roman villa during a subway excavation. Marcello Mastroianni, Alberto Sordi, Gore Vidal, and Anna Magnani (in her final film role) make appearances.