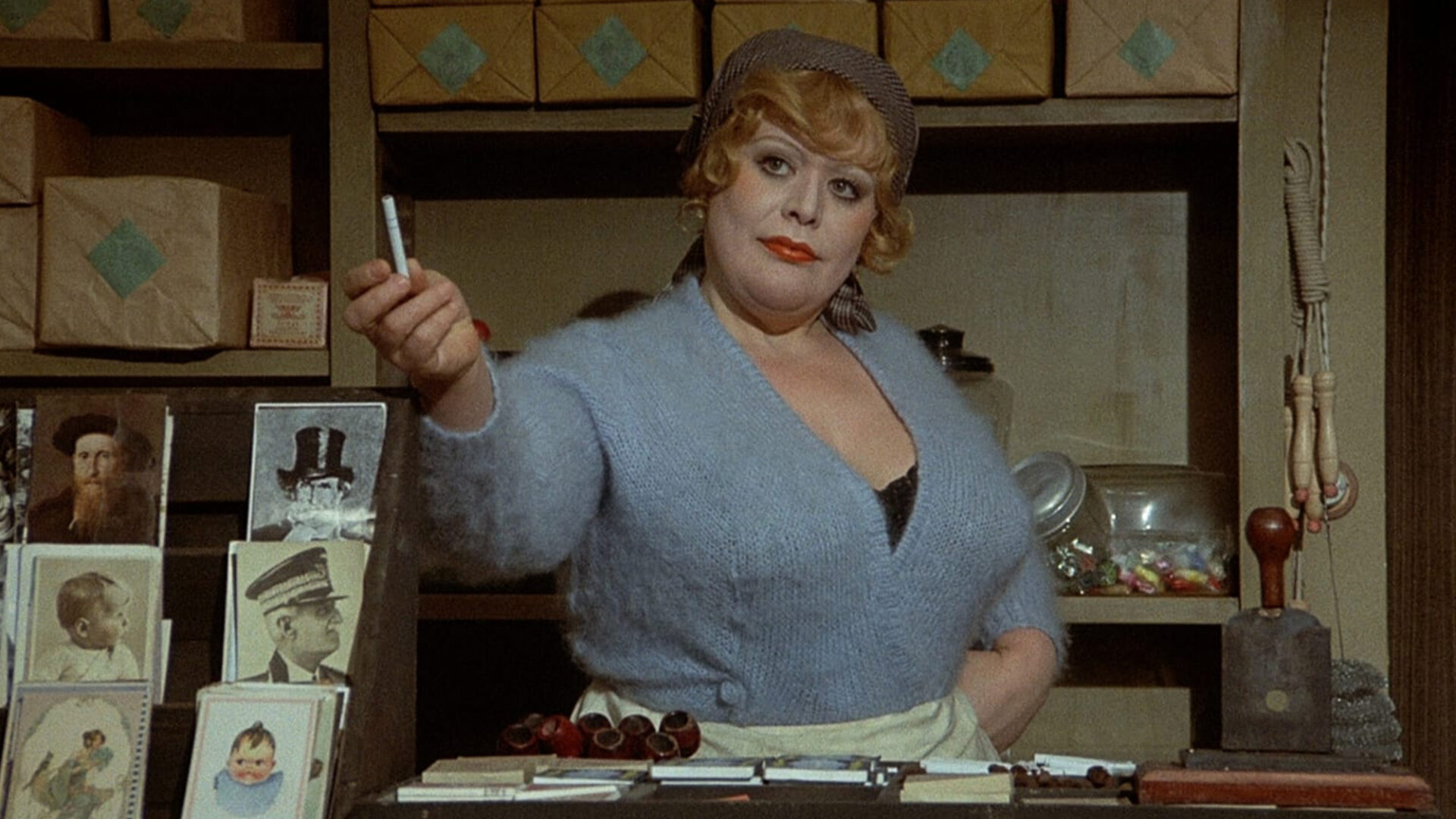 “What a triumph! Amarcord is even more beautiful than 8½.”

Fellini, rarely finer, delighted audiences with this affectionate fantasy vision of his boyhood, the fourth of the director’s works to win the Academy Award for Best Foreign Language Film. Hailed as a welcome return to form for the maestro after the extravagant excesses of Satyricon and Roma, Amarcord (the title is Romagnese dialect for ​“I remember”) is set in Fellini’s hometown of Rimini during the Fascist period. It follows the comic coming-of-age adventures of Titta (Bruno Zanin), a teenaged Fellini surrogate making his way through the minefields of religion, love, sex, politics, puberty, and family life. An inspired mix of memory, melancholia, imagination, bawdy humour, and nostalgia, the film is set to a memorable musical score by Fellini favourite Nino Rota. The screenplay, Oscar nominated, was co-written with the great Tonino Guerra, a key contributor to the cinemas of Antonioni, Rosi, the Tavianis, and Angelopoulos.

“A movie made entirely out of nostalgia and joy … It’s also absolutely breathtaking filmmaking.”

“A film of exhilarating beauty … Amarcord may possibly be Federico Fellini’s most marvellous film.”