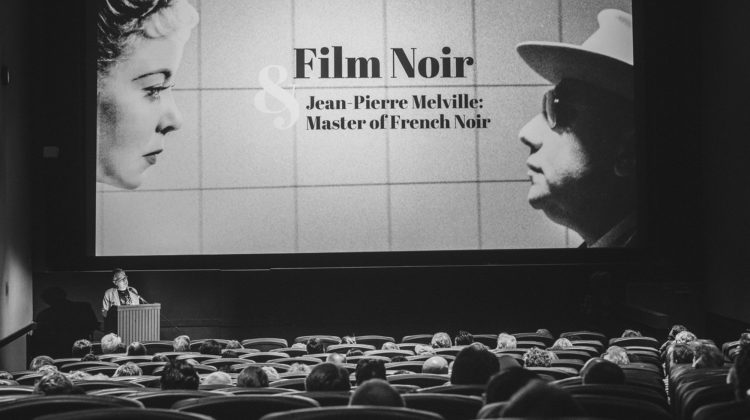 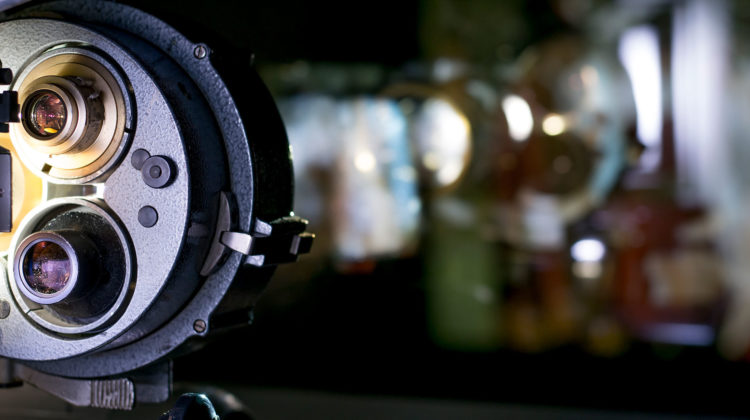 “Going to The Cinematheque is the closest thing to visiting Manhattan without leaving Vancouver … Its program is as innovative and entertaining as any you’ll find in New York.”

The Cinematheque, founded in 1972, is a film institute and media education centre devoted to understanding the art and history of Canadian and international cinema and the impact of moving images and screen-based media in our lives. Our public activities include a year-round calendar of curated film exhibitions devoted to important classic and contemporary films and filmmakers; and an array of community outreach programs offering interactive learning opportunities in film appreciation, filmmaking, media literacy, and critical thinking.

The Cinematheque’s collections include a Film Reference Library housing thousands of film-related books and periodicals, and a West Coast Film Archive holding some 2,000 Canadian motion pictures, including a core collection of historically and artistically significant British Columbian works.

We value cinema as a communal and transformative experience; believe in the importance of inclusivity and diversity in programming; and are committed to showcasing the finest achievements of local and national artists along with the best cinema from around the world.

“Cinémathèques now take on a job parallel to what museums do with painting and sculpture. They assemble, sort, analyze, and exhibit the culture of the world.”

We envision a society enriched by the understanding and appreciation of cinema as an art form and enlightened by thoughtful education about the impact of moving-image media in our lives. We are a cultural and educational institution that excites and educates our community about the art, impact, and legacy of cinema and screen-based media.

We value:
• Cinema as a communal and transformative art form
• Excellence in our programming, business, and brand
• Inclusivity and diversity in our programming and overall organization
• The fostering of local and national talent, and Canadian cinema overall
• Reaching, inspiring, and educating new audiences

The Cinematheque acknowledges that Vancouver is located on the unceded lands of the Coast Salish peoples, including the traditional territories of the Musqueam, Squamish, and Tsleil-Waututh First Nations.

The Cinematheque would like to thank the Canada Council for the Arts, the BC Arts Council, the City of Vancouver, our donors, our volunteers, and our audience for their ongoing support. 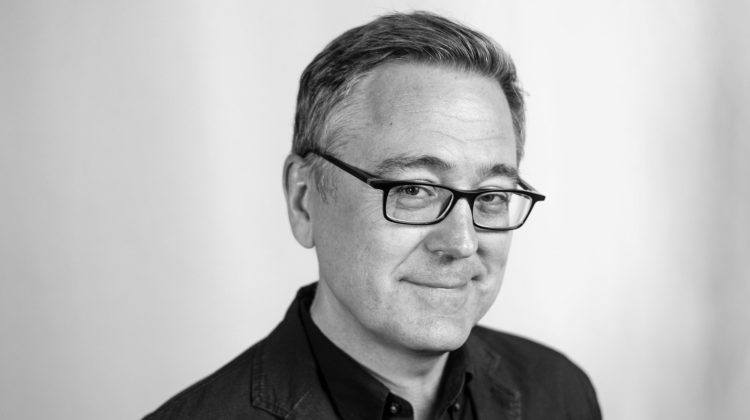 
Jim Sinclair has been curating Canadian and international films for more than thirty years. Born in Edmonton, he earned a Bachelor of Arts (B.A.) and a Bachelor of Laws (LL.B.) at the University of Alberta before moving to Vancouver to pursue graduate studies in film at the University of British Columbia. He joined The Cinematheque in 1987, became its Executive Director in 1991, and is responsible for overseeing the organization’s activities and curating its year-round program of film exhibitions. He has served on numerous film festival, government arts council, and film industry awards juries. In 2011, France bestowed the honour “Knight of the Order of Arts and Letters” on Sinclair for his work promoting French and European cinema in British Columbia. 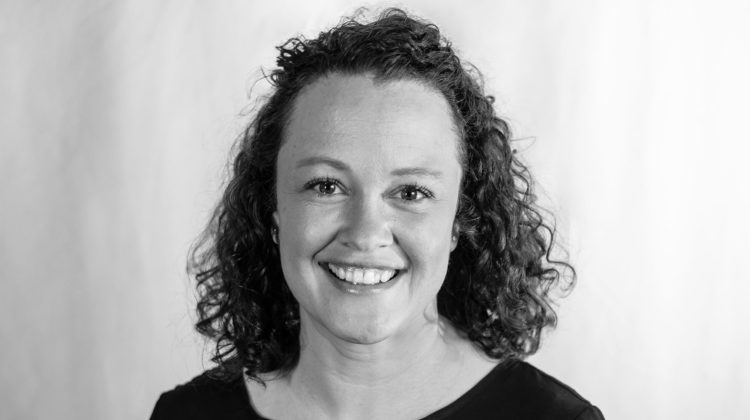 
Kate is responsible for the business management of The Cinematheque, including strategic planning, financials and budgeting, human resources, special events, fundraising, and grant-writing. She has a background working with several nonprofit and for-profit creative organizations and enjoys a deep appreciation for cinema. Kate has been with The Cinematheque since 2012; her favourite series presented since joining the organization was the Hou Hsiao-hsien retrospective in 2015. 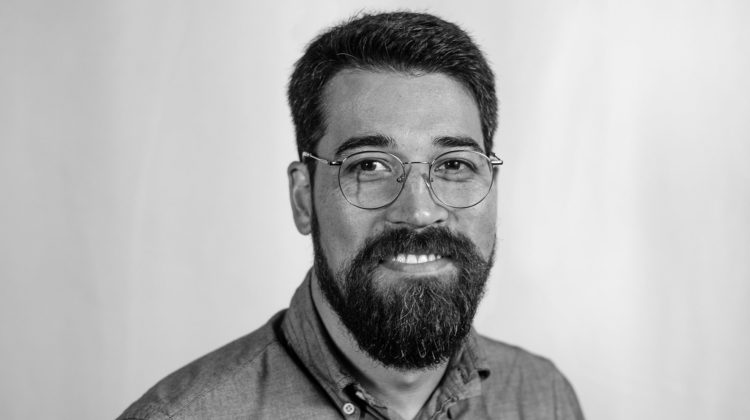 
Shaun holds a BA in Philosophy from the University of Victoria and an MA in Film Studies from the University of British Columbia. He has published essays on Jean-Luc Godard and Harmony Korine. At The Cinematheque, Shaun has programmed retrospectives on the films of Lucrecia Martel, Kelly Reichardt, Nicolas Roeg, and Claire Denis, among others. In 2015, he curated the screening series and art exhibition “Traces That Resemble Us,” and in 2016, the thematic series “This is Going to Hurt: A Cinema of Cruelty.” 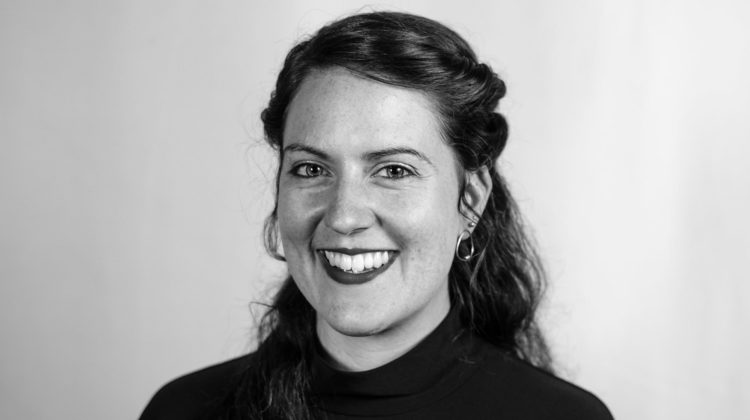 
Lizzie has a background in human-centred design and has worked with a range of public sector, non-profit, and cultural organizations to improve the audience experience and to tell the organization’s stories in new and creative ways. She is responsible for community and media engagement and designing the public facing assets of the organization. Talk to Lizzie about community partnerships, being added to The Cinematheque’s media list, and the various advertising opportunities that The Cinematheque has to offer. 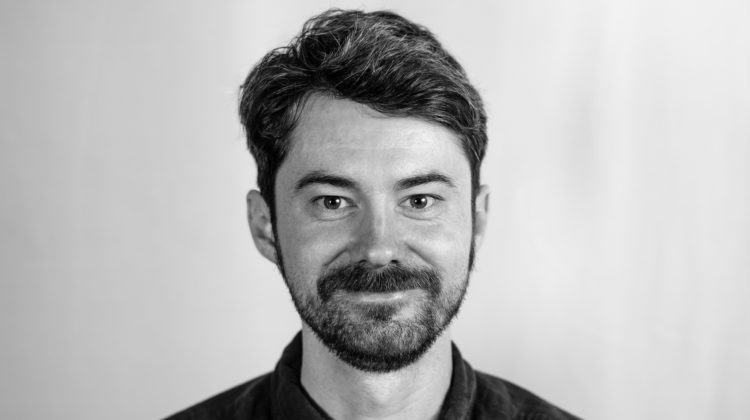 
Linton holds a BFA in Visual Art from Emily Carr University of Art and Design. He oversees all daily front of house operations, including but not limited to supervising and coordinating our team of exceptional theatre managers and volunteers, facilitating venue rental requests and general upkeep and maintenance of our lobby and theatre spaces. Linton has been with The Cinematheque since 2012. 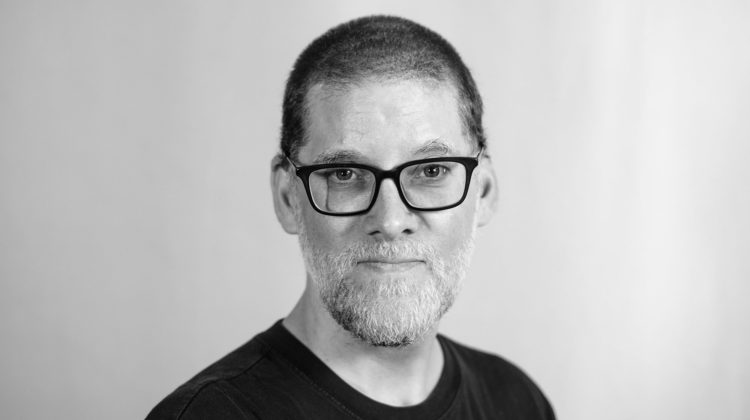 
Al has a background in mechanical engineering and became involved with film projection and production through the UBC Film Society. His projection background runs the gamut from a 16 screen Cineplex to the challenges of the old 3D IMAX cinema at Canada Place. At The Cinematheque, Al is responsible for everything hitting the screen right side up, in the correct shape, in focus, and hopefully at just the right volume. While enjoying the ease and flexibility of digital, there is still nothing like a nice sharp 35mm print; and Al revels in passing on film handling skills to new generations of projectionists. 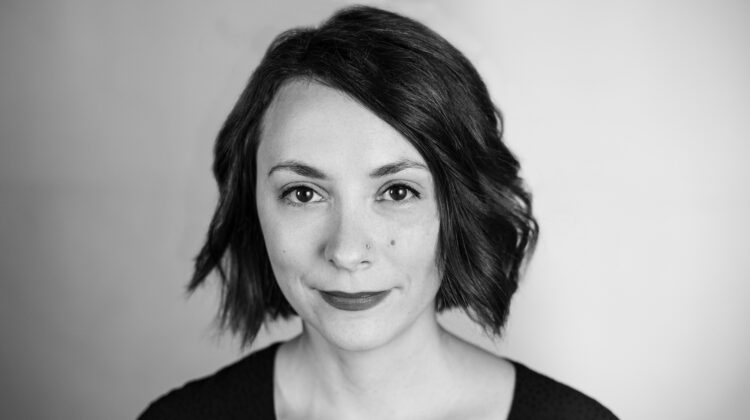 
Chelsea manages on and off-site learning programs for The Cinematheque. She has collaborated on a range of programs and events aimed at engaging her community with all aspects of film culture. Chelsea holds a PhD from the University of Glasgow and has over eight years of experience teaching film studies in the UK and across the Lower Mainland. She was the recipient of the 2017 SCMS Student Writing Award and her winning essay, “Objectivity, Speculative Realism, and the Cinematic Apparatus,” was published in Cinema Journal. Her first book, Limit Cinema: Transgression and the Nonhuman in Contemporary Global Film, will be published in 2021. 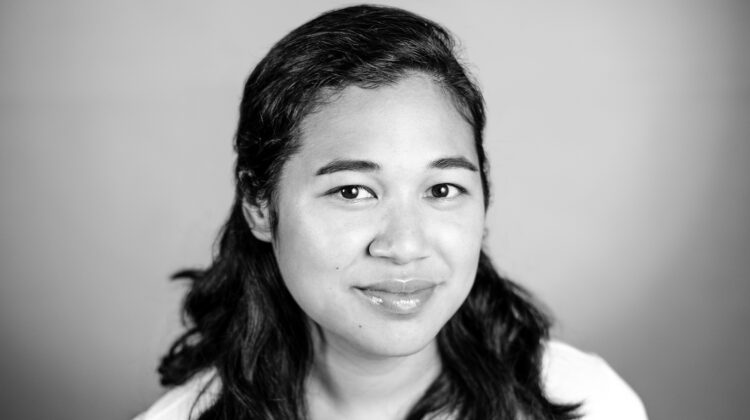 
Thea is a filmmaker and photographer who graduated from Simon Fraser University with a BFA in Film Production at the SFU School for the Contemporary Arts. She enjoys producing film projects related to her main interests in film which are Asian-Canadianism and religion. At The Cinematheque, Thea works to garner a growing sense of film appreciation in Vancouver by facilitating various filmmaking workshops and other educational projects in film.


Natalie is a yonsei (fourth generation Japanese Canadian) filmmaker and educator from Vancouver. She has a BFA in Film Production from Simon Fraser University. Her short films have screened at festivals such as the Asian American International Film Festival, Center for Asian American Media Festival, and Whistler Film Festival. Natalie sees the process of filmmaking as an environment for personal growth and hopes to provide this valuable experience to youth through Learning & Outreach’s various programs.

The Cinematheque Board of Directors

David Legault Chair, Board of Directors


David has been a film and television professional for twenty-five years. Now in his fourth year serving on the board, he is working to foster greater bonds between Vancouver’s film industry and The Cinematheque, especially in the realm of education and youth mentorship.

Nicole Prior Vice Chair, Board of Directors


Nicole is in-house counsel with BC Hydro, with a focus on employment, labour, governance, and safety law. She took a break from law in 2017/2018 to take on an eight-month temporary role as Director of Human Resources for BC Hydro. Nicole graduated from UBC with a Bachelor of Laws, and before law school attended McGill University. It was in Montreal that Nicole discovered a love of film. Working with The Cinematheque has given Nicole a rare opportunity to combine her interest in film with her professional experience.

Rudy Bootsma Treasurer, Board of Directors


Rudy joined The Cinematheque board after many years of being an avid art film supporter and then discovering the creative development work that The Cinematheque does for the enrichment of both film artists and enthusiasts. He is the founder and principal of Compendia, an accounting firm specializing in the Arts and Entertainment industry. He holds a BA in English Literature from SFU, an advanced intellectual property management certificate from WIPO, and a PBA accounting designation.

Tim Reeve Secretary, Board of Directors


Tim is a sustainability advisor and President of Reeve Consulting, one of Canada’s leading consulting firms specializing in responsible sourcing and sustainable supply chains. Tim is considered a Canadian thought-leader in helping organizations think about the social and environmental risks associated with what they buy, where it comes from, and the labour conditions under which it was made. His desire to contribute his planning and communication skills to good causes, combined with his love of documentary and foreign films, brought him to The Cinematheque, where he has been a Board Member since 2016.

Leah Mallen Member, Board of Directors


Leah helms the Vancouver-based company All In Pictures. She has produced feature films, documentaries, series, and interactive content for multiple distribution platforms. Credits include the documentary Coast Modern, which sold to Hulu and Sundance, and the acclaimed feature film Camera Shy with Cannes-award winning director Mark Sawers that garnered international and Canadian awards for Best Feature Film. She attended the Binger Film Lab in Amsterdam, is a graduate of the Canadian Film Centre, and has sat on many boards, including Hot Docs International Film Festival, DOCBC, and Canada’s First Weekend Club.

Erin Mussolum Member, Board of Directors


Erin has been working in the film and television industry for over twenty years — from running her own award-winning documentary production company to producing and developing for many of the top television and radio companies in Vancouver. Her work has been seen on CBC, Bravo!, CTV, Vision TV, Global, Knowledge Network, Corus, and PBS. She is currently the Co-Executive Director of Vancouver’s award-winning film program Crazy8s and president of Chickadee Creative, a marketing and communications company specializing in film and television industry.

Wynford Owen Member, Board of Directors


A retired accountant, Wynford has enjoyed his years working with a live theatre company and a professional sports organization here in Vancouver. In retirement, he is pleased to serve on the board of The Cinematheque, another organization that shows passion and commitment — this time to a mandate of showcasing film and moving images. He is especially proud of The Cinematheque`s recent education initiatives around media literacy and fake news issues.

Eric Wyness Member, Board of Directors


A satirist, novelist, pianist, and philanthropist, Eric is active in Early Music Vancouver and Friends of Chamber Music. Since an early age, Eric has played in many pop/rock/jazz groups such as Erik Settee & His Giant Coniferous Brain-Toupée, Greg Smith & the Cavaliers, Sid Warner & the Teabags (with Ross Douglas), The Flying Undercups (recording with Eugene Chadbourne), and parody bands such as The Flunkees ("Hey hey we're the Flunkees!"). He studied piano with Bob Rogers, theory and composition with Cortland Hultberg and Peter Maxwell Davies, poetry with Robin Blaser, literature with Patrick O’Neill, and harpsichord with Elisabeth Wright (who was a student of Leonhardt).

Our team of volunteers play an important role in The Cinematheque experience. They are the public face of our organization, selling you tickets at our Box Office and popcorn at our Concession. They help in our Film Reference Library and Archive, deliver our Program Guides and posters, and assist with our Learning & Outreach programs and tasks in the office.

Want to get involved? Check out our Volunteer Enrollment Form for more information and to register your interest. 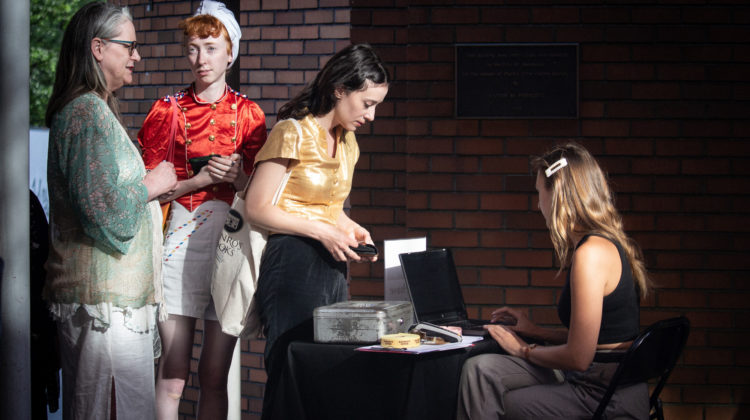 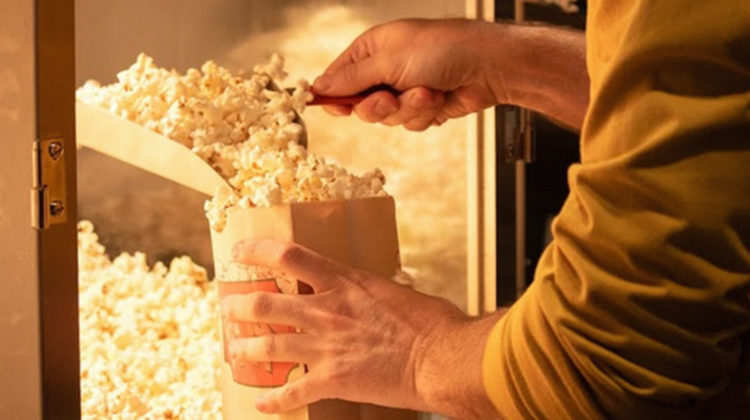