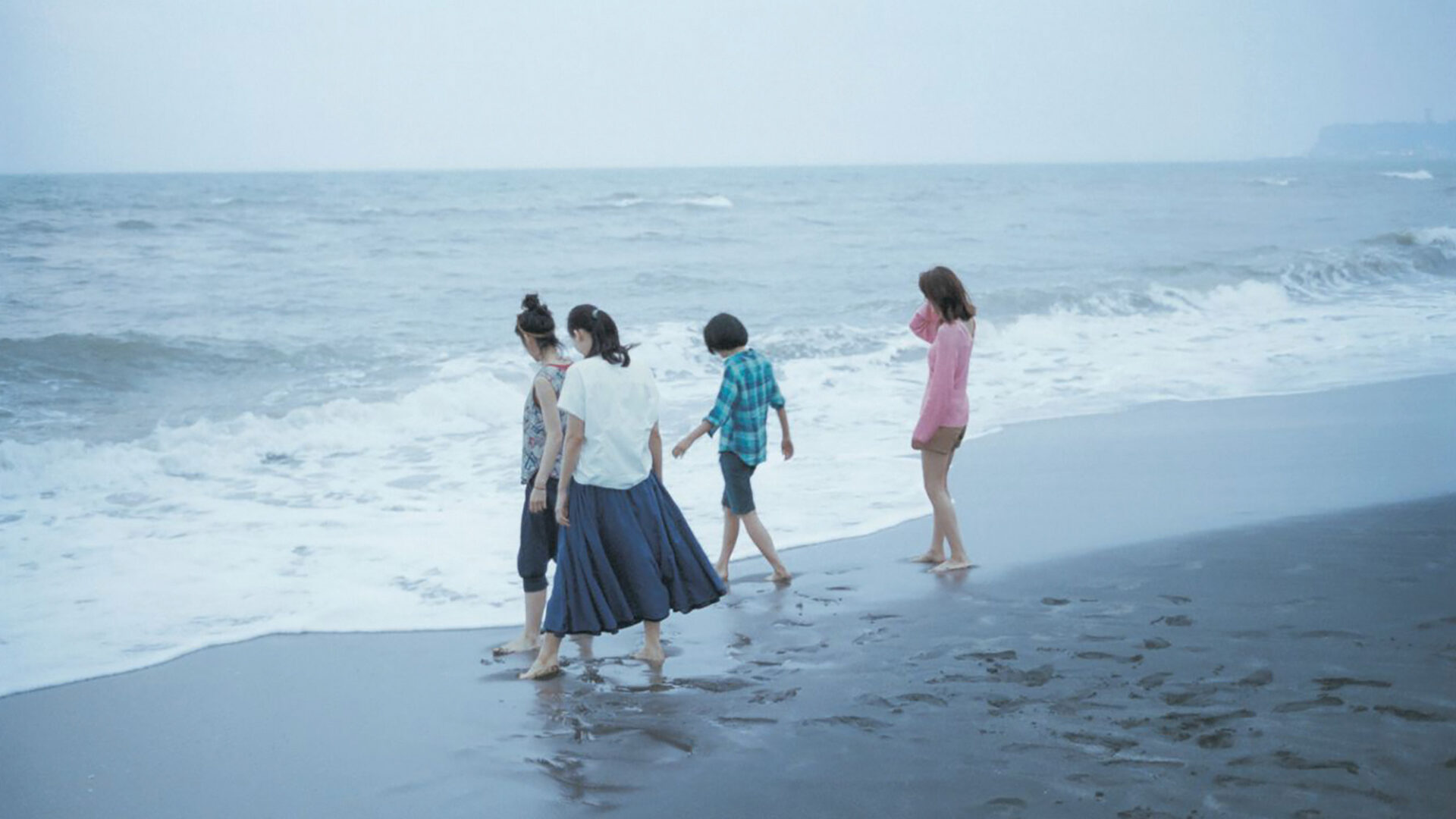 When Kore-eda Hirokazu’s masterful 2018 feature Shoplifters won the Palme d’Or at Cannes, it marked the first time in over twenty years that a Japanese film was awarded cinema’s highest prize. (The last, in 1997, was for Imamura Shohei’s The Eel.) How marvelous, then, that the triumphing work was less a one-off stroke of genius than a culmination of its maker’s signature themes and sensibilities, which the artist had been honing, picture by picture, for decades. In truth, Kore-eda had long ago assumed the mantle of Japan’s preeminent auteur.

Routinely cited as the modern heir to Ozu Yasujiro, Kore-eda shares with cinema’s great sensei an evergreen fascination with the family unit in contemporary Japan. His approach, like Ozu’s, is understated and deeply human, built on a belief that life’s daily rituals, simple joys, unreconciled emotions, and inevitable disappointments afford it meaning and a melancholic poetry. Sibling rivalry, filial duty, and intergenerational discord abound in both their oeuvres. But unlike Ozu, Kore-eda habitually uses the home as a way of engaging with larger issues besetting Japanese society: poverty, child abandonment, suicide, urban isolation. This social dimension of his work, this social realism, calls back to Kore-eda’s early days as a documentarian, and helps account for the nimble, naturalistic aesthetic he would gradually return to after the spare formalism of his feature debut Maborosi (1995). (“They compare me to Ozu. But I’m more like Ken Loach,” Kore-eda has insisted!) In turn, his tender tales of domestic lives touched, most often, by loss, feel intimate yet of the world, slices of life in the truest sense.

Resemblances aside (be they facile or fruitful), Kore-eda is a master filmmaker in his own right, and perhaps his greatest talent lies in his ability to ask, and leave unanswered, the question of what truly binds a family—blood or love? ​“Family Matters,” The Cinematheque’s first-ever retrospective honouring Japanese eminence Kore-eda Hirokazu, offers ten meditative and moving variations on that query. Occasioned by a new restoration of his brilliant second feature After Life (1998), this series showcases the finest of Kore-eda’s signature family portraits, and includes, among its other nourishments, rare 35mm screenings of childhood chronicles Nobody Knows (2004) and I Wish (2011), and the Vancouver premiere of The Truth (2019), Kore-eda’s Shoplifters follow-up and first picture shot outside of Japan.

“Kore-eda has created a body of work that’s as rich with feeling as it is modest in tone.” Jason Guerrasio, Filmmaker Magazine

“Kore-eda is the most gifted of the young Japanese directors … [He] has earned the right to be considered with Kurosawa, Bergman, and other great humanists of the cinema.” Roger Ebert

“Family Matters: The Films of Kore-eda Hirokazu” is generously supported by The Japan Foundation, Toronto.

The October 17 screening of After Life will include “Family Matters” opening remarks by Shaun Inouye, The Cinematheque’s Programming Associate.

The Government of Japan has recently requested that the long-held practice of rendering romanized Japanese names in Western order be abandoned. In acknowledgement, The Cinematheque will henceforth honour the traditional ordering of Japanese names—surname followed by given name (e.g. Ozu Yasujiro, Kurosawa Akira, Kore-eda Hirokazu). This is a practice we already follow in romanizing other East Asian names (for instance, Chinese and Korean) that traditionally use this ordering.