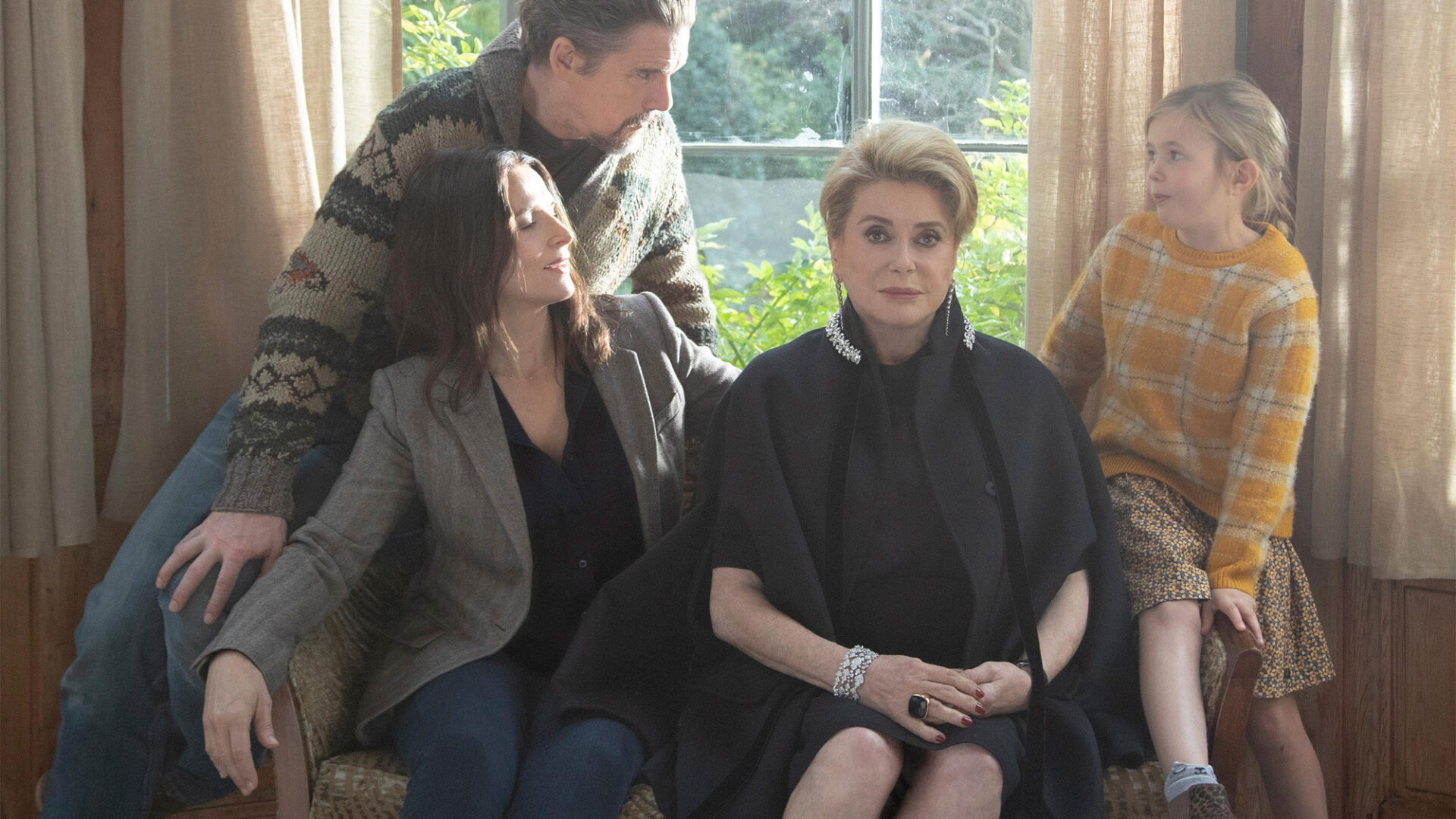 “This warm and quietly moving family portrait … eases forward with the kind of sensitivity and emotional intelligence that only a master storyteller can bring to the table.”

Any concern that Kore-eda Hirokazu’s auteurial talents would waver outside of Japan were put to rest with this superb France-made follow-up to Shoplifters, his Palme d’Or winner. And sure, casting Catherine Deneuve opposite Juliette Binoche probably didn’t hurt either! Deneuve is Fabienne, a vain, aging movie-star diva (and scintillating send-up of the legendary actress herself) whose daughter Lumir (Binoche), a screenwriter, arrives from New York with her not-great-actor husband (play by great actor Ethan Hawke) and young daughter. The family is there to celebrate the release of Fabienne’s memoir, which, once read, riles Lumir with its bogus accounts of maternal devotion toward her. Fabienne, meanwhile, starts shooting a sci-fi movie (based on an actual sci-fi story by Ken Liu) about a mother-daughter bond across time. Despite the many meta-layers at play, Kore-eda’s first non-Japanese film retains the director’s muted sensibilities and uncanny ability to plumb the hidden recesses of family relations. In French and English with English subtitles.

“A film of high wit and confidence and verve … Catherine Deneuve is magnificent.”

“Light, loose, and funny, a generational dance performed by pros … Kore-eda furthers his storied reputation as an artist humanely attuned to what transpires between those who know each other all too well.”