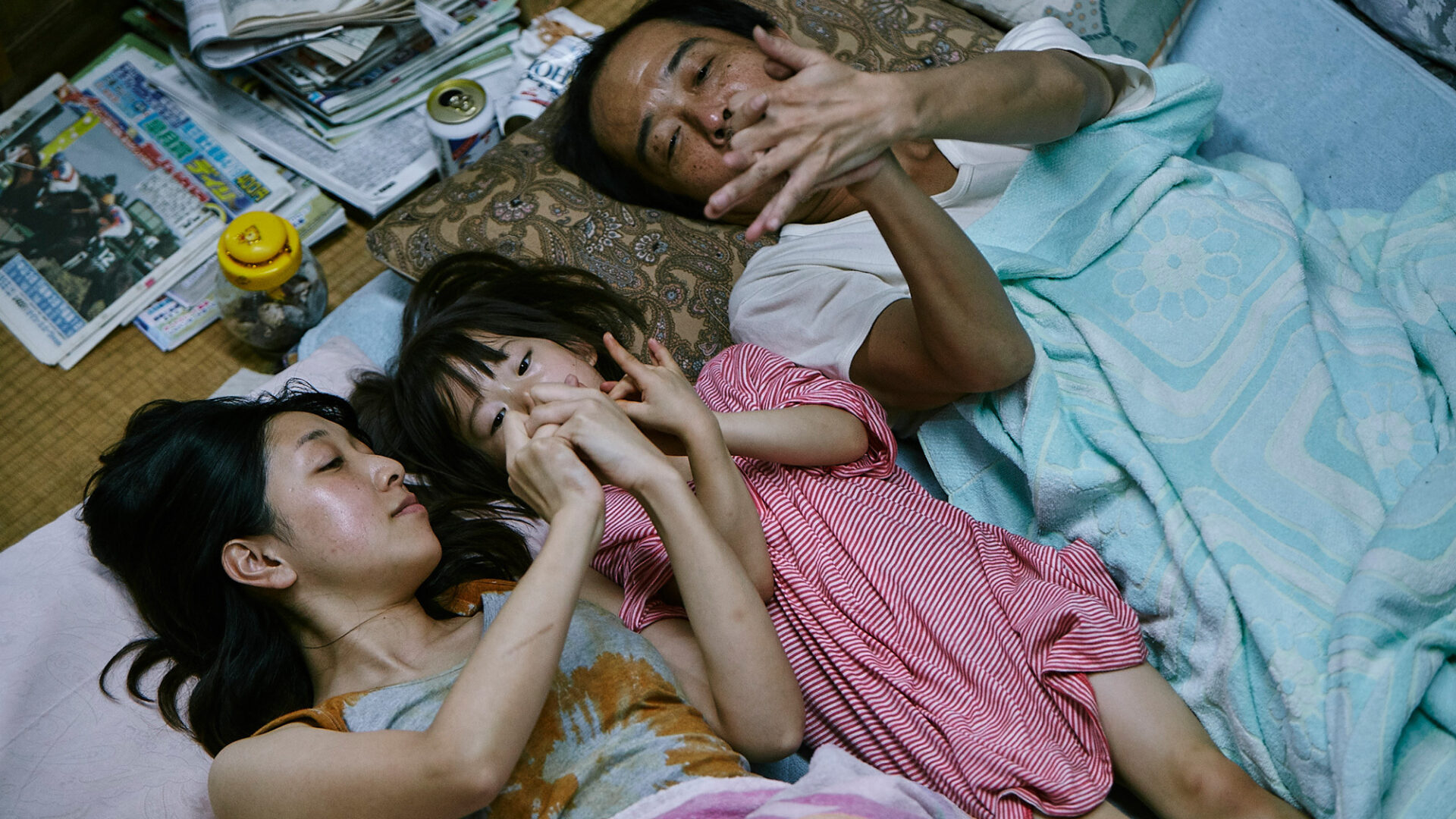 “This is the masterpiece that Kore-eda has been building towards for much of the 21st century, the staggering culmination of a cinematic inquiry that has motivated the most brilliant stretch of his body of work.”

Winner of the 2018 Palme d’Or at Cannes, Shoplifters feels like the apogee of Kore-eda Hirokazu’s career-long fascination with the contemporary Japanese family. Its deft blend of humour and humanism, social commentary and story intrigue—all served in Kore-eda’s hallmark low-key register—unsurprisingly earned it a spot on countless year-end best-of lists, not to mention an Oscar nomination for Best Foreign Language Film. The movie, set on the squalid outskirts of a recession-crippled Tokyo, observes the happiness and hardships of a makeshift family of outsiders, barely scraping by on meager wages, a widow’s pension, and groceries shoplifted by father figure Osuma (Lily Franky) and young Shota (Jyo Kairi), the film’s heart. The rescuing of an abused girl reshapes the dynamics of the household and poses serious consequences when police start investigating her disappearance. The insoluble question coursing throughout Kore-eda’s oeuvre—what makes a family?—is here given its most direct and heartrending examination.

“Shoplifters is a brilliant Dickensian tale for a modern age … A warm, heartfelt, and engrossing experience that’s entirely deserving of the Palme d’Or.”

“A brilliant and audacious film, one of [Kore-eda’s] very best … Rich, satisfying and deeply intelligent.”