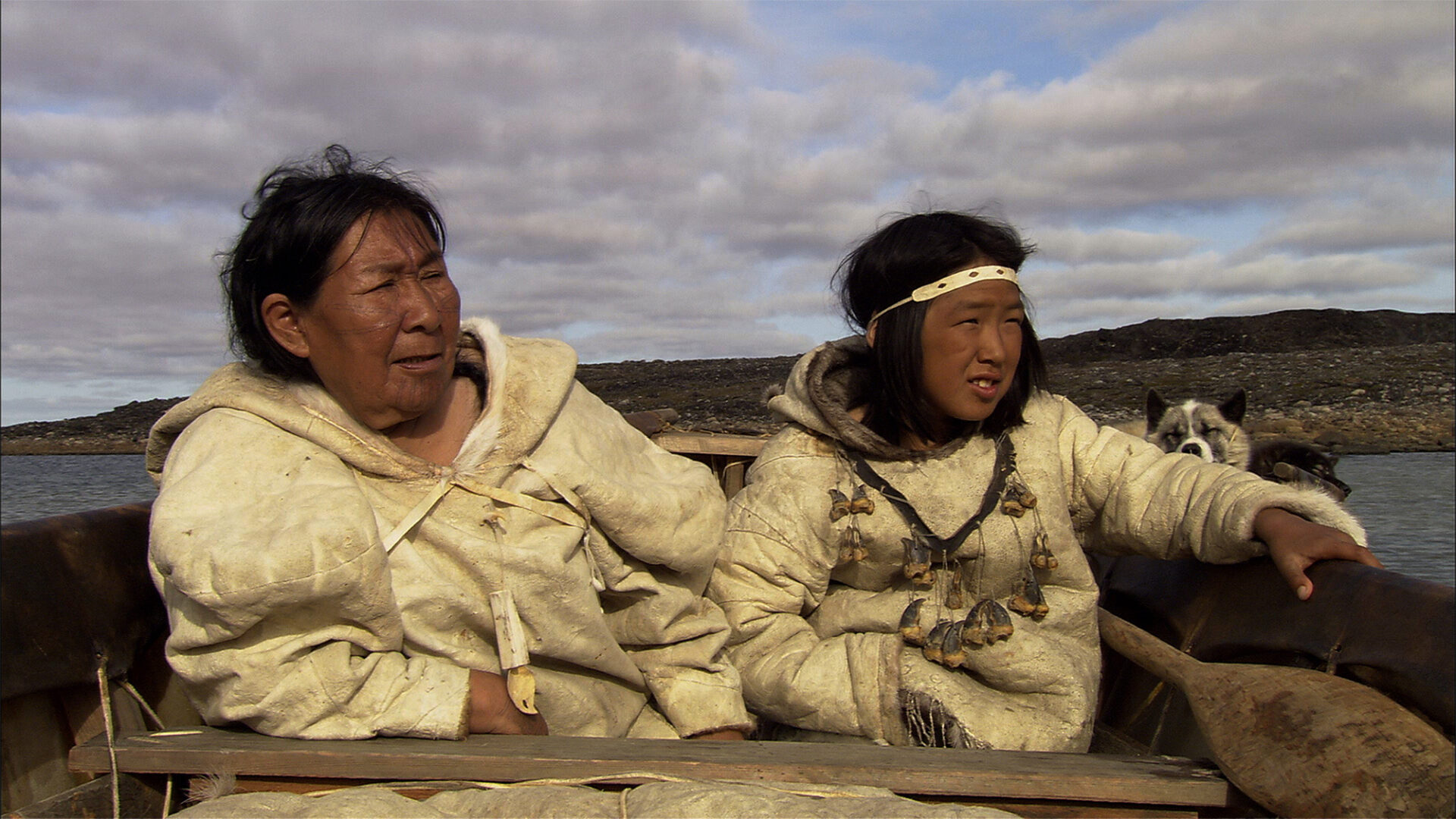 “Our productions give an artist’s view for all to see where we came from: what Inuit were able to do then and what we are able to do now.”

The Inuktitut word ​“isuma” means ​“to think” or ​“to foster a state of thoughtfulness.” For Isuma, the Inuit-operated media arts collective based in Igloolik, Nunavut, that mindful outlook has been the animating ethos behind a groundbreaking, internationally celebrated body of work that, for over thirty years, has respectfully, thoughtfully brought Indigenous stories to the screen.

Isuma started as Igloolik Isuma Productions, Canada’s first Inuit-owned production company. Formed in 1990 by partners Zacharias Kunuk, Paul Apak Angilirq, Pauloosie Qulitalik, and Norman Cohn (the only non-Inuk in the outfit), the studio set about making independent, community-based film and media art in the Inuit language, from an Inuit perspective. Notwithstanding the significance of their early video productions—notably the 13-part reenactment series Nunavut (Our Land) (1995)—few could have predicted the staggering scope, critical success, or enduring cultural impact of the team’s astonishing full-length debut, Atanarjuat: The Fast Runner (2001), a watershed work of Canadian and Indigenous cinema. The three-hour epic—directed by Kunuk, shot by Cohn, and written by Angilirq, who succumbed to cancer before the film’s completion—was the first feature made entirely in the Inuktitut language, and is routinely cited as one of Canada’s greatest films (the greatest, according to a 2015 poll conducted by TIFF).

After Atanarjuat, Isuma continued to hold the film world’s attention with acclaimed, prize-winning productions directed or co-directed by Kunuk, as well as, in 2008, the debut feature of Arnait Video Productions, Igloolik’s all-female filmmaking collective. In 2010, Igloolik Isuma Productions dissolved and became Kingulliit Productions, with ​“Isuma” now serving as the overarching identity for a constellation of Indigenous-centring projects and media outgrowths, including IsumaTV, the world’s first website devoted to Indigenous media art, and Digital Indigenous Democracy, an initiative to network Inuit in low-bandwidth communities to share information and provide council on resource-extraction projects in the region.

In 2019, just shy of its thirtieth birthday, Isuma was chosen to represent Canada at the 58th Venice Biennale, marking the first presentation of Inuit art at the Canadian Pavilion.

In conjunction with National Indigenous Peoples Day 2022, The Cinematheque is proud to present an exhibition of Inuktitut-language film works by Isuma, the trailblazing studio and media arts collective that introduced Inuit cinema to the world. All four of Kunuk’s narrative features will screen, with Maliglutit (2016), his brilliant revisionist Western, free to watch on NIPD proper (June 21). Also included in the showcase is Marie-Hélène Cousineau and Madeline Ivalu’s Before Tomorrow, the first feature by women’s collective Arnait, and an ​“Isuma Spotlight” program on Inuit shamanism, a subject Kunuk has devoted two films to.

“Isuma ᐃᓱᒪ: To Think, To See” is free to Indigenous peoples

SG̲aawaay Ḵ’uuna (Edge of the Knife) (2018), Gwaai Edenshaw and Helen Haig-Brown’s landmark Haida-language film, was produced by Kingulliit and distributed through Isuma. It screened at The Cinematheque as part of National Canadian Film Day in April.