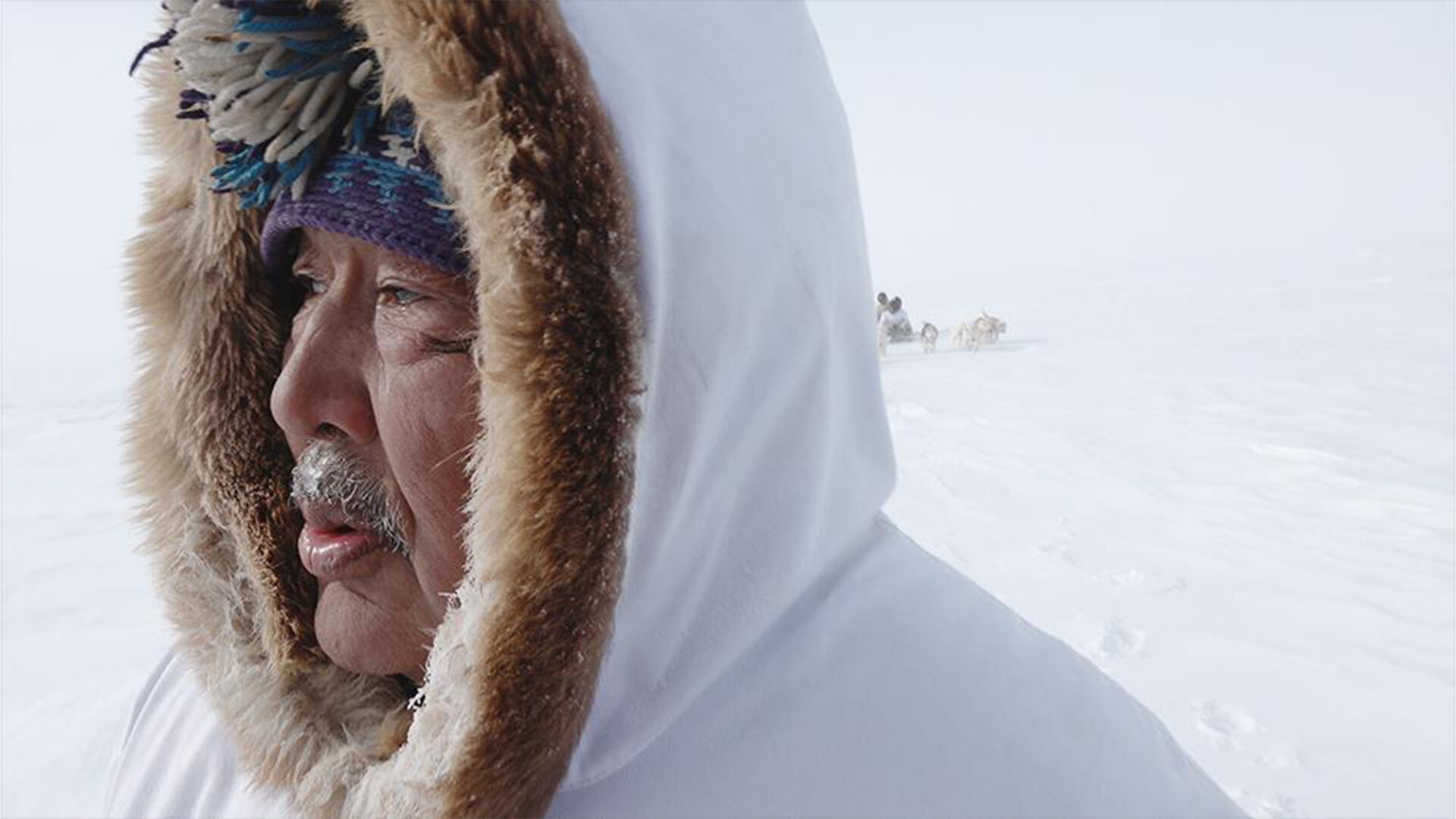 “A slow, blackly comic, and intensely important study in all that got lost in translation.”

Acclaimed Inuk filmmaker Zacharias Kunuk’s fourth and still most recent feature is a considered, quietly devastating account of Canada’s assimilationist agenda in the Arctic. Set over a single day in 1961 on north Baffin Island, One Day in the Life of Noah Piugattuk dramatizes a critical encounter between the titular character (Apayata Kotierk), an Inuk hunter, and an Indian Agent (Kim Bodnia) tasked with persuading Piugattuk and his nomadic band to relocate to permanent settlements and enroll their children in school. The film, conceived by Kunuk with frequent collaborator Norman Cohn, was drawn from oral history and has roots in the director’s personal past: Kunuk was born in Piugattuk’s camp shortly before the events portrayed. Premiered at the 58th Venice Biennale as part of Isuma’s exhibition at the Canadian Pavilion, One Day won Best Canadian Feature at VIFF and was named one of Canada’s Top Ten films of 2019 by TIFF. In Inuktitut and English with English subtitles.

“The emotional and historical layers in the film make it one of [Kunuk’s] finest works.”

“A valuable portrait of resilience … The film honours [Piugattuk’s] life, and those of the Inuit community.”