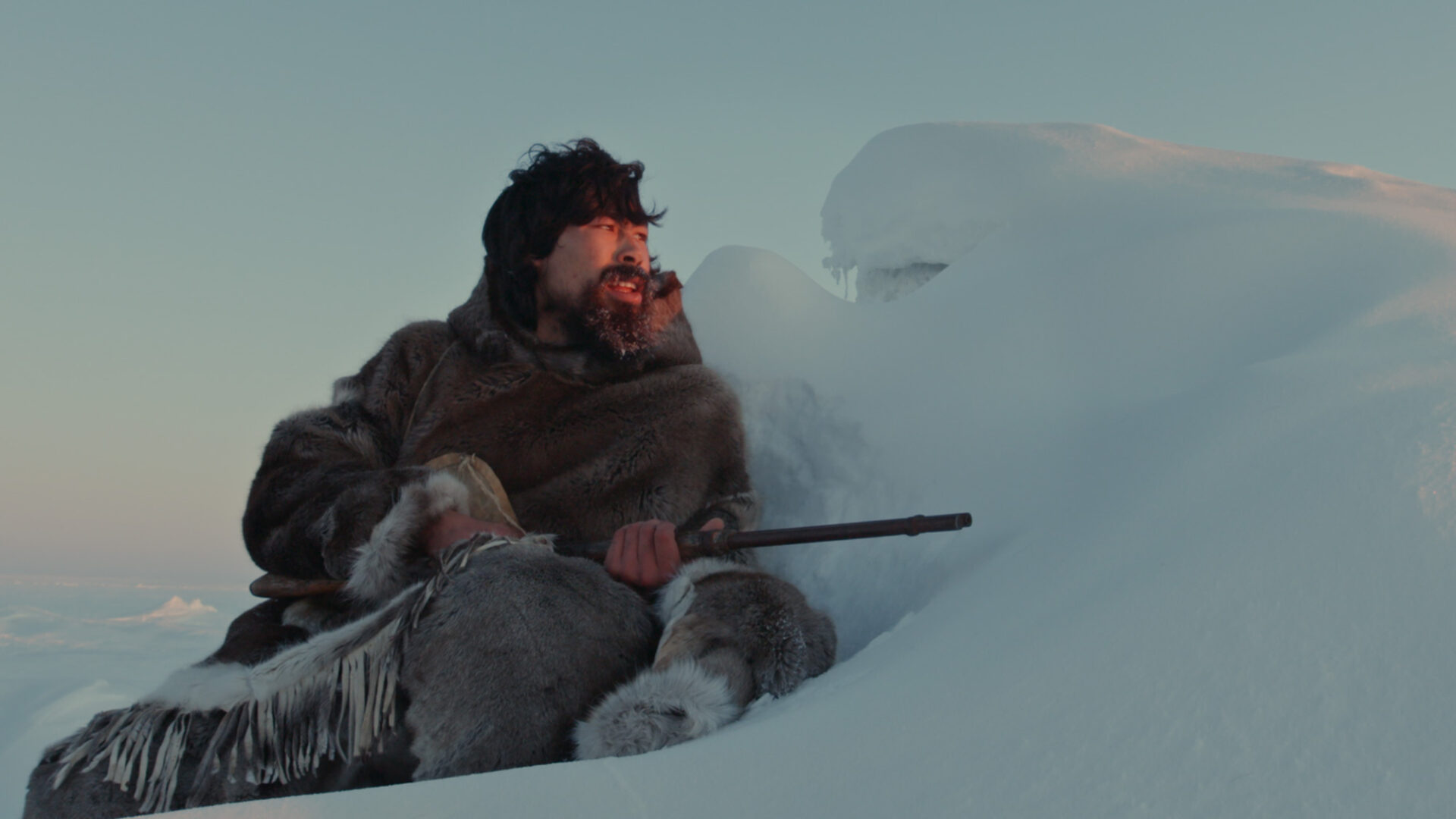 “Kunuk has created another timeless fable of the Far North.”

The Western goes Northern in Zacharias Kunuk’s masterful third feature, co-directed with Atanarjuat actor Natar Ungalaaq and made through Kingulliit Productions, the successor to Igloolik Isuma Productions. Drawing inspiration from John Ford’s seminal 1954 Western The Searchers (from which Maliglutit takes its English title, sans article), this captivating, crystalline rescue-revenge story, set across the Arctic tundra of 1913 Nunavut, has an Inuk caribou hunter (Benjamin Kunuk) in pursuit of marauders who ravaged his home and abducted his wife. Co-writers Kunuk and Norman Cohn, Isuma principals both, cleverly absorb and undress the archetypes of the Western, telling a generic tale of violent retribution that forgoes the cowboy-“Indian” binary. Cinematographer Jonathan Frantz (also co-producer) captures the immensity of the barren frozen landscape on a scale befitting Ford’s Monument Valley vistas. The cast, many non-actors, is entirely Inuit; Inuk throat singer Tanya Tagaq contributes to the soundtrack. In Inuktitut with English subtitles.

“With a tale as timeless as the landscape in which it is set, Canada’s foremost Inuk filmmaker has provided us with another classic.” TIFF

This complimentary National Indigenous Peoples Day screening of Maliglutit is presented as part of ​“Cinema Thinks the World,” a partnership project between UBC and The Cinematheque. After the film, there will be a short reception followed by a one-hour panel talk with audience discussion.

William Brown is a filmmaker and an Assistant Professor in Film Studies, Department of Theatre and Film, at the University of British Columbia. He is the author of numerous books, including the forthcoming monograph Navigating from the White Anthropocene to the Black Chthulucene (Zer0 Books).

Jonathan Frantz is a member of the Isuma art collective and a frequent collaborator of Zacharias Kunuk. He was cinematographer and co-producer on Maliglutit, a dual role he repeated for Kunuk’s follow-up One Day in the Life of Noah Piugattuk (2019) and the Haida Gwaii-set film SG̲aawaay Ḵ’uuna (Edge of the Knife) (2018).

Ilinca Iurascu is an Associate Professor in German Studies, Department of Central, Eastern, and Northern European Studies, at the University of British Columbia. She teaches media theory, nineteenth- and twentieth-century German literature and cultural studies, film studies, and early cinema.

Christopher Rea is a Professor in Modern Chinese Literature, and Associate Head, External of the Department of Asian Studies, at the University of British Columbia. He is the author of numerous books, including Chinese Film Classics, 1922–1949 (Columbia UP, 2021).