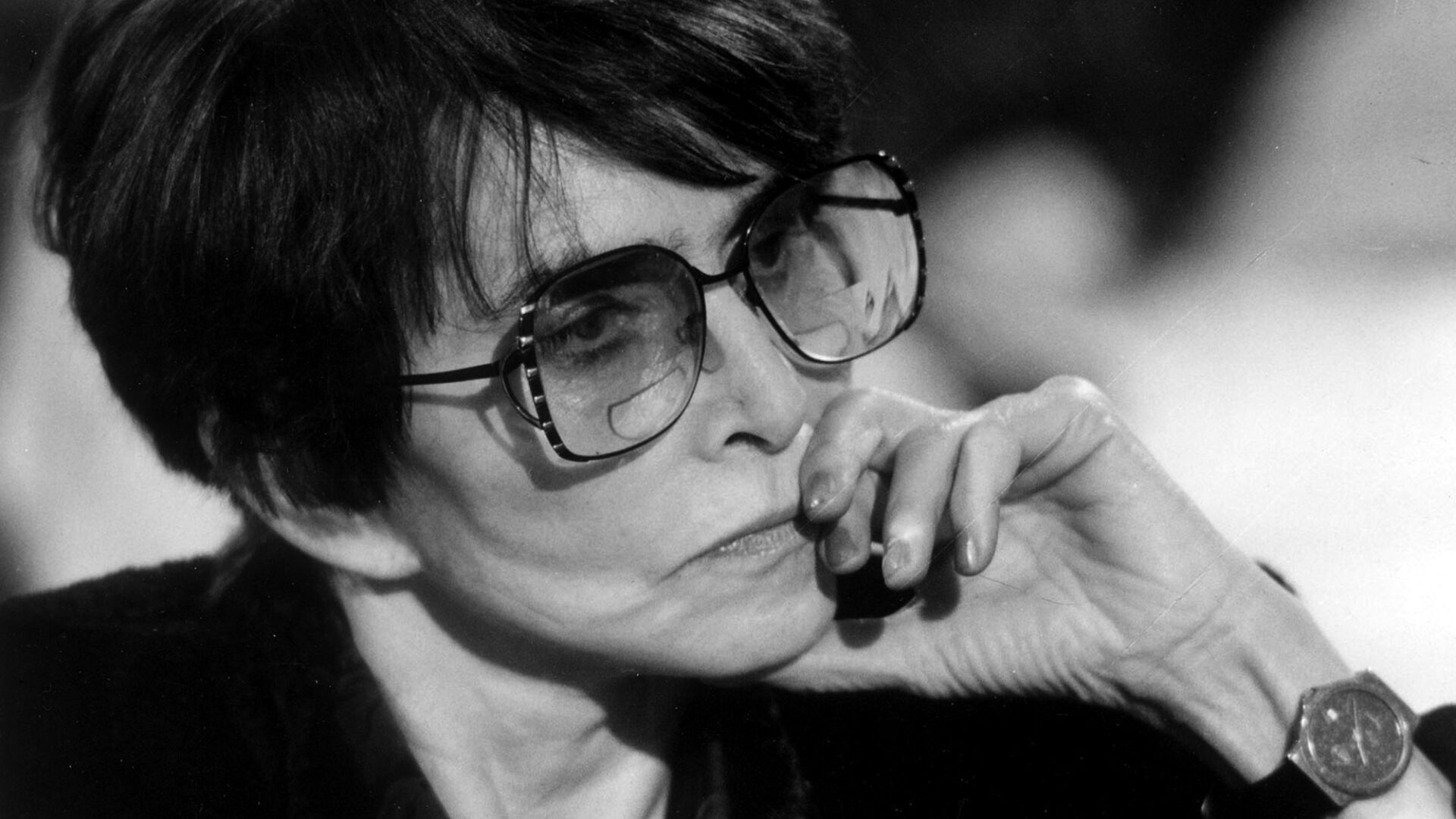 “A visionary artist and activist, as well as a trailblazing example for female directors across the globe … Chytilová devoted herself with revolutionary fervour to breaking the conventions of female representation on screen.”

A formal innovator, feminist, film surrealist, and political gadfly, Věra Chytilová (1929–2014) was a central and singular figure in Czech cinema. One of the most prominent filmmakers of the Czechoslovak New Wave of the 1960s, and the only major female director of that cohort, Chytilová was a philosophy student and a fashion model before entering FAMU, the state film school, at the age of 28 — the first woman admitted to FAMU’s directing program. Chytilová’s earliest films combined cinéma vérité with daring experimentation to launch spirited, madly stylish attacks on sexism and materialism. Ceiling (1961), her impressive graduation film, provided a harbinger of Chytilová’s defiant themes and daring aesthetic strategies, and drew on her own experiences in modelling. Something Different (1963), her first full feature, was a further declaration of artistic intentions: to make films from a perspective — female — different from the male viewpoint customary in cinema. Her chef d’oeuvre remains the dazzling Daisies (1966), one of the most remarkable films of the psychedelic and subversive 1960s. Banned by Czechoslovak authorities for a year — in part because of outrage over the giddily anarchic film’s ​“wastage of food … the fruit of the work of our toiling farmers” — Daisies went on to win international attention and acclaim for Chytilová, and is now regularly cited as one of the ten greatest films directed by women. It was followed by the equally arresting Fruit of Paradise (1969), a boldly stylish, highly symbolic allegory of male-female relations.

Chytilová’s extravagant work of this period marked her as a radically original film artist, and earned her favourable comparisons to other unorthodox anti-realists: Federico Fellini, Sergei Paradjanov, Alejandro Jodorowsky. In the political and artistic clampdown that followed the 1968 Soviet-led invasion of Czechoslovakia, this unorthodoxy also put her out of work. After Fruit of Paradise, it would be seven years before Chytilová received approval to start another project. Only after she wrote an open letter to Czechoslovak president Gustáv Husák, published in Western newspapers, was she allowed to resume filmmaking.

Chytilová’s subsequent films retained much of her iconoclastic bent and acerbic bite, even as she gradually moved towards a more realist aesthetic approach. Her barbed social satire Panelstory (1979) earned bureaucratic ire for its witty swipes at chronic shortages, shoddy workmanship, and official incompetence and corruption in Czechoslovakia. The decidedly weird Wolf’s Hole (1987) used the conventions of horror and science fiction as the basis for a political allegory about group psychology and totalitarianism. ​“I want to direct science fiction or fantasy,” Chytilová had said in a 1978 interview, ​“because it’s the only way to show reality.”

Chytilová continued to direct provocative films informed by a subversive, satirical, and feminist sensibility in the post-Communist period, skewering the excesses of the Czech Republic’s new capitalist order (a system hardly more sympathetic to her brand of cinema than the old ČSSR had been). She also mentored generations of new filmmakers as a professor at FAMU, where she taught for many years.

“In her integrity, artistic boldness, and originality, and in her ability to survive the most destructive social and political catastrophes,” Josef Škvorecký, the distinguished Czech (and Canadian) critic and novelist, wrote, ​“Chytilová is a unique phenomenon in post-invasion Czech cinema.”

“Of the most imaginative and ingeniously subversive of the European new waves, she was the most unruly and colourful representative.”

“One of the key directors of the New Wave … Her films place her at the forefront of modernist developments in the cinema of the Sixties.”

“Dazzling … One of the Czech New Wave’s most rebellious, irreverent, and boundary-breaking talents.”

This touring retrospective is produced by Comeback Company (New York). It originated at the Brooklyn Academy of Music in partnership with the Czech Film Fund. Curated at BAM by Jesse Trussell. Films provided by the Czech National Film Archive, Negativ Film, and Janus Films.