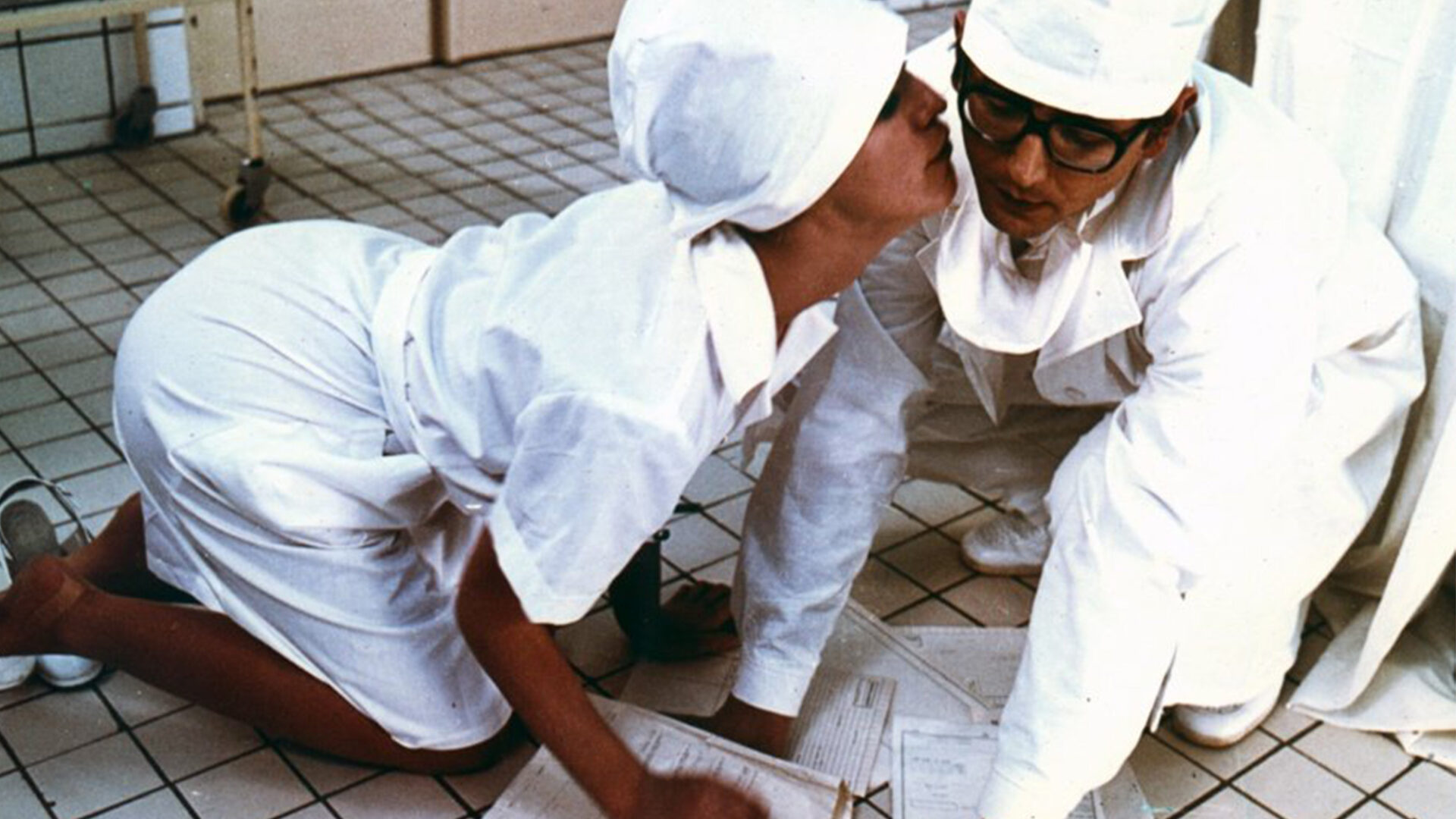 “The best film to emerge in ten years of Czechoslovak cinema — recalling such masterpieces as Closely Watched Trains and The Fireman’s Ball.”

The Communist authorities effectively banned Věra Chytilová from filmmaking for seven years following the 1968 Soviet invasion of Czechoslovakia. The Apple Game, her comeback film, was made only after Chytilová publicly petitioned Czechoslovak president Gustáv Husák to intercede on her behalf. Chytilová applies her distinctive feminist and anarchic sensibilities to screwball comedy in this spirited battle-of-the-sexes farce. Fellow New Wave director Jiří Menzel (who died in September) plays a philandering gynecologist involved with a young nurse (Dagmar Bláhová, excellent) while also continuing his long-time affair with the wife of a close colleague. Chytilová’s camera is uncommonly matter-of-fact about the realities of birthing, nursing, and reproductive medicine. The Apple Game was the iconoclastic director’s most accessible work yet. It was also, with its pointed look at gender and morals, a rare highlight amidst the otherwise bland, ​“normalized” Czechoslovak cinema of the period.

“Love, sex, liberation, childbirth … One of the most delightful films on women’s lib made in recent times … A comedy in the Czech tradition of rich humour.”