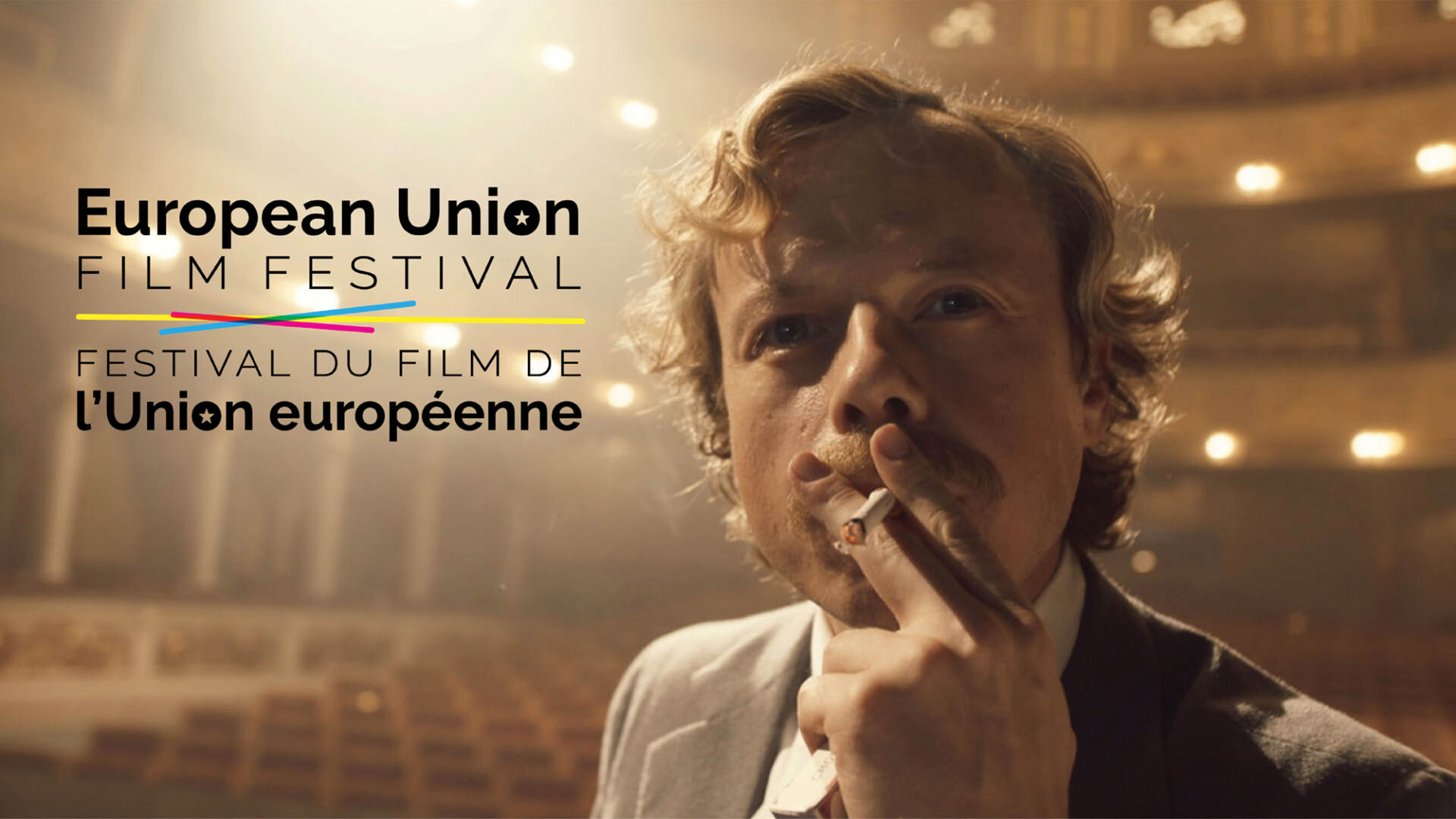 Europe without the jet lag!

After a two-year hiatus as an in-theatre festival, the European Union Film Festival returns for a special hybrid edition that brings the latest in European cinema to your screen and, at last, ours too! Proudly presented with festival partners in Ottawa (Canadian Film Institute) and Toronto (EU Toronto Film Festival), along with the member states of the European Union and the Delegation of the European Union to Canada, this year’s festival features entries from all 27 EU members. Each film will screen theatrically at The Cinematheque, with a majority of titles becoming available to rent online at euf​fon​line​.ca in the days following their in-person presentations. (A new virtual title will be released daily, from November 18 to December 10.)

In a show of solidarity with Ukraine, this 2022 edition of the EUFF includes a special presentation of the acclaimed Ukrainian film Klondike, organized in partnership with the Embassy of Ukraine to Canada. Proceeds from the Vancouver screening will benefit the Maple Hope Foundation, a Canadian not-for-profit organization committed to helping people suffering from the war in Ukraine.

Whether in person, at home, or some convenient combination of both, don’t miss our annual showcase of excellence in contemporary European cinema, marking its 25th anniversary at The Cinematheque this year!

Complete this short survey for a chance to win a pass to next year’s (2023) EUFF!

Please note: Tickets to in-person screenings do not include access to online EUFF offerings, nor vice versa.