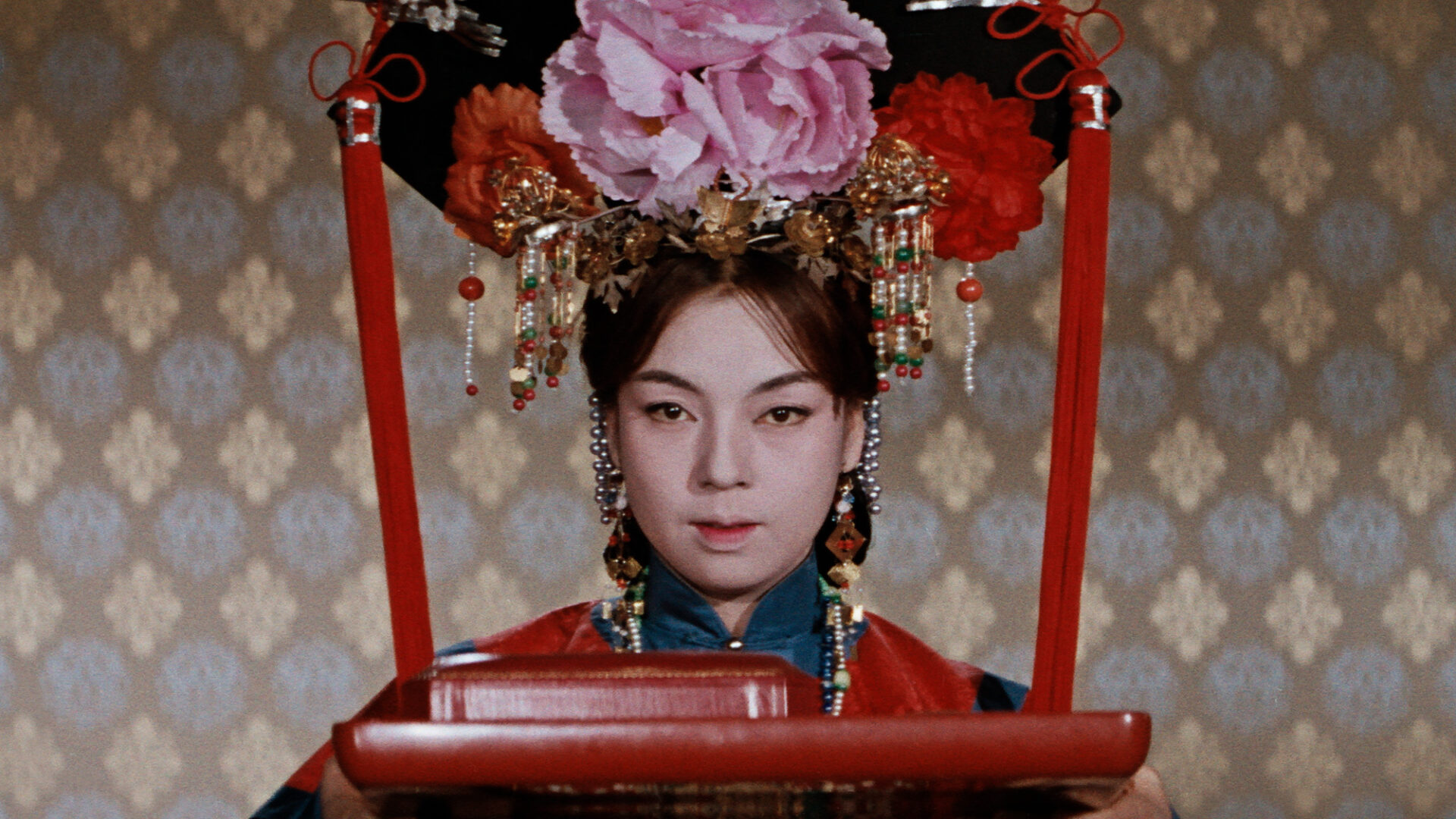 “The six films Tanaka directed disrupted the dominant representations of women in Japanese cinema of the time … It’s high time that Tanaka’s achievements as a director were more widely appreciated—and seen—alongside her unassailable position as one of Japanese cinema’s greatest actors.”

The formidable acting career of Tanaka Kinuyo (1909–1973), who starred in masterpieces of Japanese cinema by Mizoguchi Kenji, Naruse Mikio, and Ozu Yasujiro, has long overshadowed her pioneering status as a film director—Japan’s first (and for a long time, only) female filmmaker of the postwar period.

Born and raised in Shimonoseki, Yamaguchi, before relocating to Osaka as an adolescent, Tanaka, a gifted biwa (Japanese lute) musician, made her screen debut at age fourteen in 1924’s Woman of Genroku, the first of many performances under contract for Shochiku studios. Her earliest leading role arrived a few years later, in Ozu’s silent (and now mostly lost) film I Graduated, But…, and subsequent top-billings continued throughout the 1930s; so popular was she that her given name, Kinuyo, was even used in the titles of her pictures (e.g. The Story of Kinuyo; Kinuyo’s First Love)! After the war and a parting of ways with Shochiku, Tanaka achieved international stardom for her indelible collaborations with Japanese eminence Mizoguchi Kenji. Their actor-director partnership produced such Golden Age finery as The Life of Oharu, Ugetsu, and Sansho the Bailiff. At the same time—and in defiance of Mizoguchi’s expressed disapproval, which eventually severed their professional relationship—Tanaka became a director herself, only the second woman in Japan to do so. (Sakane Tazuko, also a Mizoguchi affiliate, was the first.)

Availed by her celebrity and close ties with respected directors (like Ozu and gay filmmaker Kinoshita Keisuke, both of whom wrote scripts for her), Tanaka gained entrée into the male-fortified studio system and, between 1953 and 1962, directed six feature-length films. Staunchly female-centric and operating in the same romantic-melodramatic register that she, as an actor, was famed for, these consummate works broached such neglected gender-based themes as the disgrace faced by ​“comfort women” after the war (Love Letter), the plight of sex workers in the wake of Japan’s anti-prostitution laws (Girls of the Night), and, in her most celebrated picture, the life-altering impact of being diagnosed with breast cancer (Eternal Breasts). Tanaka increasingly surrounded herself with a coterie of female collaborators (screenwriters Tanaka Sumie and Wada Natto; stars Tsukioka Yumeji and Kyo Machiko) and adapted stories penned by, and about, women. She released her final directorial effort, the period-drama Love Under the Crucifix, in 1962, and continued acting throughout her remaining years. She died in 1977 of a brain tumour.

This touring retrospective collects the entirety of Tanaka’s overlooked—and, in turn, rarely seen—output as a director. The half-dozen films have been restored by their original studios (Nikkatsu, Toho, Shochiku, and Kadokawa) and come to The Cinematheque following acclaimed engagements at Cannes 2021, the Tokyo International Film Festival, and Film at Lincoln Center.

“One of the most criminally understudied directors of the postwar Golden Age in Japanese cinema … A singularly dedicated and individual artist in her own right.”

“Tanaka’s staging is masterful … Her style was less reserved than Ozu, less heroic than Kurosawa. She was closer to Michael Curtiz, perhaps, in her depictions of love and heartache, her brilliant scene breakdowns, and her total control.”

“Tanaka’s six films as a director stand as a testament to her determination to tell stories that reflect female experiences and desires from an authentic female point of view.”