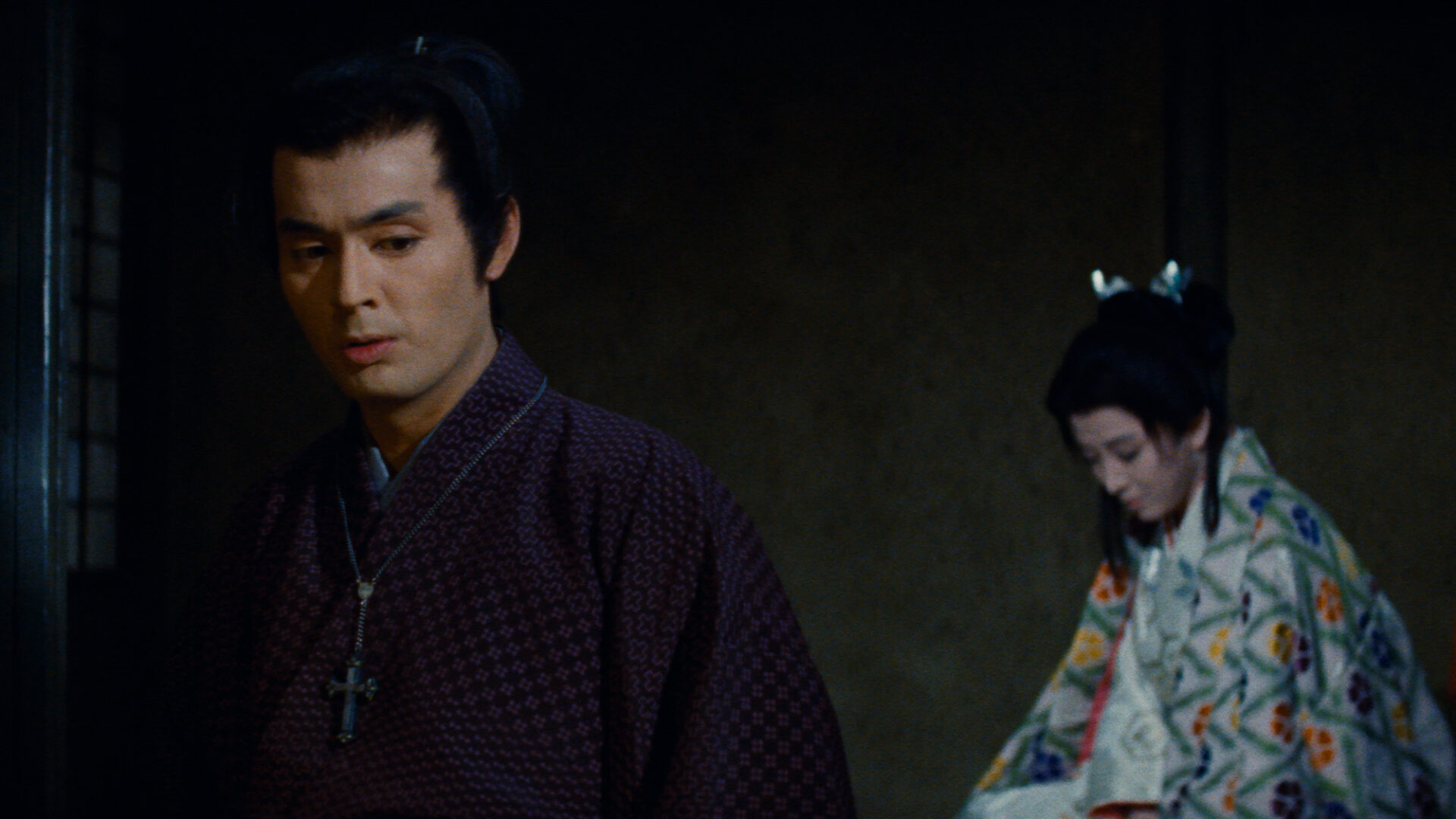 “Immensely ambitious and formally audacious … A superlative addition to the ​‘amour fou’ pantheon.”

“For her sixth and final film behind the camera, Tanaka embarked on making a jidaigeki, or period drama, a genre considered difficult by the studios and challenging to seasoned filmmakers. Set in 16th-century Japan, this doomed romance follows two lovers—one the daughter of a famous tea master and the other a married, devout Christian samurai—come to ruin for their forbidden mutual attraction. With the look of a costume blockbuster like those of Japan’s Golden Age, Love Under the Crucifix (Miss Ogin in its Japanese original title) flamboyantly depicts a heroine who declares to the man she loves: ​“I come here as a woman who has decided to take control of her destiny.” Though distributed by Shochiku, the film was produced independently by Ninjin Kurabu (“The Carrot Club”), a film company founded by female actors Kuga Yoshiko, Kishi Keiko, and Arima Ineko (cast here in the lead role)” (Film at Lincoln Center).

“A heart-wrenching story of forbidden love … [Tanaka’s] deep understanding of the power of actors shines through in the film.”