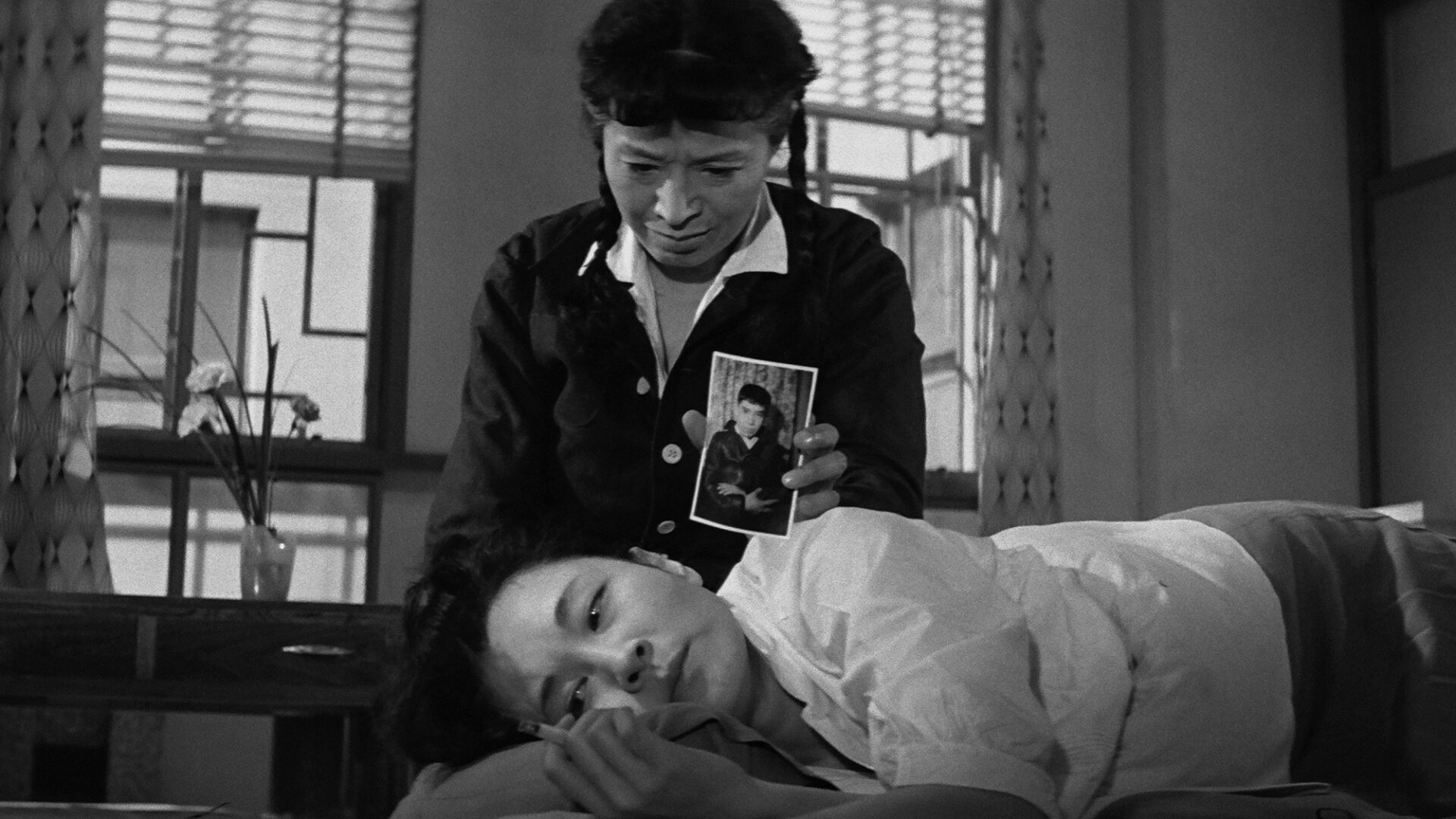 “In the wake of the 1956 Prostitution Prevention Law, a young woman living in one of Japan’s newly established rehabilitation centres, which attempted to reform sex workers, struggles to build a new life. For this Toho production, Tanaka Kinuyo reunited with screenwriter Tanaka Sumie (Eternal Breasts), and together they spent time researching correctional homes and the women who passed through them, recording their individual efforts and failures, their solidarity, and the past events that followed them through life. Without the slightest moral judgment, Girls of the Night forms an empathetic yet uncompromising portrait of sex workers and a sharp critique of the country’s mistreatment of these communities in postwar occupied Japan” (Film at Lincoln Center).

“In once again taking on challenging subject matter, Tanaka paints an empathetic portrait of a fragile community of untamed outcasts.”

“Girls of the Night is unafraid to explore the contradictions inherent in notions of societal shame … A multivalent view of sex work in a film.”