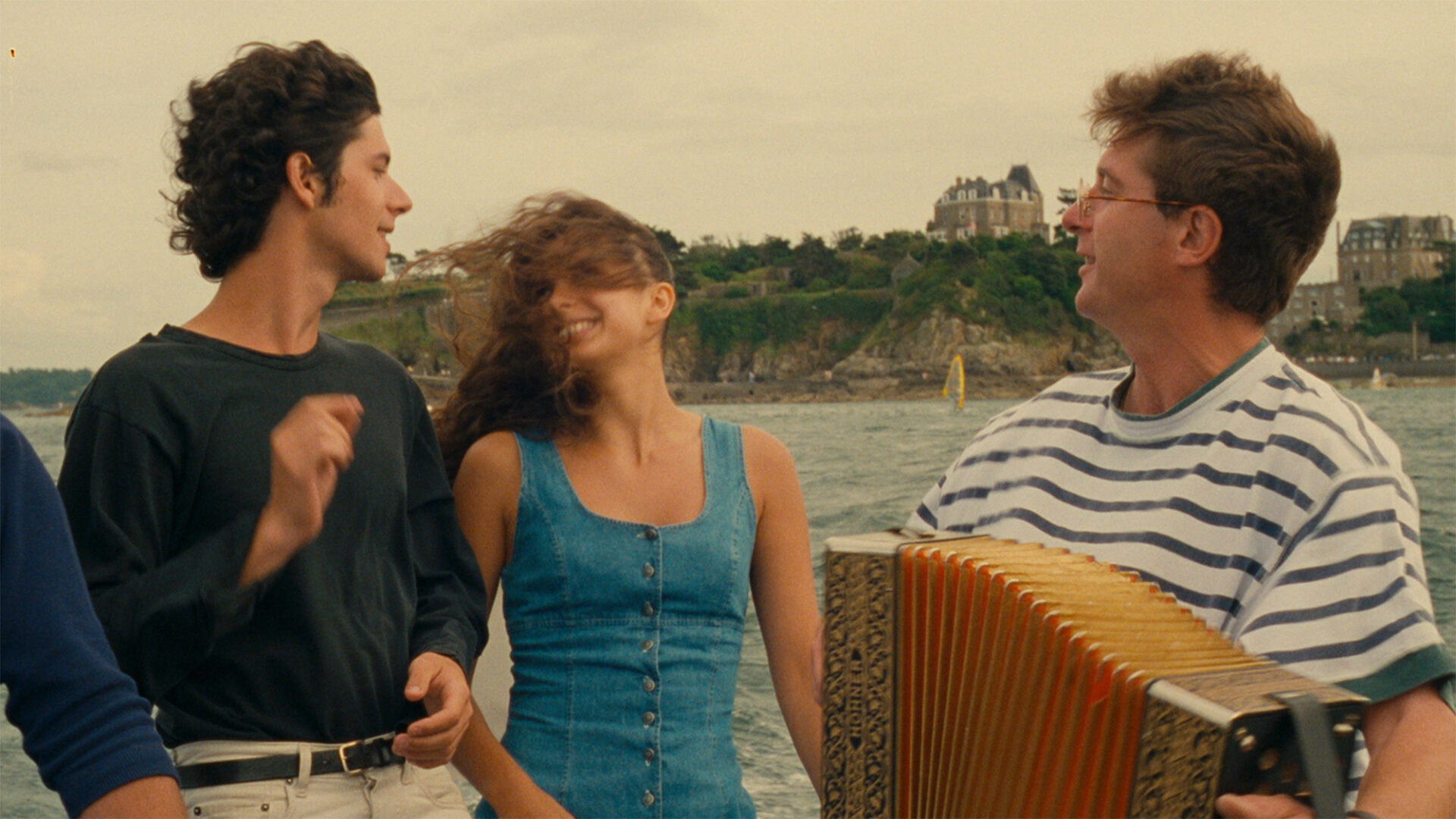 “A philosophical love story for each season of the year.”

Perhaps no other filmmaker has mined the interior life with more success—and more wit, irony, and intelligence—than Eric Rohmer (1920–2010), master of the modern comedy of manners, morals, and misunderstandings. Rohmer’s sublime films, fascinated with the foibles of erotic behaviour, navigate the gaps that exist between our thoughts, our feelings, and our actions—the differences between what we think and what we feel, between what we say and what we do. His is an intimate, literate, and remarkably nuanced cinema, revealing an artist with the deftness and depth of a great novelist, an artist more than worthy of the impressive literary comparisons (Stendhal, Balzac, Pascal, Jane Austen, Henry James et al.) so often invoked to describe his work.

While Rohmer directed a number of superb stand-alone works, including several period dramas, he is renowned for three extraordinary cycles of contemporary films, each linked together, loosely, by a common theme: ​“Six Moral Tales” (six films, 1963–1972), ​“Comedies and Proverbs” (six films, 1981–1987), and ​“Tales of the Four Seasons” (four films, 1990–1998). Many, perhaps most, of Rohmer’s finest films are contained in these cycles.

The director was already entering his seventies, but still prolific, when he embarked on the quartet of seasonally set comedies in the ​“Four Seasons” cycle. These films find Rohmer at perhaps his most engaging and exploratory, spinning delicately crafted tales of chance encounters and romantic roundelays that, unlike some of his earlier offerings, sidestep any clear-cut moral positioning. Elegantly shot in his soft, signature style, with each film attuned to the distinct visual palette of its season, this final thematic series from the inimitable auteur also features enchanting turns by returning Rohmer actresses Marie Rivière, Béatrice Romand, and Amanda Langlet.