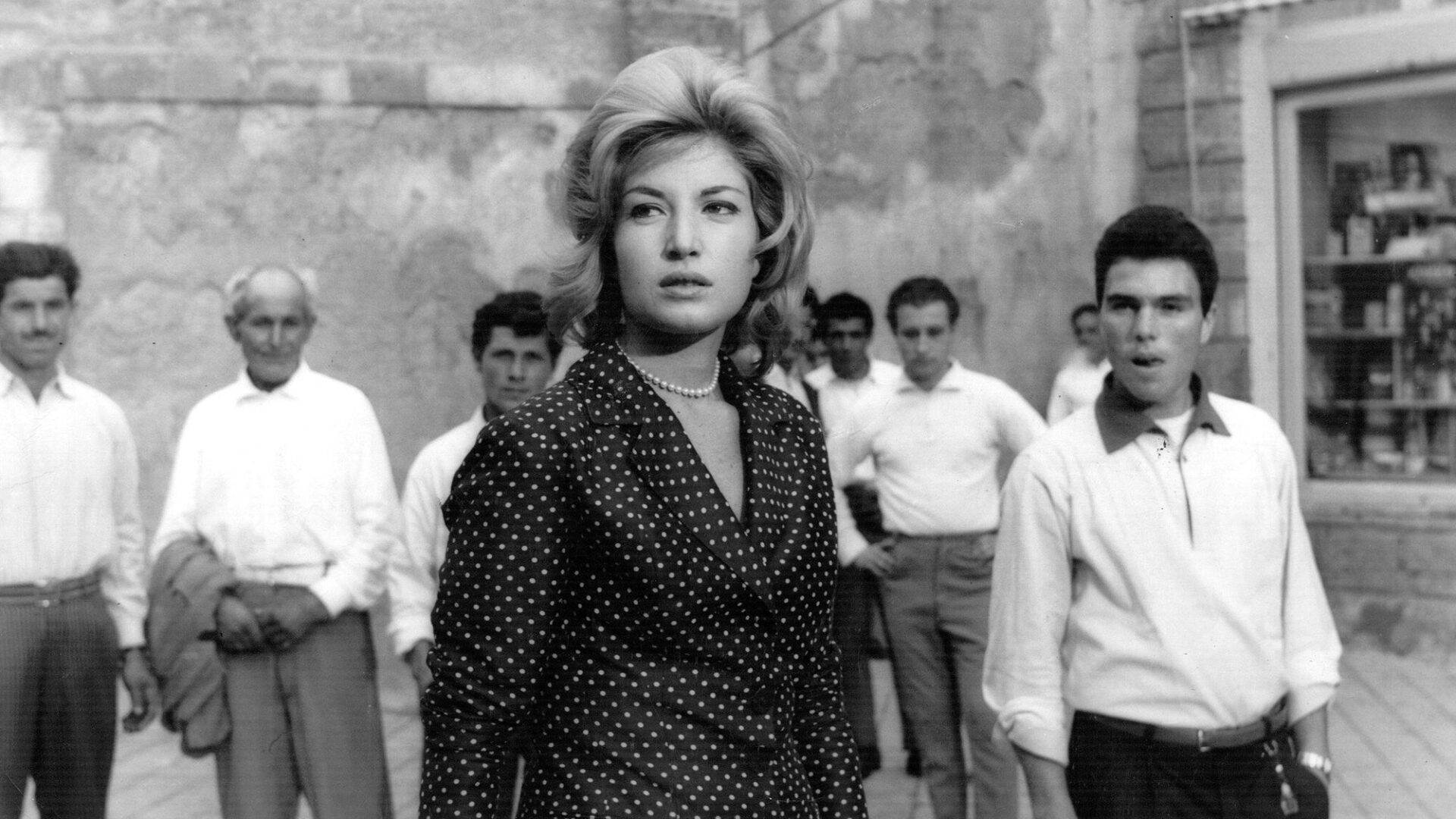 “The muse of modernism … It’s impossible to imagine [Antonioni’s] films without her.”

Monica Vitti, ​“Queen of Italian cinema,” died in early February at the age of 90. The screen legend, born Maria Luisa Ceciarelli, came to fame in the revolutionary wave of film modernism that erupted out of Europe at the turn of the 1960s. Her collaborations in the early years of that decade with Italian director (and romantic partner) Michelangelo Antonioni propelled her and the auteur to international stardom, and despite a prolific and prosperous career that followed (most notably, comedic roles in Italian satires of the 1970s), her legacy remains largely bound up with the chic, enigmatic, coolly seductive characters she played in Antonioni’s visionary explorations of ennui and alienation.

This spring, The Cinematheque remembers Monica Vitti with a tribute program of canonical Antonioni masterworks—L’Avventura (1960), L’Eclisse (1962), Red Desert (1964)—each featuring an indelible lead performance by the late, beloved arthouse icon.