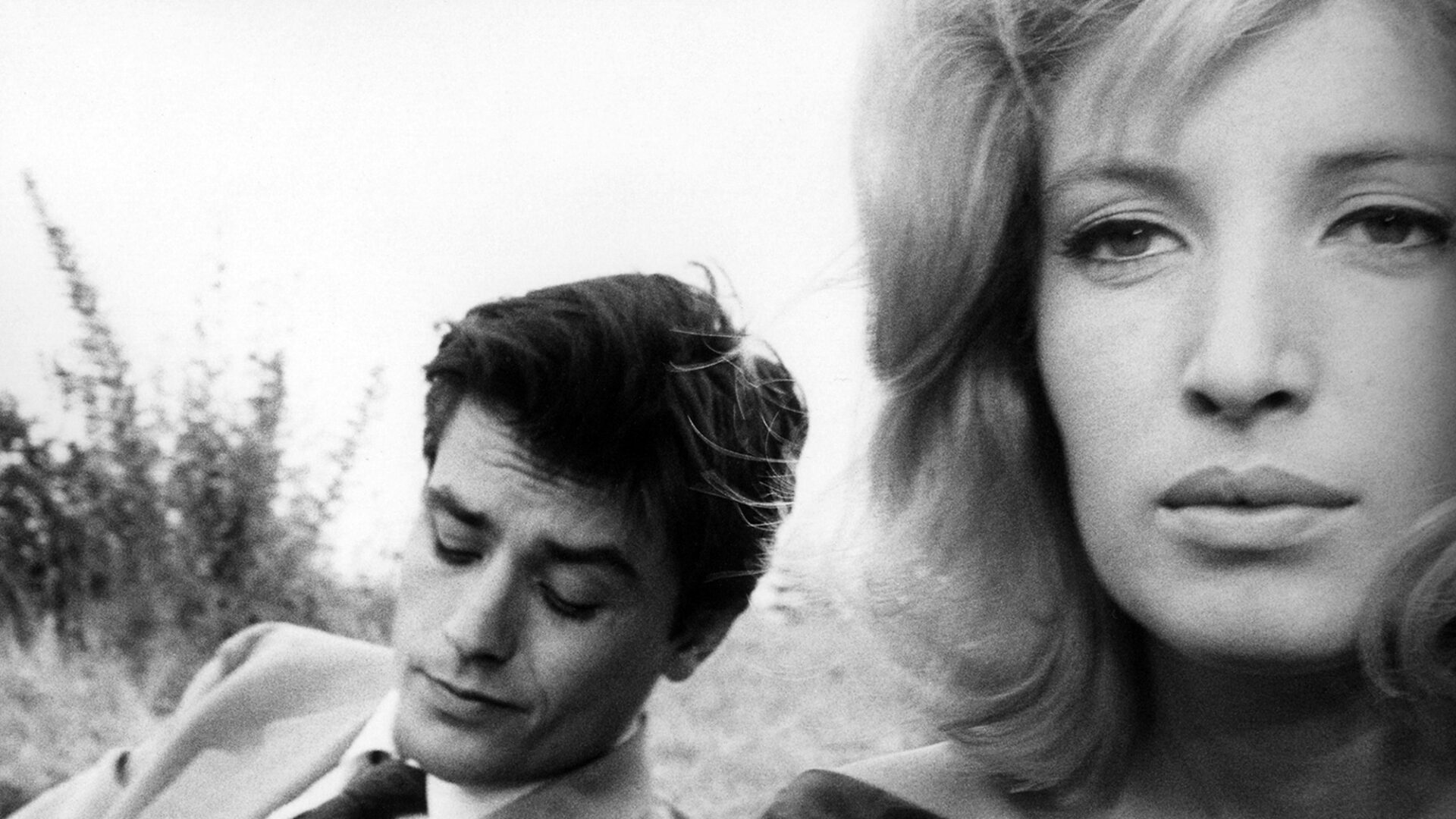 “Strange and brilliant … A twilight zone of anxiety and alienation … Monica Vitti was never more sensual or sphinx-like.”

“Of all my old films, L’Eclisse is the one I like best” (Antonioni). A young Roman woman (Monica Vitti) breaks off with her lover (Francisco Rabal), then shortly afterward drifts into a relationship with her mother’s handsome stockbroker (Alain Delon). L’Eclisse concluded an informal Antonioni trilogy—on ​“the great emotional sickness of our era”—that began with L’Avventura and La Notte; the director’s overriding theme in each film was alienation, and in each he used architecture and landscape to echo his characters’ utter sense of emptiness. L’Eclisse posits a world where people are bereft of feeling for another, where lovers have ​“nothing left to say to each other.” In the trading frenzy of the film’s stock exchange sequences, the chaos and disorder of modern existence seem to find their perfect expression; the film’s haunting apocalyptic finale offers a chilling reminder of the ultimate eclipse that modern industrial society has made so dangerously possible.

“Conceivably the best in Antonioni’s career … Remarkable both for its visual/​atmospheric richness and its polyphonic and polyrhythmic mise en scene.”

“An entrancing performance from Monica Vitti … One of the most disturbing films about life and relationships in the mid-20th century.”