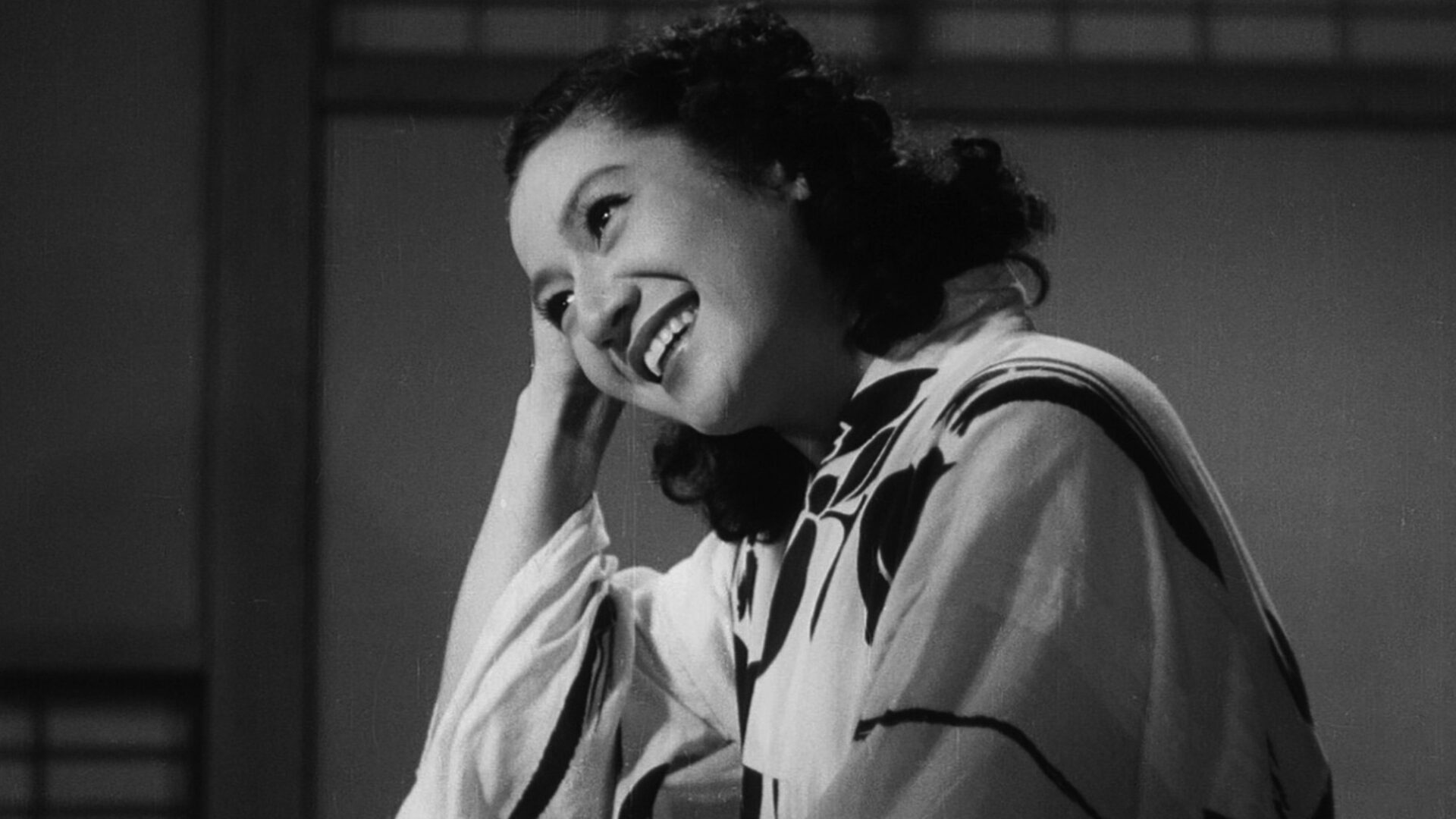 The ​“Noriko Trilogy” was originally scheduled to screen at The Cinematheque in December 2020, but was postponed due to provincial health orders, which closed cinemas in B.C. We are delighted to present this rescheduled Hara Setsuko centenary program for the 2021 holiday season, albeit now as a belated birthday celebration.

In celebration of the 100th birthday of beloved Japanese actress and icon Hara Setsuko, The Cinematheque and the Nikkei National Museum & Cultural Centre proudly present Ozu Yasujiro’s so-called ​“Noriko Trilogy,” the cycle of immortal masterworks, informally named after Hara’s onscreen counterparts, that endeared the luminous talent to movielovers the world over.

Born Aida Masae in 1920 in Yokohama, Japan, Hara Setsuko was given her stage name at the age of 15 by Nikkatsu Studios after being cast as a provincial shop owner’s daughter in Taguchi Tetsu’s 1935 film Do Not Hesitate, Young Folks! Her career and popularity flourished during wartime; she played tragic heroines whose resilience and unwavering patriotism, as in Imai Tadashi’’s Suicide Troops of the Watchtower (1943), resonated with a nation in conflict. After Japan’s surrender, Hara was one of the key architects of a new, more progressive woman in Japanese cinema. Her role in Kurosawa Akira’s first postwar film, No Regrets for Our Youth (1946) — that rare picture by the director to showcase a female protagonist — was groundbreaking in its positive portrayal of female agency over familial obligation. (She would reunite with Kurosawa, five years later, for his Dostoevsky adaptation The Idiot). But it was her 12-year collaboration with Ozu Yasujiro, starting with 1949’s exquisite Late Spring, that cemented her legend and indelibly linked Hara with the nuanced, tenderhearted women she embodied in the Japanese master’s sublime domestic dramas.

Her (regressive) epithet as Japan’s ​“Eternal Virgin” stems from her earliest and most arresting performances for Ozu, in which she portrays three devoted yet self-willed daughters, each named Noriko, who are reluctant to marry. Colloquially known as the ​“Noriko Trilogy,” these works — Late Spring, Early Summer (1951), Tokyo Story (1953) — are among cinema’s most serene and highly regarded treasures; they are also unthinkable without the grace, beauty, and subtle emotional complexity Hara affords them. ​“We would sigh or let out a great breath from the depths of our hearts,” wrote novelist Endo Shusaku of Hara, ​“for what we felt was precisely this: Can it be possible that there is such a woman in this world?” In life, Hara Setsuko never married, and following the death of Ozu in 1963, she abruptly retired from acting and withdrew from the public eye. She spent her remaining years in seclusion in the seaside city of Kamakura, and died in 2015 at the age of 95.

“Hara Setsuko was one of the great presences of world cinema.” Paul Schrader

“One of the greatest stars in cinema history … I defy anyone to watch [Tokyo Story] and not feel simply overwhelmed with a kind of love for Hara — however absurd that may sound.” Peter Bradshaw, The Guardian

The Government of Japan has recently requested that the long-held practice of rendering romanized Japanese names in Western order be abandoned. In acknowledgement, The Cinematheque will henceforth honour the traditional ordering of Japanese names—surname followed by given name (e.g. Ozu Yasujiro, Kurosawa Akira, Kore-eda Hirokazu). This is a practice we already follow in romanizing other East Asian names (for instance, Chinese and Korean) that traditionally use this ordering.