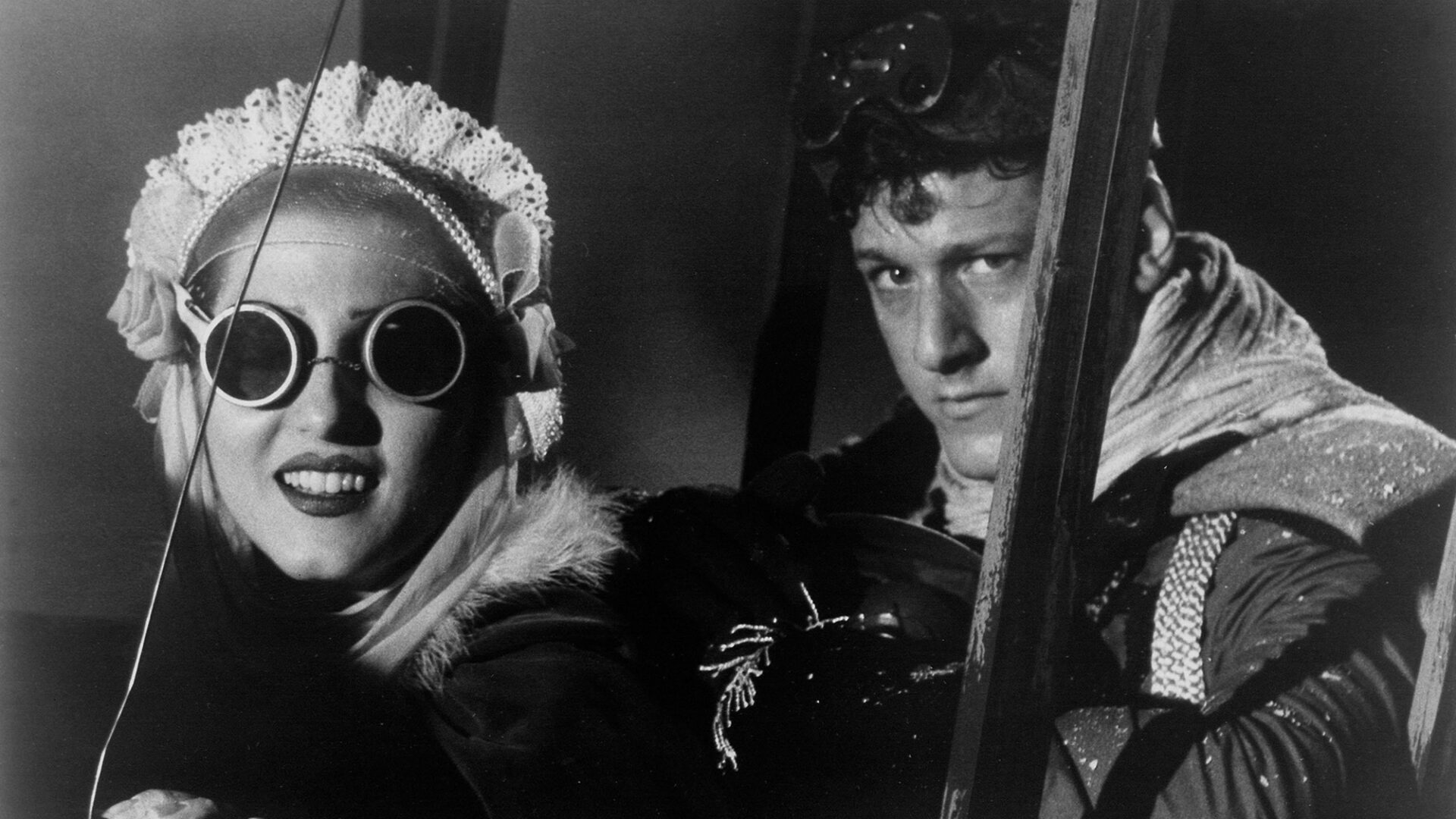 “Even stranger [than] Tales from the Gimli Hospital … A fascinating festishist delirium, where memories of remote war movies get recycled into something that’s alternately creepy and beautiful.”

Guy Maddin’s wild and warped Archangel sits between Tales from the Gimli Hospital and Careful in the Maddin filmography and showcases the faux early-cinema aesthetics and surrealist sensibility for which the Winnipeg arch genius is renowned. The film sets a delirium-dream tale of obsessive love in the remote Russian Arctic town of Archangel during the Great War. The war may actually be over, but no one’s remembered to tell one-legged Canadian soldier Boles (Kyle McCulloch), beautiful Veronkha (Kathy Marykuca), whom Boles confuses for his dead love Iris, or any of the film’s other amnesiac characters, all lost in murky, melodramatic memories of lovers lost or misremembered. ​“Maddin’s second feature is a masterpiece—a wistful, luminous conflation of absurdity, high romance, and heroic delusion. Buster Keaton would have approved. Buñuel too” (Take One’s Essential Guide to Canadian Film).

The first film from Winnipeg weird-meister Guy Maddin is a demented tale of a deceased dad who keeps having temporary recoveries. ​“A deft mix of O. Henry and Rod Serling … echoing, in a more somberly surrealistic way, the out-of-orbit postmodernism of John Paizs” (TIFF).