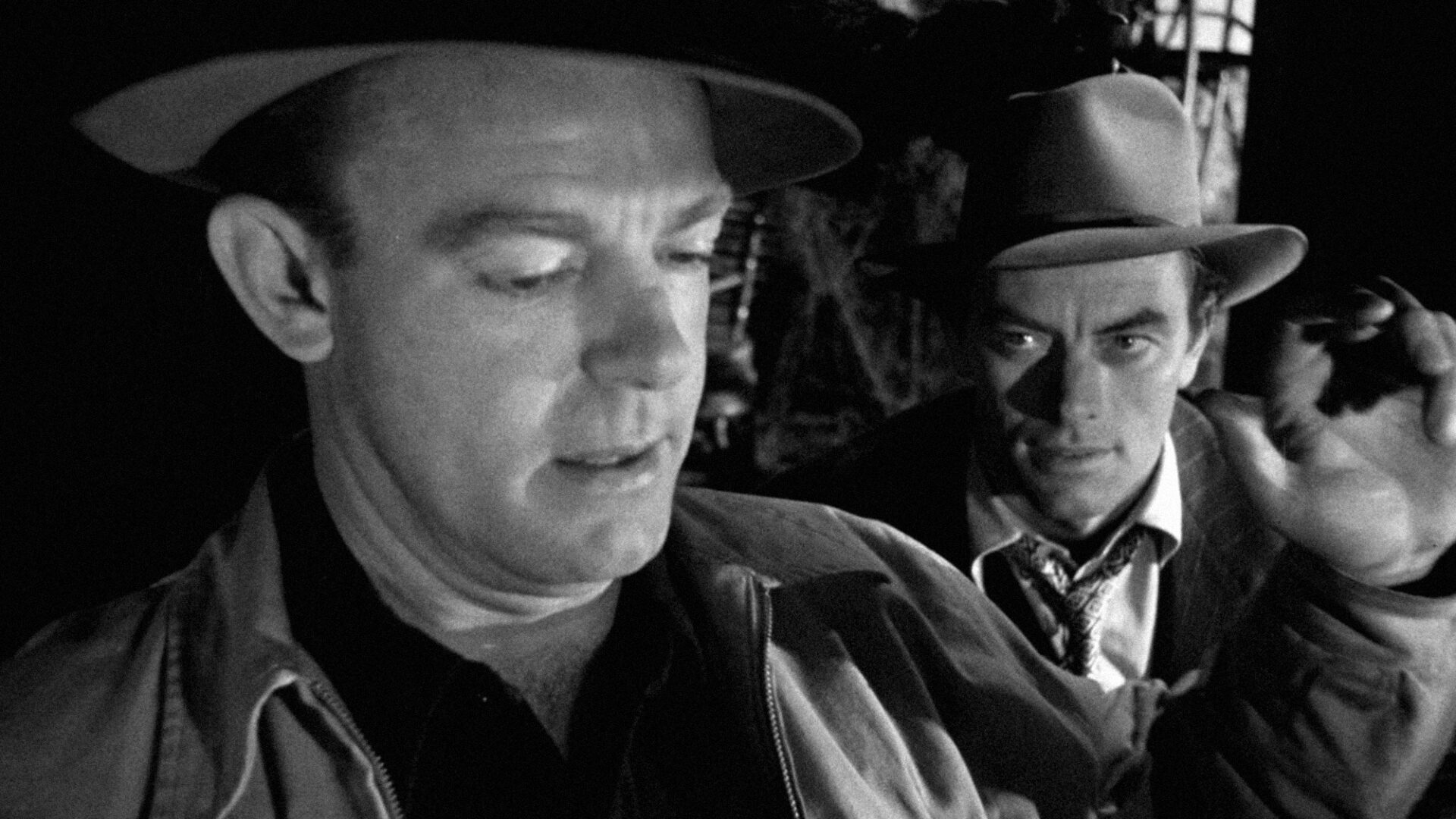 “Bullets! Women!—Can’t hold a man like this!” It’s gangster Joe Sullivan (Dennis O’Keefe) who’s getting the raw deal in Anthony Mann’s fatalistic, fabulously atmospheric noir drama. Behind bars after taking the rap for a job with racketeer Rick Coyle (B.C.-born Raymond Burr), Sullivan doesn’t realize he’s being set up when Coyle offers to spring him from prison and give him his fair share of the loot. Claire Trevor and Marsha Hunt are the dames complicating Sullivan’s romantic life. Mann made a string of great, groundbreaking Westerns with Jimmy Stewart in the 1950s, but first made his reputation as a director of visceral, violent films noir—often working, as here, with cameraman John Alton (The Big Combo, T‑Men), a master of Expressionistic visuals. Raw Deal is one of the rare classic noirs featuring female (rather than male) voiceover.