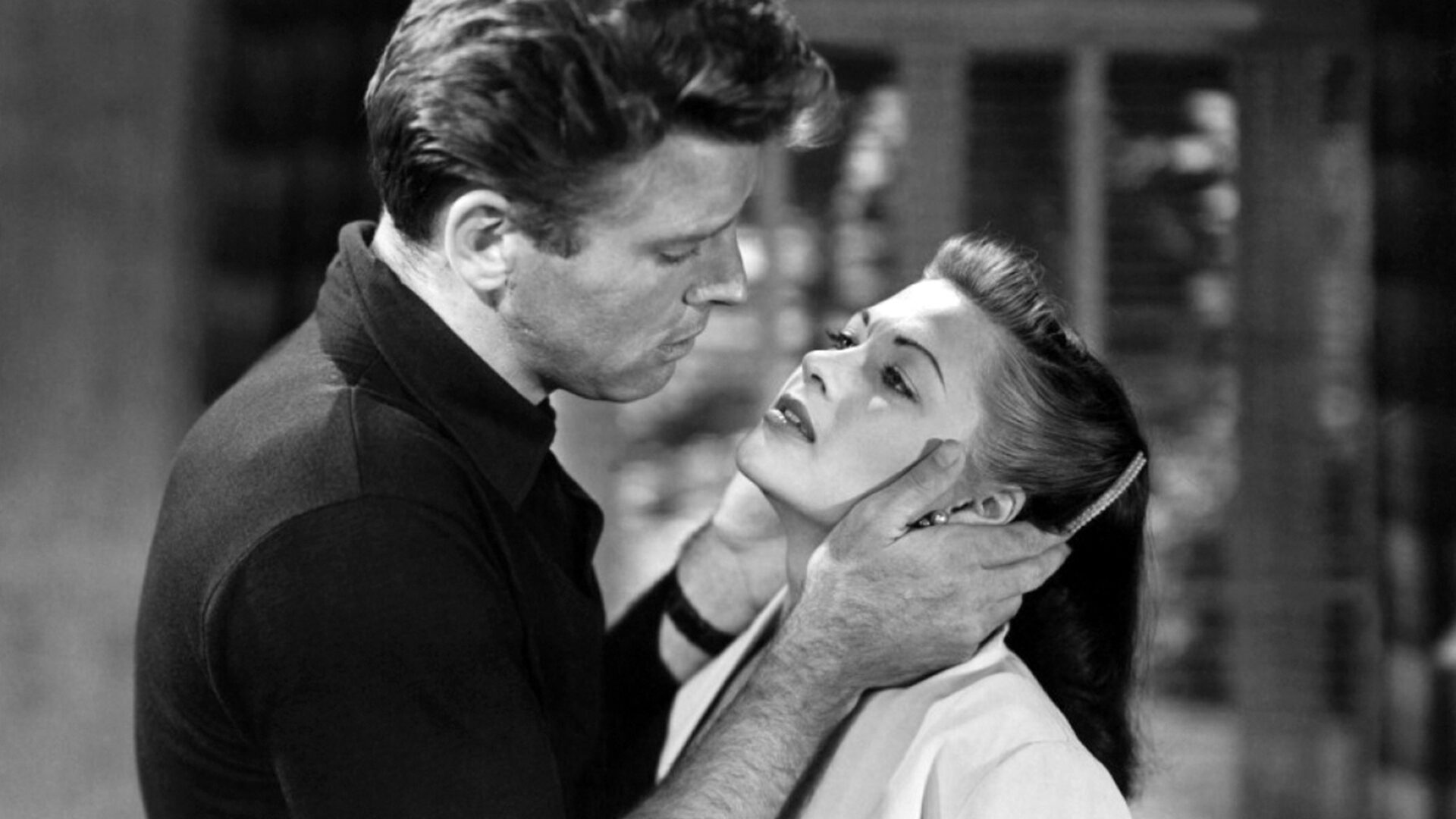 “One of the most tragic and compelling of film noir.”

“When you double-cross a double-crosser… It’s a criss-cross!” Showcasing inspired direction by Robert Siodmak (Phantom Lady, The Killers), one of film noir’s defining talents, this dark, suspenseful, supremely stylish thriller ranks as one of noir’s consummate works. Burt Lancaster plays brooding armoured-car guard Steve Thompson, on a drunken downward spiral since his divorce from alluring good-time girl Anna (Vancouver-born Yvonne De Carlo). Encountering his ex-wife in an old haunt, Steve learns that she’s taken up with no-good gangster Slim Dundee (archetypal noir villian Dan Duryea). Slim can give Anna the lavish lifestyle Steve never could; Steve thinks he can still win Anna back, and gets drawn into a daring robbery scheme. Most of the film’s doom-laden, dangerously erotic plot unfolds in flashback. Steven Soderbergh’s The Underneath, from 1995, was a remake.

“Possibly the most underrated film noir of all.” Graeme Ross, The Independent