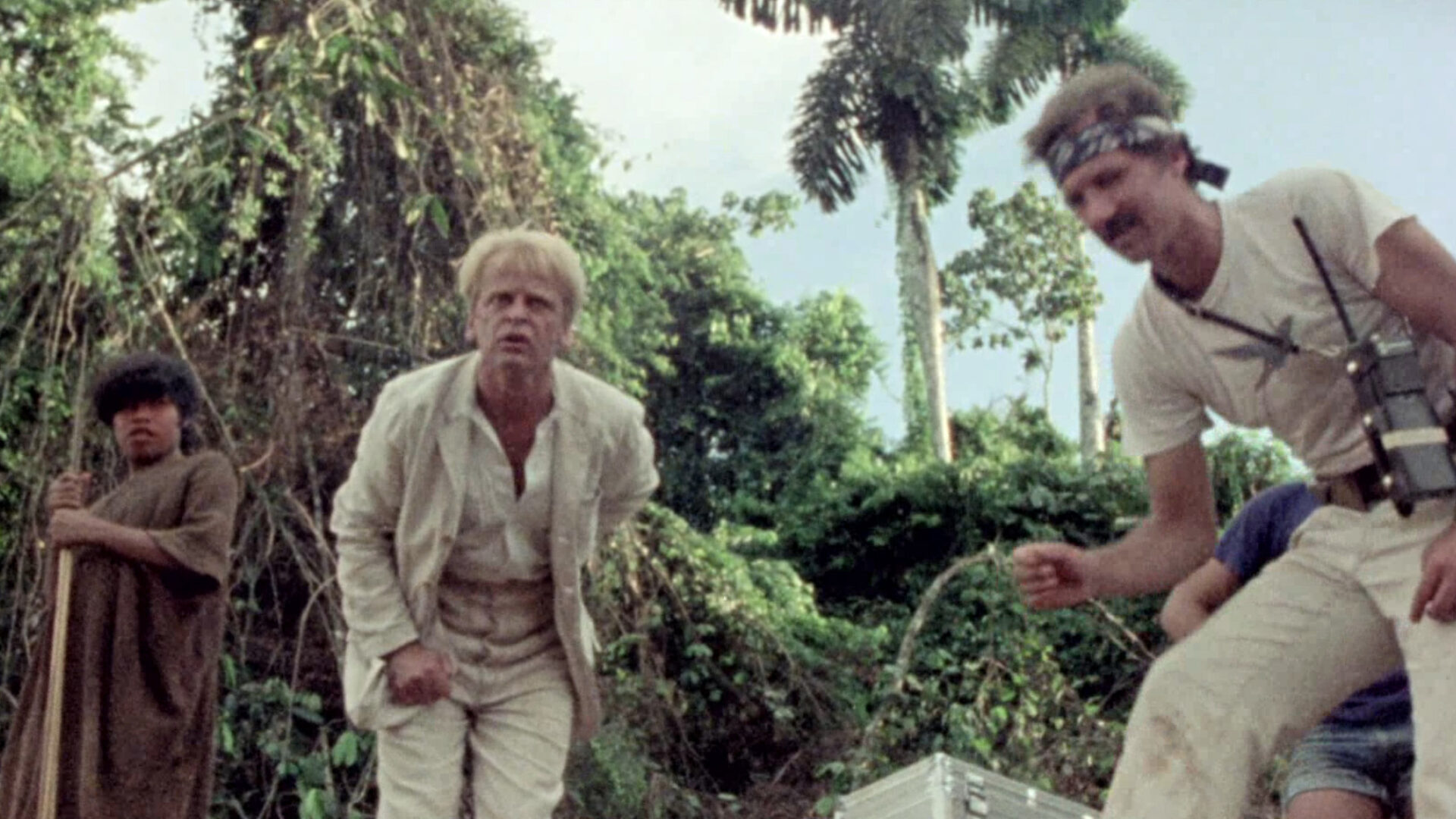 “A captivating documentary, a film that serves as an eloquent coda to their unforgettable creative partnership.”

“With friends like these …” Werner Herzog’s stormy working relationship with actor Klaus Kinski, his ​“best fiend,” is the stuff of legend, and extended across five often-astonishing features, including Aguirre, the Wrath of God, Nosferatu the Vampyre, and Fitzcarraldo. Each man played a significant part in establishing the reputation of the other. Herzog’s documentary account of his collaboration with Kinksi is both tribute and indictment—“an act of love and exorcism,” in the words of Time critic Richard Corliss. Kinski was a gifted actor but a notoriously difficult and volatile person; Herzog, one of cinema’s fabled mad geniuses, is famous for demanding the impossible of cast and crew. The Herzog-Kinski relationship reached such extremes that each actually devised plans to murder the other! Or so the tales, tall or otherwise, go. A fascinating look at one of cinema’s most storied—and harrowing, and hilarious—actor-director partnerships.

“Absorbing … One of the great portraits of artists fighting, even with murderous rage, to reach the sublime.”