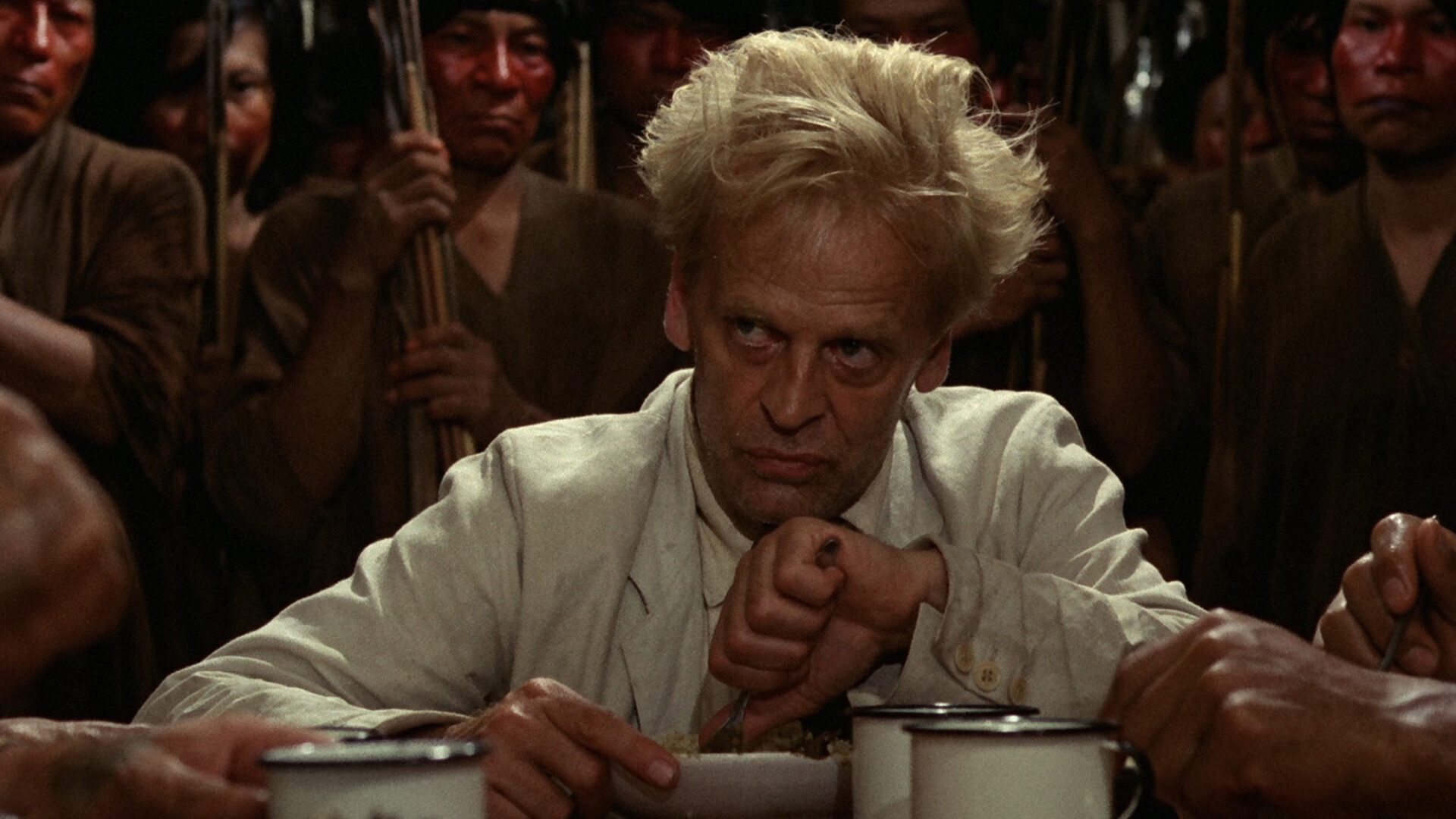 “There has never been another movie like it … A film in the great tradition of grandiose cinematic visions, like Coppola’s Apocalypse Now or Kubrick’s 2001: A Space Odyssey.”

A decade after Aguirre, the Wrath of God, Werner Herzog returned with Klaus Kinski to the Peruvian jungle for another tale of mad, monumental obsession—and indulged in some loony, now-legendary obsessiveness of his own! Kinski plays 19th-century Irish rubber baron Brian Sweeney Fitzgerald, an eccentric dreamer determined to build an opera house in the Amazon. His wild scheme involves dragging a massive steamship over a mountain, utilizing the labour of the area’s often-hostile Indigenous people, the Jivaro. In depicting his hero’s folly, Herzog chose to live it: to drag an actual steamship over an actual mountain, with the help of not-always-cooperative locals. Herzog received the Best Director prize at Cannes, but also drew flak for endangering his cast and crew, including the many Indigenous workers and extras employed on the film. The whole perilous production was famously chronicled in Les Blank’s essential documentary Burden of Dreams, also screening in this retrospective. In English.

“Some kind of appropriately eccentric and monumental marvel … Herzog demonstrates once again in his always suspect yet somehow irresistible way that ​‘only dreamers move mountains.’”

“Fitzcarraldo may well be a madman’s dream, but it’s also a fine, quirky, fascinating movie. It’s a stunning spectacle, an adventure-comedy not quite like any other.”