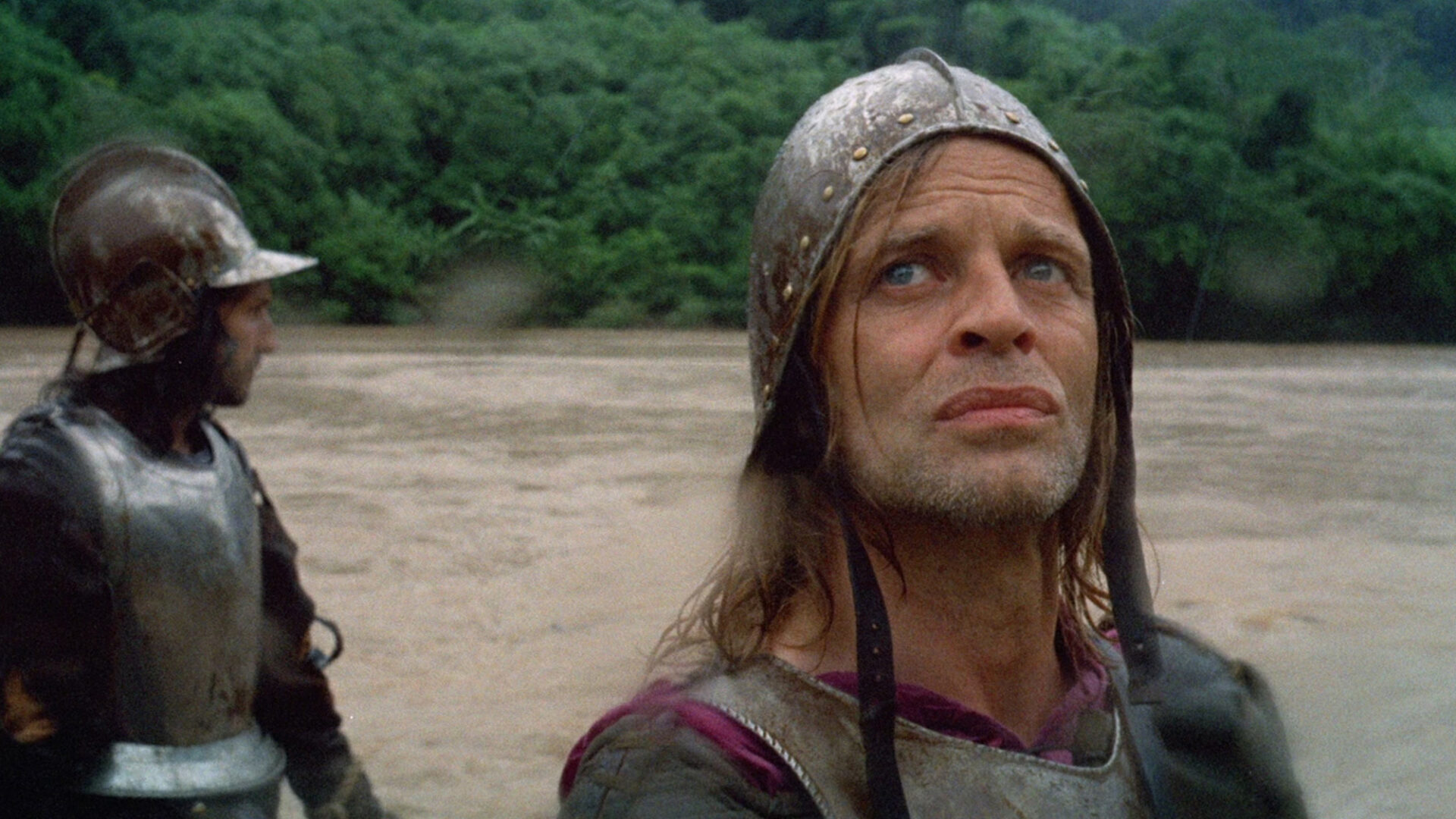 “Aguirre is one of the great haunting visions of the cinema … Of modern filmmakers, Herzog is the most visionary and the most obsessed with great themes.”

Werner Herzog’s 1972 masterpiece—and first film with Klaus Kinski—is a dizzying, delirious journey into the Heart of Darkness, stunningly shot (by Thomas Mauch) in the Peruvian jungle. In 1560, during Gonzalo Pizarro’s doomed expedition to the Amazon, a small reconnaissance party sets off in search of El Dorado, the legendary Inca city of gold. Leading the mission is mutinous, maniacal Aguirre (Kinski), who proclaims himself the ​“Wrath of God” and resolves to breed a new, purer race. Herzog’s hallucinatory epic—an allegory for Nazism, or Vietnam, or the arrogance of ​“civilized” society—is astonishing cinema. The breathtaking opening—a procession of conquistadors and their enslaved Incan porters descending a steep, misty Andean mountain—is among the visionary director’s most extraordinary sequences. Kinski had been acting for two decades, but it was his hypnotic performance here that brought him wide international attention.

“Magnificent and mad … One of the great folies de grandeur of 1970s cinema, an expeditionary Conradian nightmare like Coppola’s Apocalypse Now.”