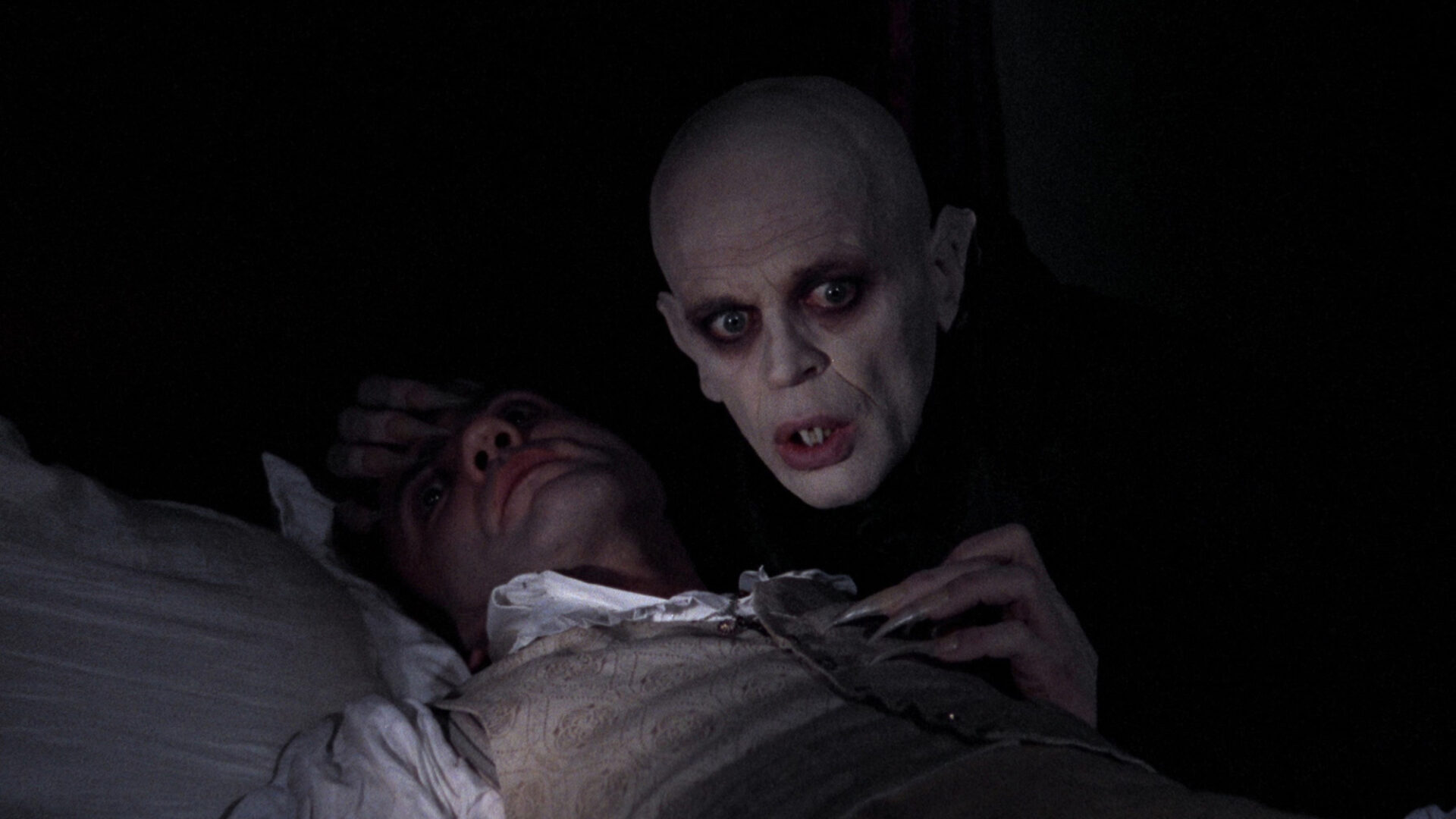 “This is a pinnacle of horror cinema: atmospheric, rhapsodic, and achingly transcendent.”

Werner Herzog’s arresting version of Nosferatu was not, he insisted, a remake of F.W. Murnau’s 1922 horror classic (“the greatest German film,” according to Herzog) but rather a tribute to it and the great German Expressionist film tradition of the silent era. Klaus Kinski (wearing make-up that replicates Max Schreck’s in Murnau’s original) plays a world-weary Count Dracula, suffering the monotony of eternal life. Bruno Ganz and Isabelle Adjani are the young couple drawn into the mysterious count’s orbit. The drama is set against the backdrop of a plague; Herzog’s breathtaking, often apocalyptic imagery includes one notorious scene involving 11,000 rats. The kinky Kinski is superbly creepy—the best movie vampire ever, Herzog now maintains! This stylish, extravagant work was the famously volatile actor’s second (of five) collaborations with the director. In English.

“One of its director’s most bizarre, resonant, and fascinating films … Herzog’s Nosferatu will scare the living daylights out of you.”

“Klaus Kinski is genuinely scary … This is Herzog’s journey to the heart of darkness.”

Nosferatu the Vampyre is presented as part of our retrospective “Werner Herzog: Lessons of Darkness” and as part of “Arthouse Horror,” our 2021 Halloween program.