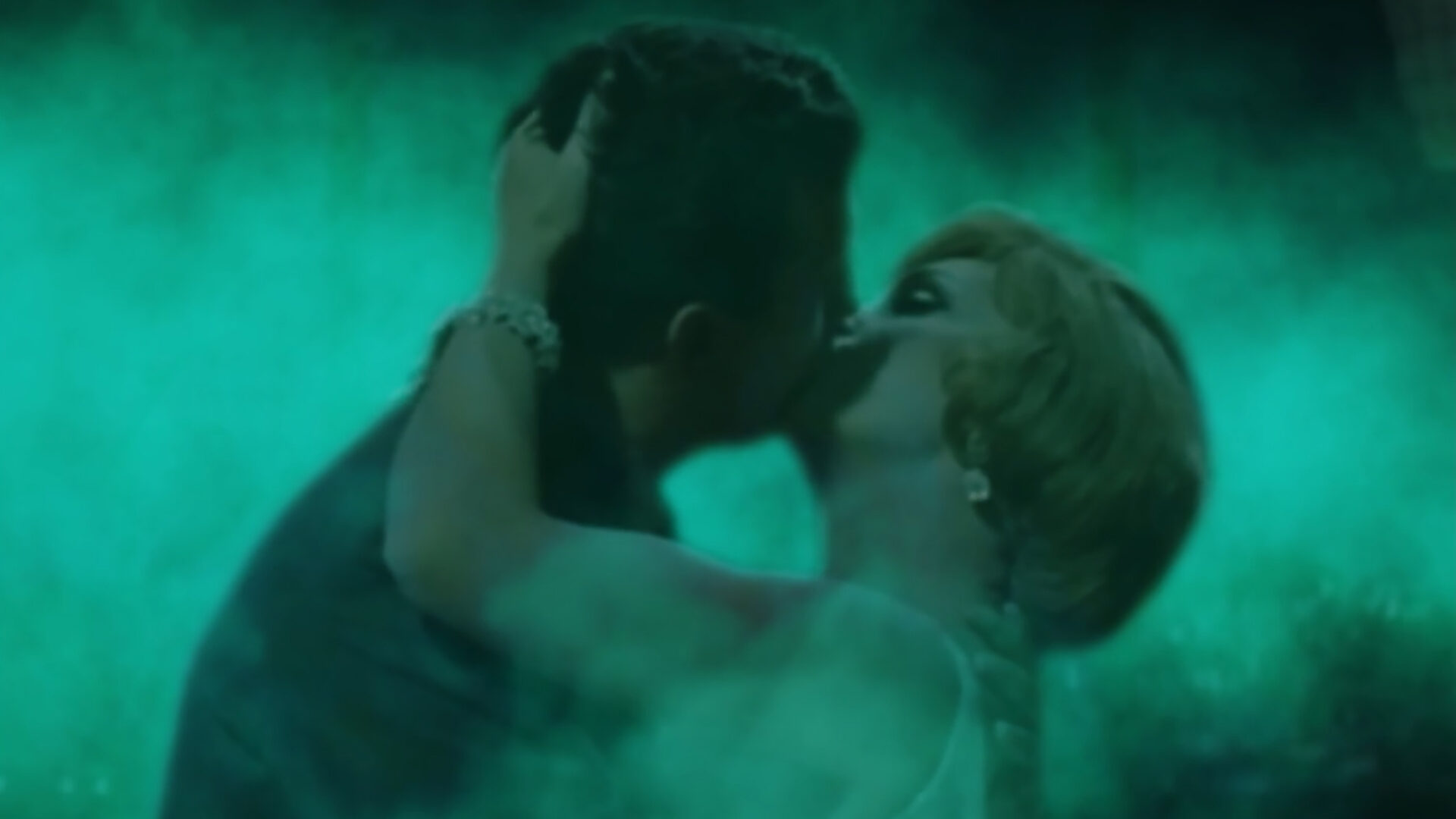 “Not so much an assemblage as it is a conjuring … You don’t just watch these clips—you see through and between them. The juxtapositions create vital, cosmic connections.”

The first sign that Guy Maddin is taking this video collage, a seriously askew tribute to Vertigo commissioned by the San Francisco Film Society, to the cosmos, is that we never see Madeleine or Scottie or Midge, but a hundred faces—some anonymous, some stars—none of them, except maybe Chuck Norris, delivering a consistent performance. Yet, as Maddin’s free replay of that San Franciscan masterpiece shows, you might still see Vertigo in their eyes. A supercut of Hawks, Obayashi, Welles, Verhoeven, Murder, She Wrote, and many more, The Green Fog proves Maddin, co-directing with Johnsons Evan and Galen, as perhaps the greatest re-interpreter of Hitchcock’s oneiric tale of obsession next to Chris Marker. Filling the screen with context clues (the Golden Gate, Mission Cemetery, Taylor Street) but scrambling our sensorial footholds (cutting out sound, adding layers of surveilling eyes, tinting footage), Maddin reveals that a little disorientation can activate just as much of our mental powers of creation as the more frenzied entries in his filmography.

“Manages to pack in so much material—in terms not only of the thousands of clips used, but of genuine food for thought—that one immediately wants to watch it again.” Geoff Andrew, Sight and Sound

“A Frankenstein project [twitching] with its own autonomous energy … This is an exuberant, celebratory, often marvelously funny piece of work.” Jonathan Romney, Film Comment

In this digital return to the carnivalesque contests of The Heart of the World, a mentalist is plagued by three characteristic curses: bureaucratic list-ticking, tragic descent à la Murnau’s The Last Laugh, and Oedipal fate.