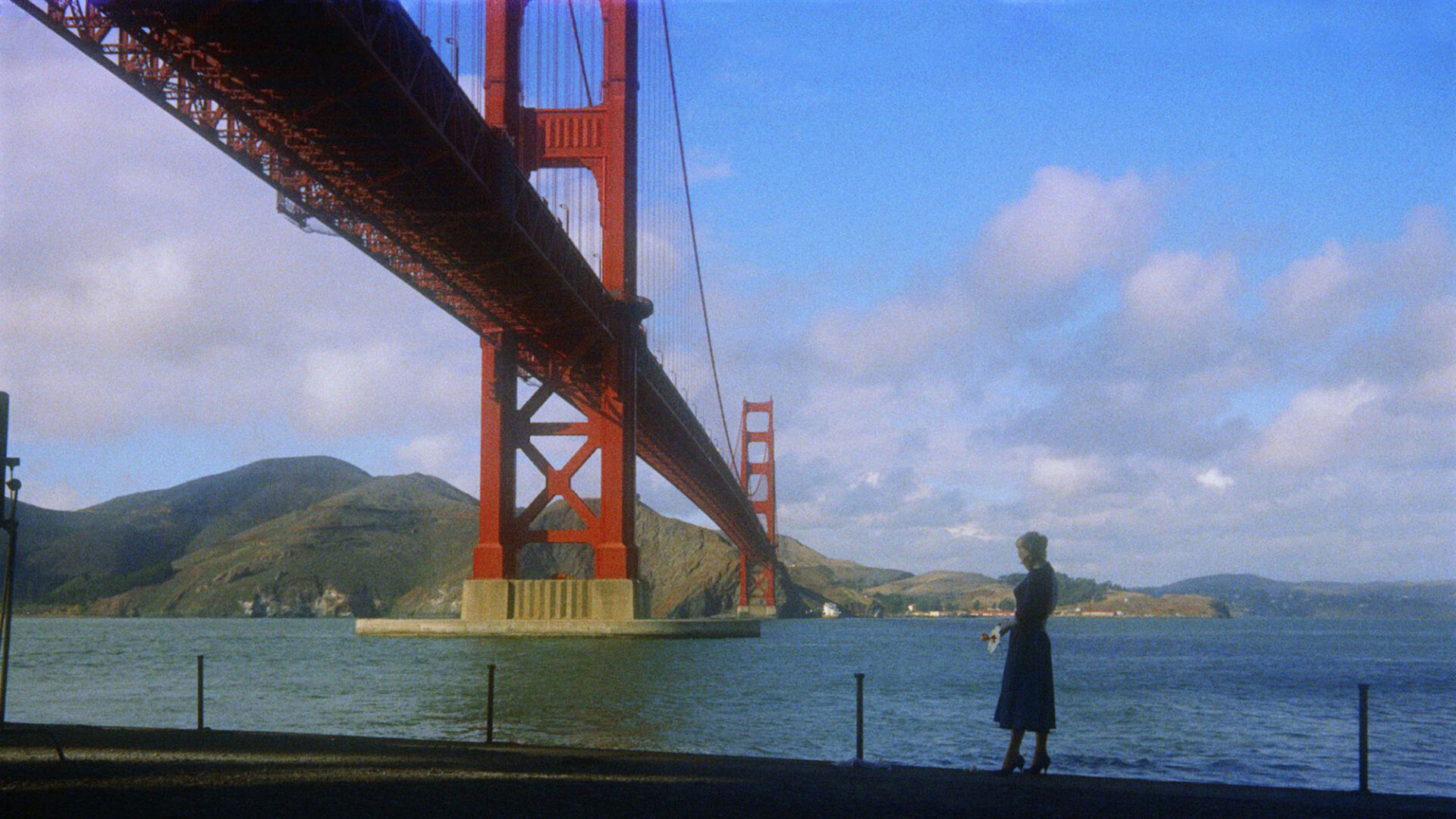 “Hitchcock’s masterpiece … and one of the four or five most profound and beautiful films the cinema has yet given us.”

Met with middling reviews and indifferent audiences upon original release, Hitchcock’s dreamlike chef d’oeuvre, the basis for Guy Maddin’s hallucinatory found-footage homage The Green Fog, is now regarded as one of cinema’s grand masterpieces—and, until very recently, was considered ​“the best film of all time” according to prominent film journal Sight and Sound​’s decennial poll of international critics. (It was dethroned by Chantal Akerman’s Jeanne Dielman… in the just unveiled 2022 poll.) Scottie (James Stewart), a former San Francisco policeman suffering from vertigo, is sucked into a vortex of romantic obsession after he is hired to tail blonde, coolly beautiful Madeleine (Kim Novak), the wife of an old pal. Many unhappy months later, Scottie meets a Madeleine look-alike, and obsessively attempts to make her over in Madeleine’s image. The director’s own dark obsessions with his cool-blonde leading ladies are well documented. This perverse, poetic, moodily muted psychological thriller, with its stunningly cynical view of male-female relations, is Hitchcock’s most nakedly honest film.

“One of the landmarks—not merely of the movies, but of 20th-century art … [An] extraordinarily dense and commanding film, perhaps the most intensely personal movie to emerge from the Hollywood cinema.”