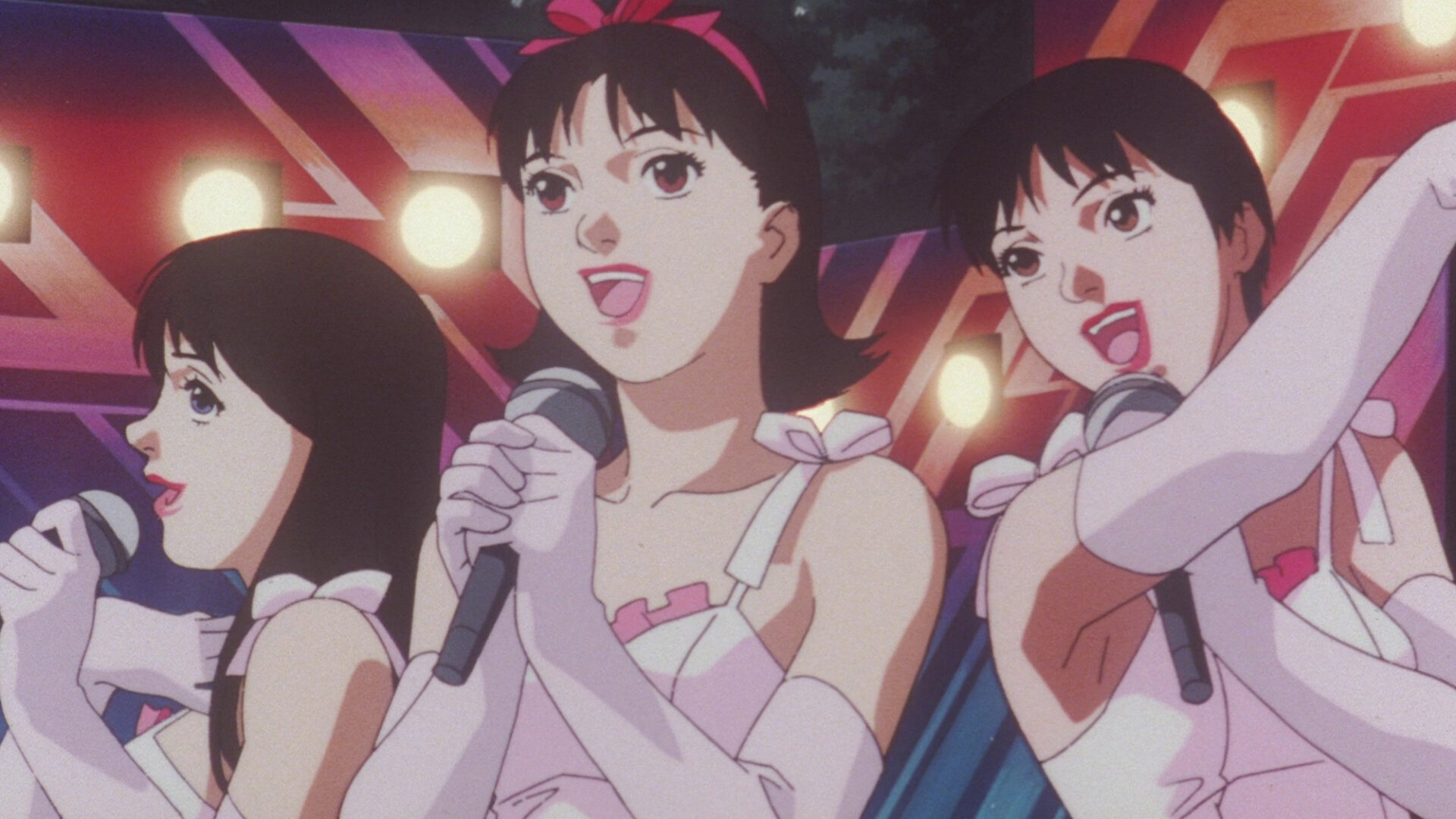 Idol, horror, stalker. Those were the elements off-limits to change when Kon Satoshi set about adapting Takeuchi Yoshikazur’s novel for his directorial debut. Stipulations were met—but yeesh, did Kon and writer Murai Sadayuki ever inside-out the rest, delivering a savage, fever-dream, doppelgänger shocker that heralded the arrival of a startling new voice in anime. The film, Kon’s first of four with iconic studio Madhouse, spills forth from the splintering psyche of Mimi, a J‑pop idol who retires from music to pursue acting—only to be cast in bit parts unless she consents to degrading roles. Believing herself stalked by a scorned fan, and pulled in by a weblog written eerily from her perspective, Mimi starts to lose grip on reality. Full of all of Kon’s hallmarks right out of the gate, Perfect Blue was a watershed work of ​“mature” anime and an acknowledged influence on director Darren Aronofsky. In Japanese with English subtitles.

“A startling and powerful film … If Alfred Hitchcock partnered with Walt Disney, they’d make a picture like this.”

“Still packs a punch … A broad, brash pulp thriller … Perfect Blue has its own kind of cult pungency.”

R23X (Marc Junker) is a composer and experimental music producer. He works in animation, film, and video games, and often collaborates with Canadian animation studios Cloudrise Pictures (the Esluna series, Wishing Jar, SOS) and New Machine Studios (Valley of the Lanterns, Troll of Bell Lake). Internationally, he has worked with Yetee Records, PlatinumGames, WayForward Games, Chuhai Labs, among others.

Yuki Ohsawa is a Postdoctoral Research Fellow at the Centre for Japanese Research (CJR) in the Institute of Asian Research, School of Public Policy and Global Affairs, and a Postdoctoral Teaching Fellow in the Department of Asian Studies at the University of British Columbia. Her field of research is modern Japanese visual culture, specifically manga and anime. At UBC, she teaches Critical Approaches to Manga and Anime.