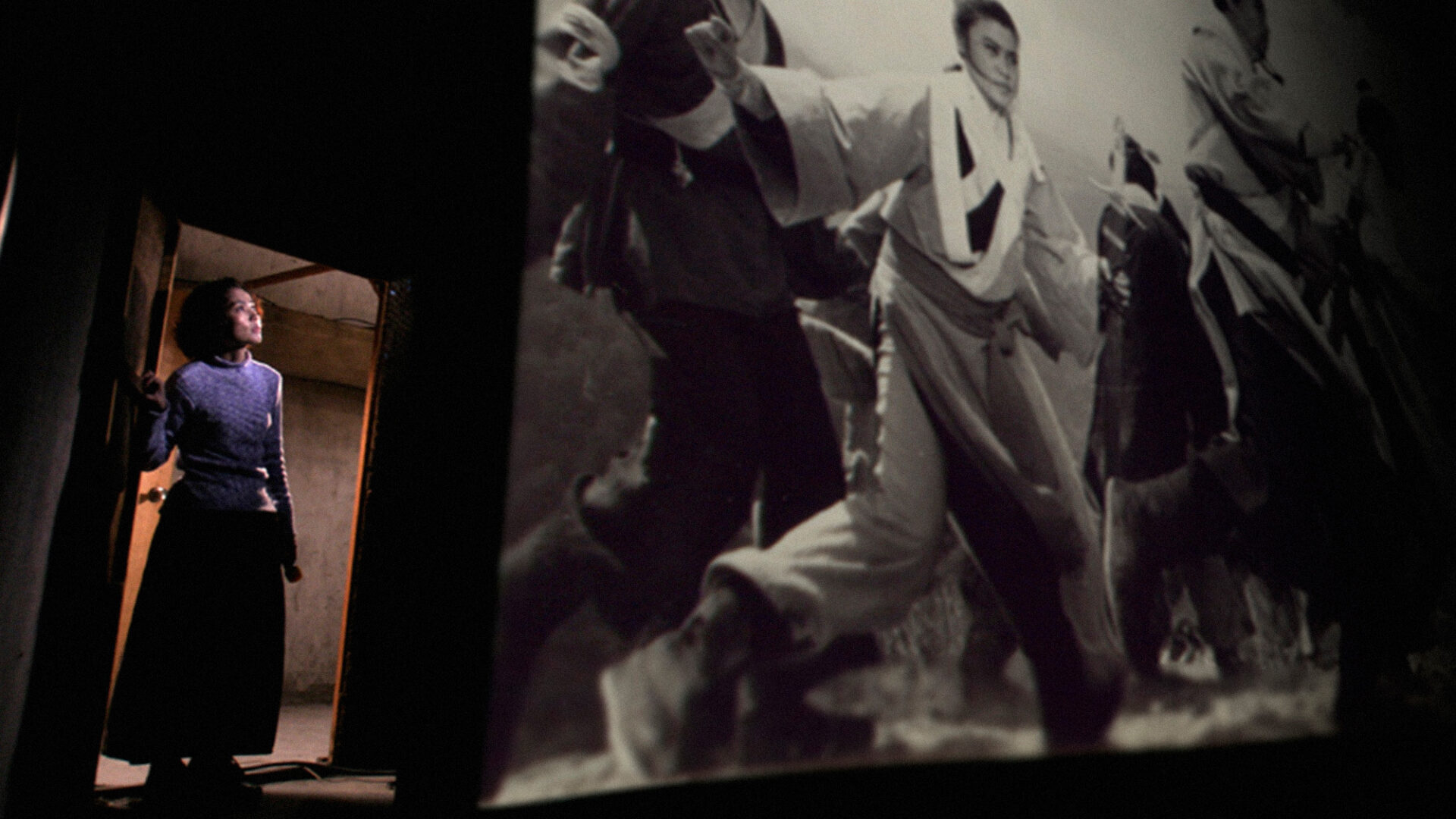 Taiwan-based Malaysian auteur Tsai Ming-liang reached formidable new heights with 2003’s Goodbye, Dragon Inn, his spellbinding ode to movie palaces of old and the culture disappearing in their absence. The film, considered by the director to be among his finest, depicts the twilight hours of a once-magisterial Taipei movie house, showing King Hu’s 1967 wuxia classic Dragon Inn before shuttering for good. Few are in attendance; most are appallingly behaved. A Japanese tourist cruises for casual sex in the building’s labyrinthine halls; the manager (Chen Shiang-chyi), hindered by a pronounced limp, searches in vain for the projectionist (Lee Kang-sheng) to offer him a steam bun. Tsai’s minimalist masterpiece—slight on story, immaculate in form—unfolds almost entirely without dialogue, save for the swordplay epic within it. In our present COVID moment, as cinemas reopen but streaming holds sway, Goodbye​’s soulful lament for a vanishing era of mass moviegoing carries particular poignancy.

“Eerily exquisite … A nearly wordless, perfectly made moviegoing ballad … Tsai Ming-liang, in addition to being a sterling director, is a superior magician.” Wesley Morris, Boston Globe

The June 2 screening of Goodbye, Dragon Inn is presented as part of ​“Cinema Thinks the World,” a partnership project between UBC and The Cinematheque. After the film, there will be a short reception followed by a one-hour panel talk with audience discussion.

Chelsea Birks is The Cinematheque’s Learning & Outreach Director and a Sessional Lecturer in Film Studies, Department of Theatre and Film, at the University of British Columbia. She is the author of Limit Cinema: Transgression and the Nonhuman in Contemporary Global Film (Bloomsbury, 2021).

Igor Drljaca is a filmmaker and an Assistant Professor in Film Production, Department of Theatre and Film, at the University of British Columbia. His most recent feature, The White Fortress (2021), screened at The Cinematheque in March.

Christine Evans is an Assistant Professor of Teaching in Film Studies, Department of Theatre and Film, at the University of British Columbia. She is currently working on a book entitled Slavoj Žižek and Film: A Cinematic Ontology (Bloomsbury, forthcoming).

Helena Wu is an Assistant Professor in Hong Kong Studies, Department of Asian Studies, at the University of British Columbia. She is the author of The Hangover after the Handover: Places, Things and Cultural Icons in Hong Kong (Liverpool UP, 2020).

Mila Zuo is a filmmaker and an Assistant Professor in Film Studies, Department of Theatre and Film, at the University of British Columbia. She is the author of Vulgar Beauty: Acting Chinese in the Global Sensorium (Duke UP, 2022).