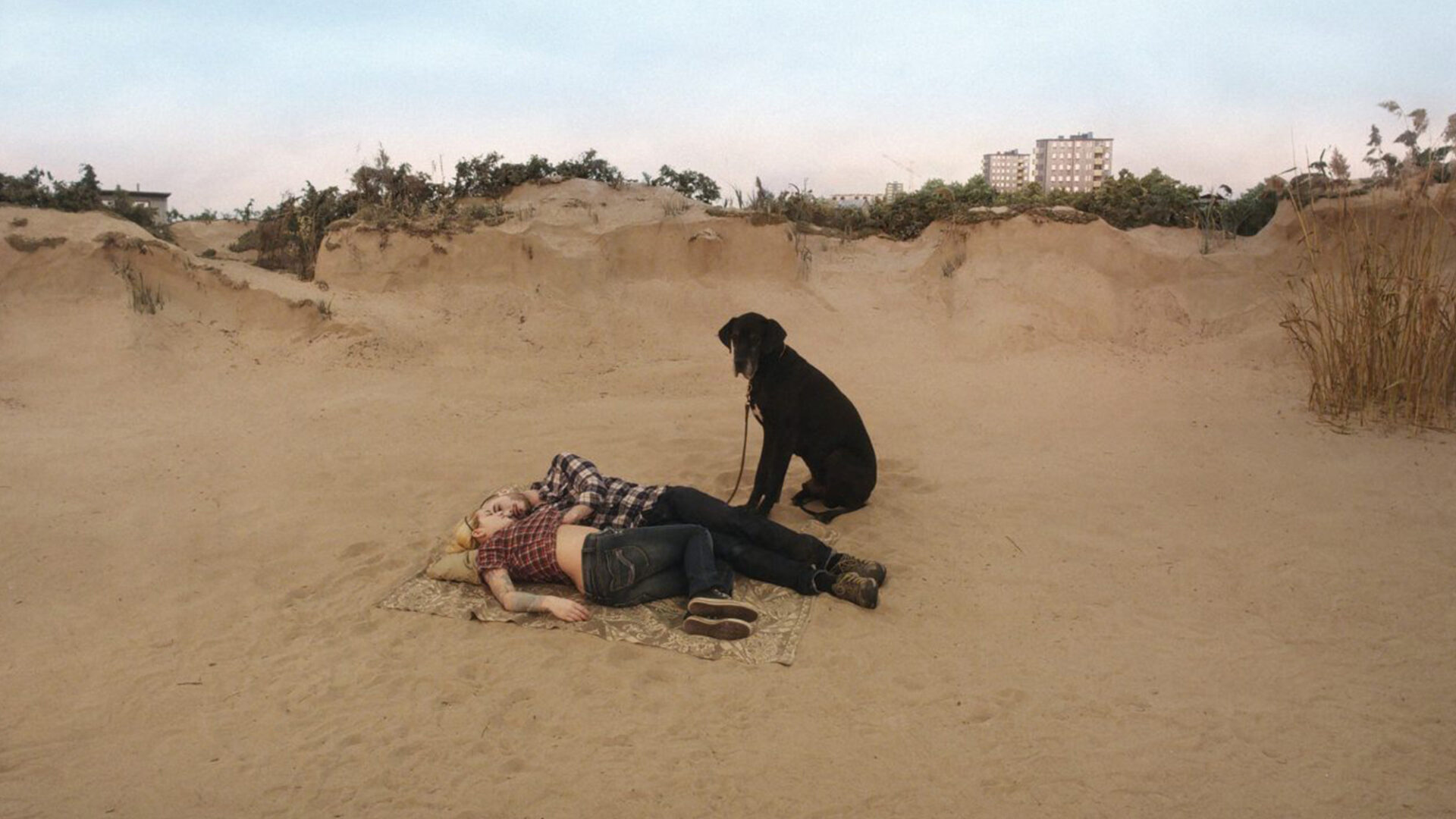 “The funniest movie of the year is also painfully tragic … Andersson compels us to laugh at a grand joke—no less than existence itself—and the punchline stings.”

Roy Andersson’s late-in-life ascent to cinema’s most rarefied heights continued with Pigeon, his fifth feature, which copped the Golden Lion at Venice. Composed of 37 comic vignettes, the film follows the travails of sad-sack salesmen Sam and Jonathan, door-to-door peddlers of cheap novelty items—vampire fangs, rubber masks, and the like. Set-pieces include an anachronistic appearance by Charles XII, Sweden’s early-18th-century ruler; and the most astounding representation of the cruelty of Western colonialism, imperialism, and racism you’ll ever encounter at the movies. Pigeon concluded the loose ​“Living Trilogy”—“a trilogy on being a human being”—begun with Songs from the Second Floor and You, the Living, the director’s previous two features, and serves up the same marvellous blend of absurdist humour, apocalyptic angst, and exquisite visual tableaux. The film’s title describes an element in The Hunters in the Snow, a painting by Bruegel the Elder—one of several artists, including Goya, Hopper, Dix, and Beckmann, whose work has influenced Andersson’s aesthetic.

“The fullest flowering yet of his approach, with Andersson orchestrating his finest dada …World cinema may have no better builder of delightful scenes.”

“Brilliantly absurd … A masterclass in comic timing …. Andersson thinks like a painter, [and] endeavors to capture the poetry of the mundane.”