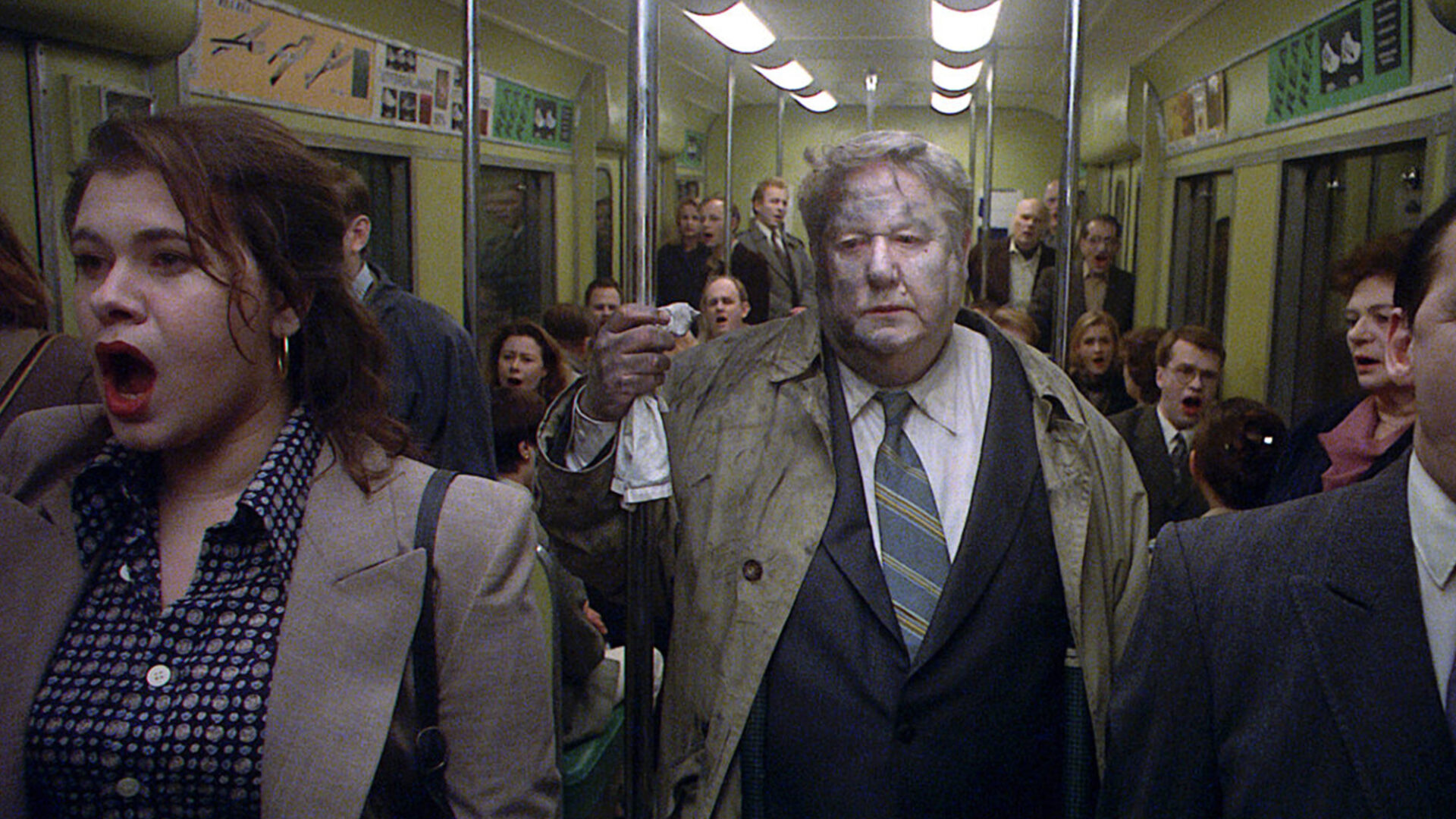 “It’s not easy being human.” A danse macabre mixing Monty Python with millennial angst, Roy Andersson’s first feature in 25 years was a work of astonishing cinematic vision, and launched the Swedish obsessive as a significant ​“new” auteur. The film’s 46 loosely connected episodes—absurdist, Expressionist, apocalyptic, marvellous—are set in an unnamed European city at the turn of the millennium, with Western society apparently in the throes of a cataclysmic economic meltdown. Many of the vignettes concern Kalle (Lars Nordh), a hapless middle-aged man who’s picked a bad time to torch his furniture business for the insurance money. A jaw-dropping human sacrifice scene mercilessly mocks our helpless thrall to the vagaries of global capitalism and the financial markets. Fashioned in painterly compositions, shot with a static camera, bathed in ghoulish green light, and making extraordinary use of old-fashioned trompe l’oeil, Songs set the template for Andersson’s singular aesthetic and probed the prevailing social, spiritual, and economic malaise with brilliant, Buñuelian black humour. ABBA’s Benny Andersson provided the score.

“The work of a genuine and singular artist … Jacques Tati as rendered by The Far Side cartoonist Gary Larson… Scenes from the picture still float in my head.”