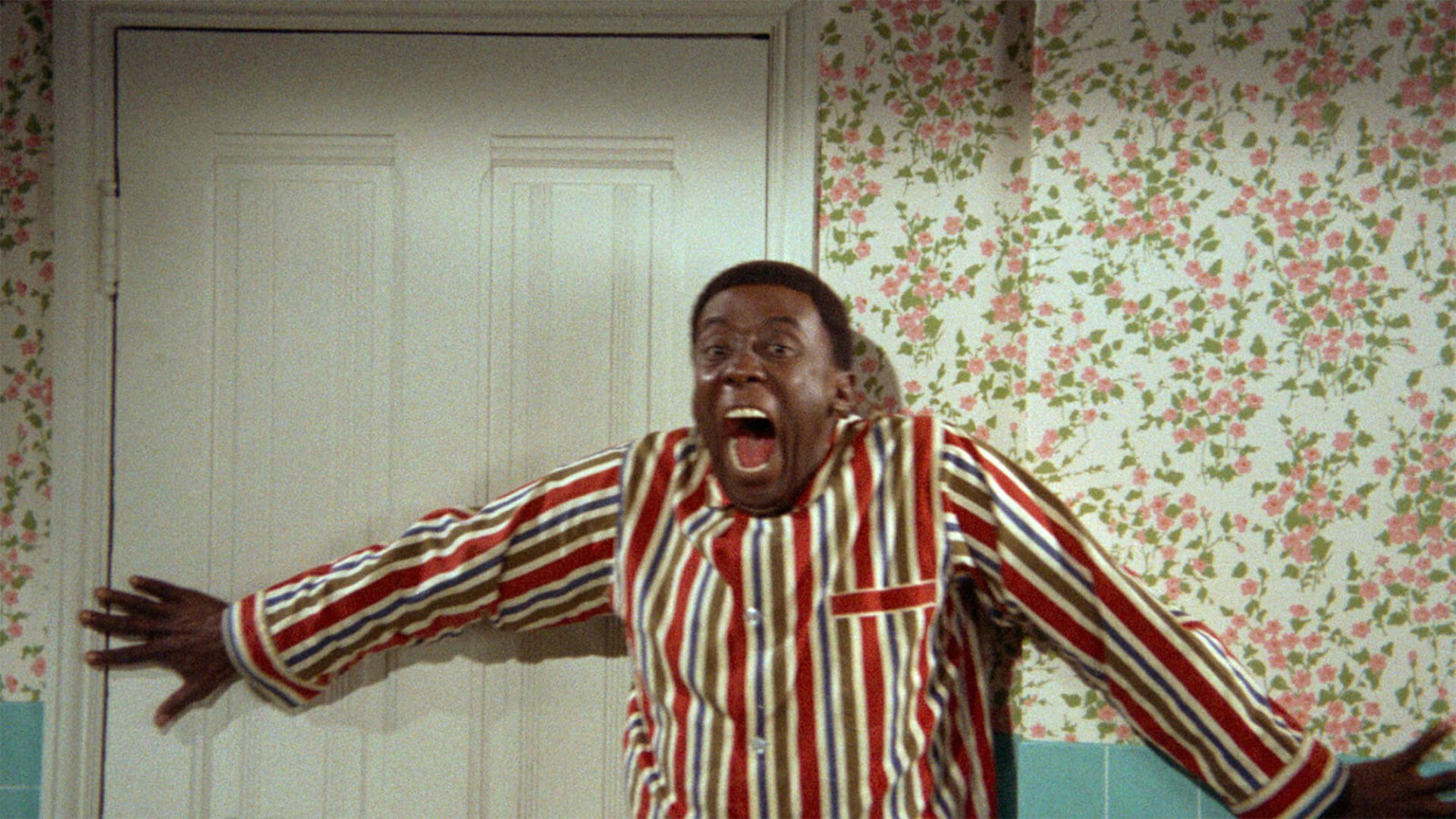 “A cunning subversion of Hollywood and television conventions … A truly remarkable film, whose major themes—White privilege, Black subjectivity, liberal White racism—feel just as relevant today as they did in 1970.”

The critical success of The Story of a Three-Day Pass, Melvin Van Peebles’s made-in-France debut feature, earned the trailblazing African-American filmmaker a coveted Hollywood deal. Watermelon Man, made for Columbia Pictures, was a subversive lampoon of race relations starring prominent Black comedian Godfrey Cambridge. Cambridge—initially in whiteface!—plays bigoted insurance salesman Jeff Gerber, married to the more liberal Althea (Estelle Parson). When Gerber wakes up one morning and discovers, to his horror, that he has inexplicably become a Black man, it upends his world—and, ultimately, transforms his politics. Van Peebles’s provocative romp, all bright colours and broad comedy, offers a biting satire of White racism while pursuing, with relish, themes of Black empowerment and radicalization. The movie made money and Columbia was pleased, but his battles with the studio—which had wanted a White actor, in blackface, in the lead, and a different ending—convinced Van Peebles to make his next film, Sweet Sweetback’s Baadasssss Song, independently.

“A tricky mash-up of high-concept comedy and social satire … There’s real bite and real anger underneath.”

“A ferocious satire … One of the most audacious, radically conceived works to be financed by a major American studio in the 1970s.”