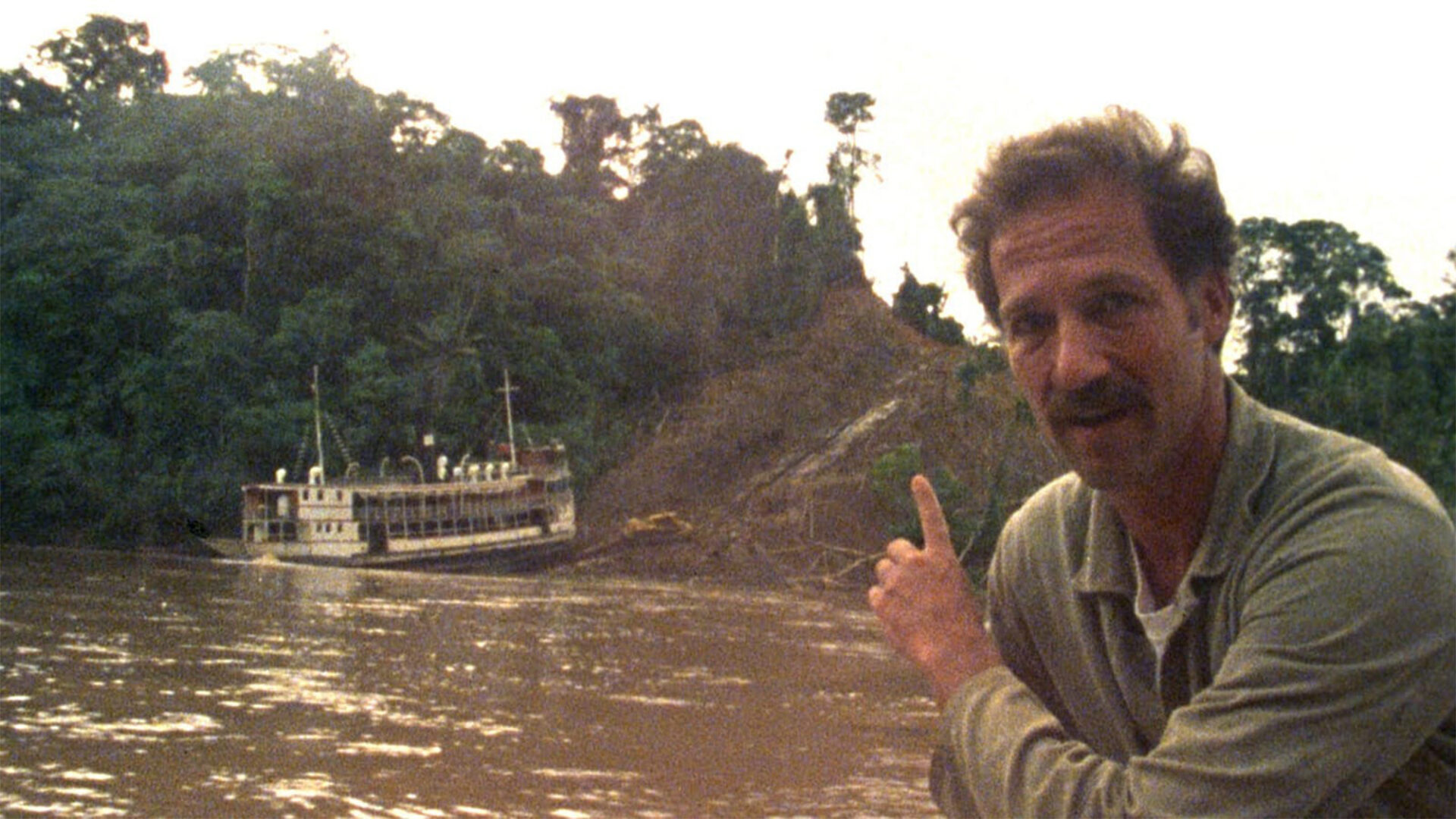 “I shouldn’t make movies any more. I should go to a lunatic asylum.”

Les Blank’s celebrated documentary captures the legendarily chaotic making of Werner Herzog’s Fitzcarraldo and, in subject and theme, stands as Fitzcarraldo​’s nonfiction counterpart: both films concern the near-Sisyphean efforts of an obsessive visionary—Herzog’s fictional protagonist, in one instance; Herzog himself, in the other— to drag a steamship over a mountaintop in the Peruvian jungle! Blank’s film offers a startling portrait of Herzog consumed by the mad folly of his cinematic dreams, helming an ill-fated production beset by all manner of calamities, misfortunes, and setbacks. Weeks into shooting, lead actor Jason Robards (in the title role ultimately played by Klaus Kinski) falls deathly ill with dysentery; co-star Mick Jagger (in a role later written out of the script) has to depart; and Herzog is forced to start all over again. Among its many pleasures, Burden of Dreams includes rare footage from this never-finished Robards-Jagger version of Fitzcarraldo.

“One of the most remarkable documentaries ever made about the making of a movie … Blank is unafraid to ask difficult questions and portray Herzog, warts and all.”