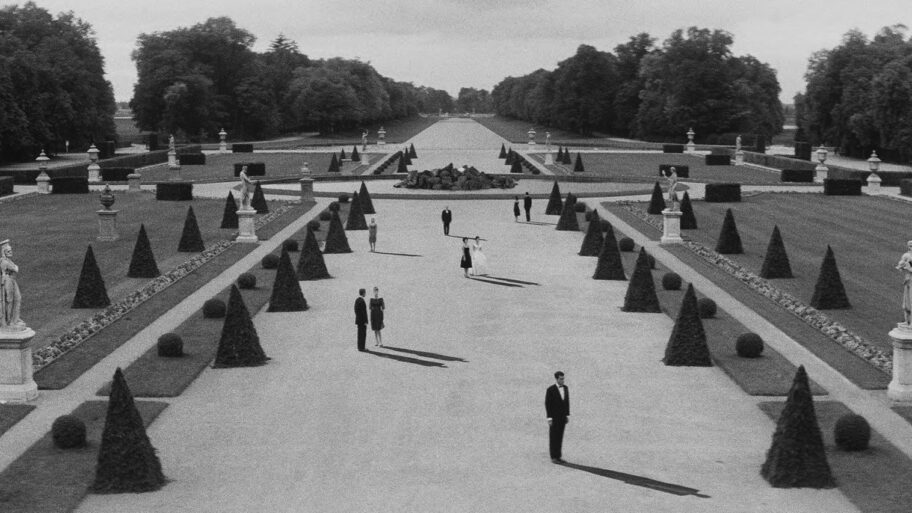 “The cinema’s most profound meditator on the human mind.”

A central figure of postwar European film modernism, French master Alain Resnais (1922–2014) made movies that think, that engage with ontological questions—of time, of memory, of consciousness—through a radical reimagining of what the medium can do. His was a cinema unafraid to be abstract, enigmatic, or ​“difficult” in its high-minded artistic pursuits. Like fellow modernist Michelangelo Antonioni, whose narrative deconstructions also captured attention in the 1960s, this both baffled and awed critics, who saw in it either the demise or the evolution of the art form. Time—Resnais’s subject par excellence—would enshrine him as a harbinger of the latter, and this year The Cinematheque joins film institutes worldwide in celebrating his centenary and the enormous influence he still holds over art cinema.

Trained as an actor and film editor, Resnais first made his name as a gifted documentarian with a series of short-form works produced in the immediate postwar period. The apotheosis of this output, 1956’s Holocaust requiem Night and Fog, ​“the greatest film ever made” (François Truffaut), would have cemented his legacy had he never directed another film. Yet Hiroshima mon amour, his debut feature (not counting an obscure, long-lost full-length from 1946), would prove even more epochal. Written by nouveau roman novelist Marguerite Duras, the 1959 landmark is perhaps the archetypical work of film modernism, a startling feat of imagination that introduced the major thematics and formal innovations Resnais would hereon be renowned for: ruptures in linearity, the crumpling of time, slippages between public history and personal memory, heck, the aesthetic articulation of subjectivity itself!

The film also inadvertently bracketed Resnais with the emerging nouvelle vague, whose flagship work The 400 Blows (Les quatre cents coups) debuted the same year at Cannes. Though he undoubtedly benefited from the affiliation—and the bagginess of the term allows for various interpretations—Resnais should more aptly be considered a member of the Left Bank, an adjacent collective of Paris directors (Chris Marker and Agnès Varda among them) who shared closer ties with modernist literature, and who held different political and philosophical aspirations for art, than the Cahiers du cinéma cohort leading the New Wave (Truffaut, Godard, Rohmer, Rivette, Chabrol).

After Hiroshima, Resnais made Last Year at Marienbad and Muriel, two works of extraordinary brilliance and beguiling mystery, which deepened and distilled his investigations into interiority, and extended his collaborations with nouveau roman authors. (The former is written by Alain Robbe-Grillet; the latter by Jean Cayrol.) Future films would demonstrate the breadth of his taste and talent—political thriller La guerre est finie, outré sci-fi Je t’aime, je t’aime, period biodrama Stavisky et al.—but signature motifs and formal hallmarks remained, as did an indefeasible spirit of cinematic exploration.

Resnais died in 2014 at the age of 91, just three weeks after his latest film—what would be his last film—Life of Riley premiered at Berlin. It won the Silver Bear for ​“opening new perspectives.”

“Resnais 100” showcases films from the first and most influential chapter of the iconic director’s career, including brand-new restorations of his formative documentaries and his scarcely screened, politically piercing 1966 feature La guerre est finie.

“Resnais is the first modern filmmaker of the sound era.”

“Resnais’s films, far from being the complicated and tortuous puzzles they are reputed to be, are elegant, easily understood—and felt—investigations of the imagination … All that is necessary is an understanding that we are watching not stories, but the telling of stories.”