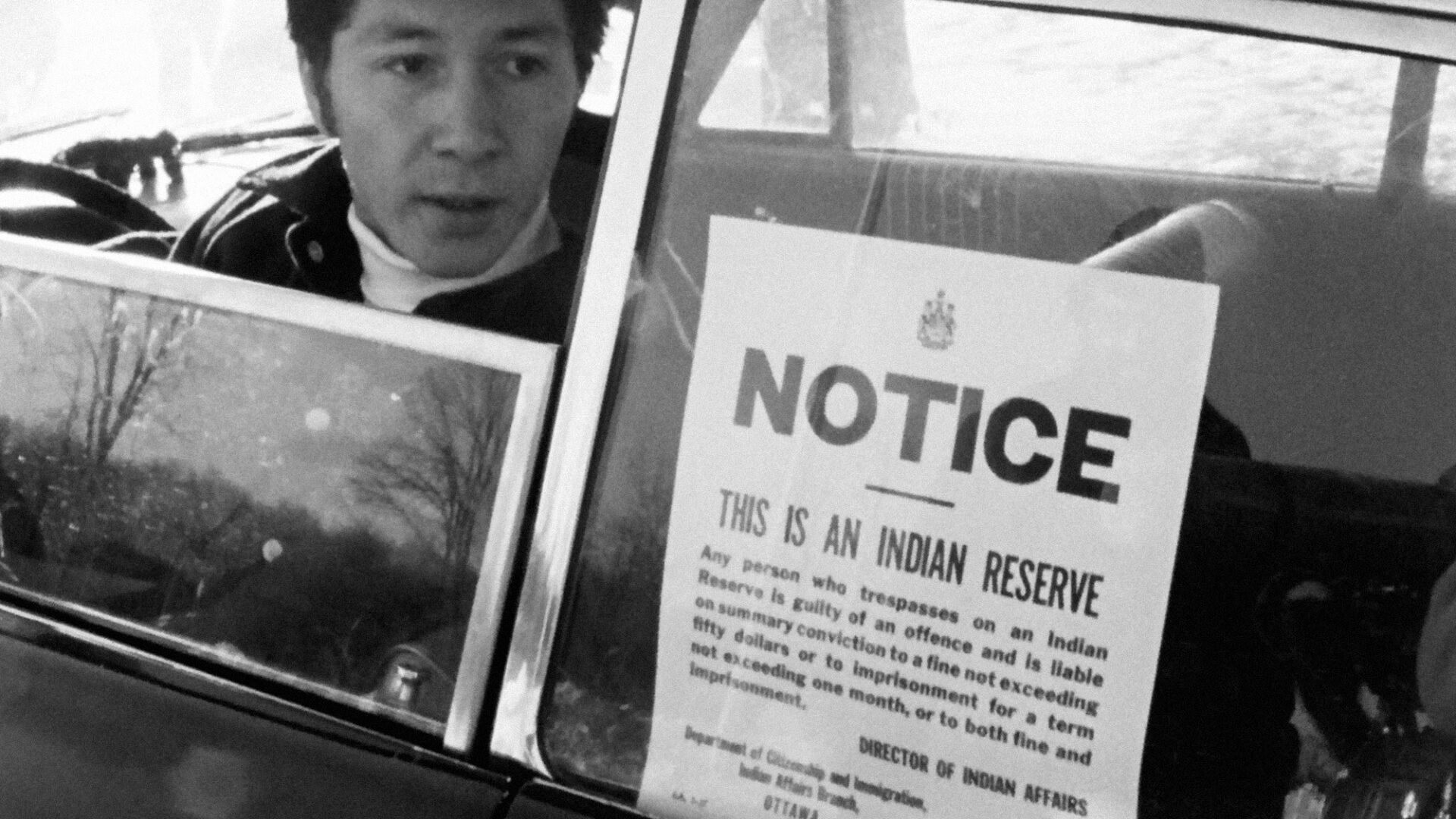 June 21 is National Indigenous Peoples Day, a celebration of Indigenous peoples’ culture and heritage in Canada. Initiated by the Government of Canada in cooperation with Indigenous organizations, this event, occurring annually on the summer solstice, provides an opportunity to recognize, reflect on, and learn about the rich histories, diverse traditions, and outstanding contributions of First Nations, Inuit, and Métis peoples.

To mark the 2021 edition of NIPD, The Cinematheque has again partnered with the National Film Board of Canada, this year to present a free virtual program dedicated to the trailblazing work of the Indian Film Crew (IFC), the NFB’s first all-Indigenous film unit.

Created as part of the Board’s groundbreaking Challenge for Change program — an initiative, launched in 1967, to foster social change through participatory, activist documentary filmmaking — the Indian Film Crew represented a necessary corrective to a history of settler-controlled Indigenous (mis)representation onscreen. Jointly sponsored by the Company of Young Canadians and the Department of Indian Affairs, the IFC formed in 1968 and consisted of seven members — six men, one woman — each hailing from a different First Nation. Its identity and ethos were made powerfully clear in the credits to its watershed debut The Ballad of Crowfoot (1968), the first-ever NFB film by an Indigenous director: ​“This production was created by a film crew composed of Canadian Indians who wish to reflect the traditions, attitudes, and problems of their people.”

Though a collapse in funding precipitated the dissolution of the Indian Film Crew in 1970, the radical, revolutionary works produced during its brief lifetime — including the landmark documentary You Are on Indian Land (1969) — marked a paradigm shift in the media portrayal of Indigenous peoples and their fight for sovereignty in colonial Canada. The IFC’s legacy can be found in future Indigenous-centring projects at the National Film Board, such as Studio One (1990–1996) and the Aboriginal Filmmaking Program (1996–2008), as well as in the establishment, in 2018, of Canada’s first Indigenous Screen Office.

The Cinematheque is grateful to Jane Gutteridge, Community Marketing Manager at the National Film Board of Canada, for her invaluable assistance in making his virtual program possible.

Feature Image: You Are on Indian Land, Michael Kanentakeron Mitchell, 1969