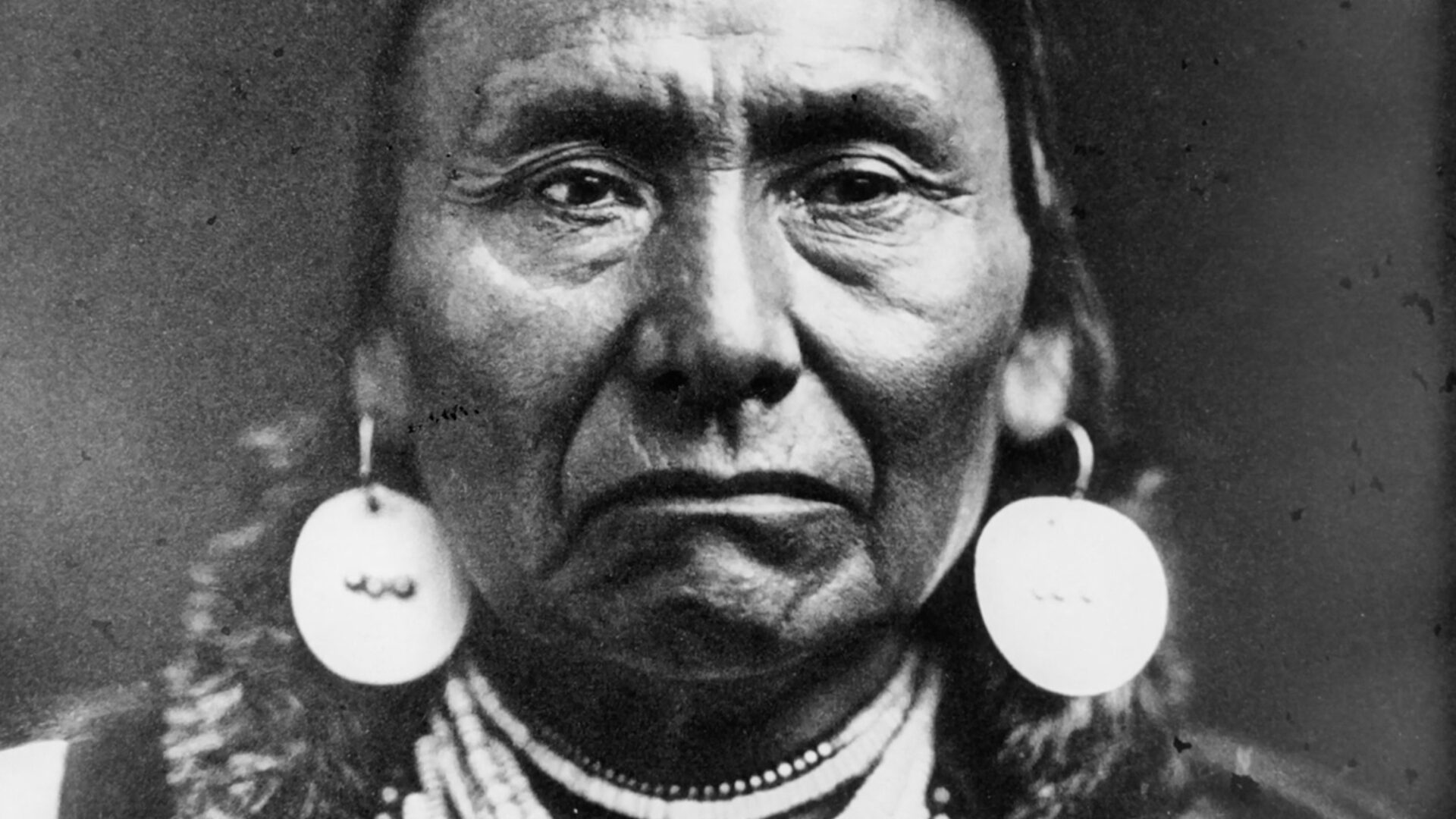 “During the late ​’60s, I was aware that an Indian film crew was working at the NFB. I just didn’t realize how important they would be to the future of Aboriginal filmmaking.”

This milestone short by Mi’kmaq singer-songwriter and activist Willie Dunn was a groundbreaking first on a few notable counts: the first film of the first all-Indigenous production unit, the Indian Film Crew (IFC), at the National Film Board of Canada; the first Indigenous-directed work in the Board’s then almost thirty-year history; and, in all likelihood, the first music video ever made in Canada! It sets Dunn’s eponymous protest ballad — a tale of the 19th-century Siksika (Blackfoot) chief who negotiated Treaty 7 on behalf of his people, only to suffer betrayal by the Canadian government — to a montage of stirring archival footage and photographs. Dunn, who died in 2013, has received posthumous recognition in recent months thanks to an acclaimed 2021 album compiling songs from his folk career (“The Ballad of Crowfoot” included).

3.
You Are on Indian Land
Canada 1969
Michael Kanentakeron Mitchell
36 min.

The most widely seen and celebrated of the Indian Film Crew’s productions, You Are on Indian Land chronicles the 1969 protest by the Kanien’kéhaka (Mohawk) of Akwesasne following the Canadian government’s refusal to uphold a treaty right permitting duty-free cross-border passage for its people, whose territory straddles (and long predates) the Ontario-New York State divide. In 2017, this tremendously important and influential documentary — a critical precursor to Alanis Obomsawin’s Kanehsatake: 270 Years of Resistance (1993) — was officially re-attributed to Michael Kanentakeron Mitchell, future Grand Chief of the Akwesasne Mohawk Council. (NFB veteran Mort Rasen, formerly credited as director, maintained for years that it was Mitchell’s film.) Its rallying cry for Indigenous self-determination remains as urgent today as it was then.

This collaborative, co-directed work from the Indian Film Crew documents a public address by Standing Arrow and Tom Porter, both of the Akwesasne Kanien’kéhaka (Mohawk) Nation, as they discuss the traumas that European colonialism — Catholicism in particular — inflicted on their religion and way of life, and their desire for reconciliation with a new generation of White settlers. Co-director Barbara Wilson, of the Haida Nation, was the IFC’s sole female member. Cree politician Noel Starblanket (1946–2019) edits.

To stream this program:
Click on the ​“Stream” button above.
Register for your free virtual ticket (you may need to create an account first).
​“The NFB’s Indian Film Crew” is available to stream June 21 – July 4.
If you are having technical issues with the stream, please email info@​thecinematheque.​ca
This program is available to stream in Canada and the U.S.