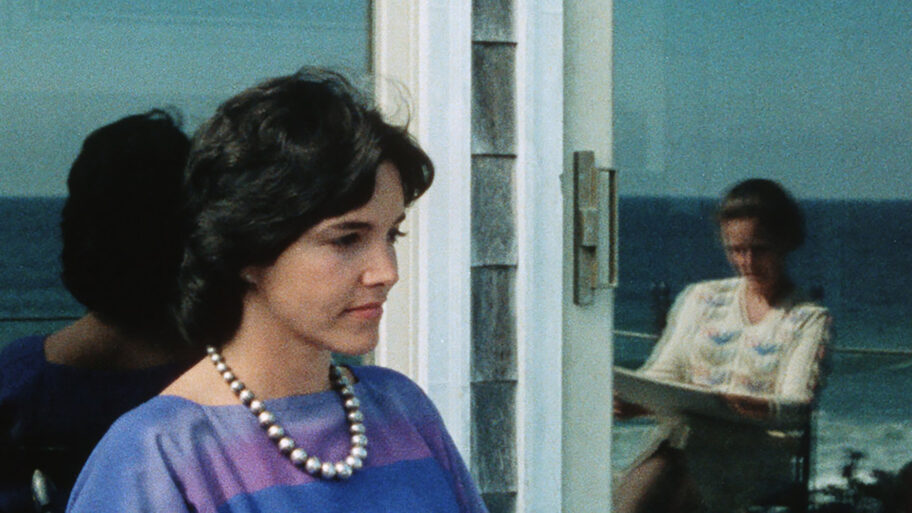 “Fantastic, not to mention fantastical … This is a masterpiece of direction … everything true, right—for these characters, under these circumstances.”

Brooke Adams starred in three unimpeachable masterpieces over the span of just six years: Terrence Malick’s Days of Heaven, Philip Kaufman’s Invasion of the Body Snatchers, and Michael Roemer’s Vengeance Is Mine. It’s possible to describe the beginning of Roemer’s film, as Adams’s character Jo stops off to tie up loose ends in New England before jetting off to the dawn of a new career in Seattle, in a way that sounds close to the alternately tough and sensitive character dramas of James L. Brooks (Broadcast News) or Bill Forsyth (Housekeeping). But this beguiling, transformative, and astonishing movie is a true shapeshifter. Roemer’s mastery of form reaches its peak here, absorbing the influences of Ingmar Bergman and Henry James in a tale of psychological doubling that never relinquishes its sense of haunting mystery, right up to its final, unforgettable image.

“A major re-discovery. That a film this good gets nearly lost forever is both a mystery and a crime. Reminds me of the first time I saw Losing Ground and Wanda, so alive, original, free, deep, human—and following its own compass.”