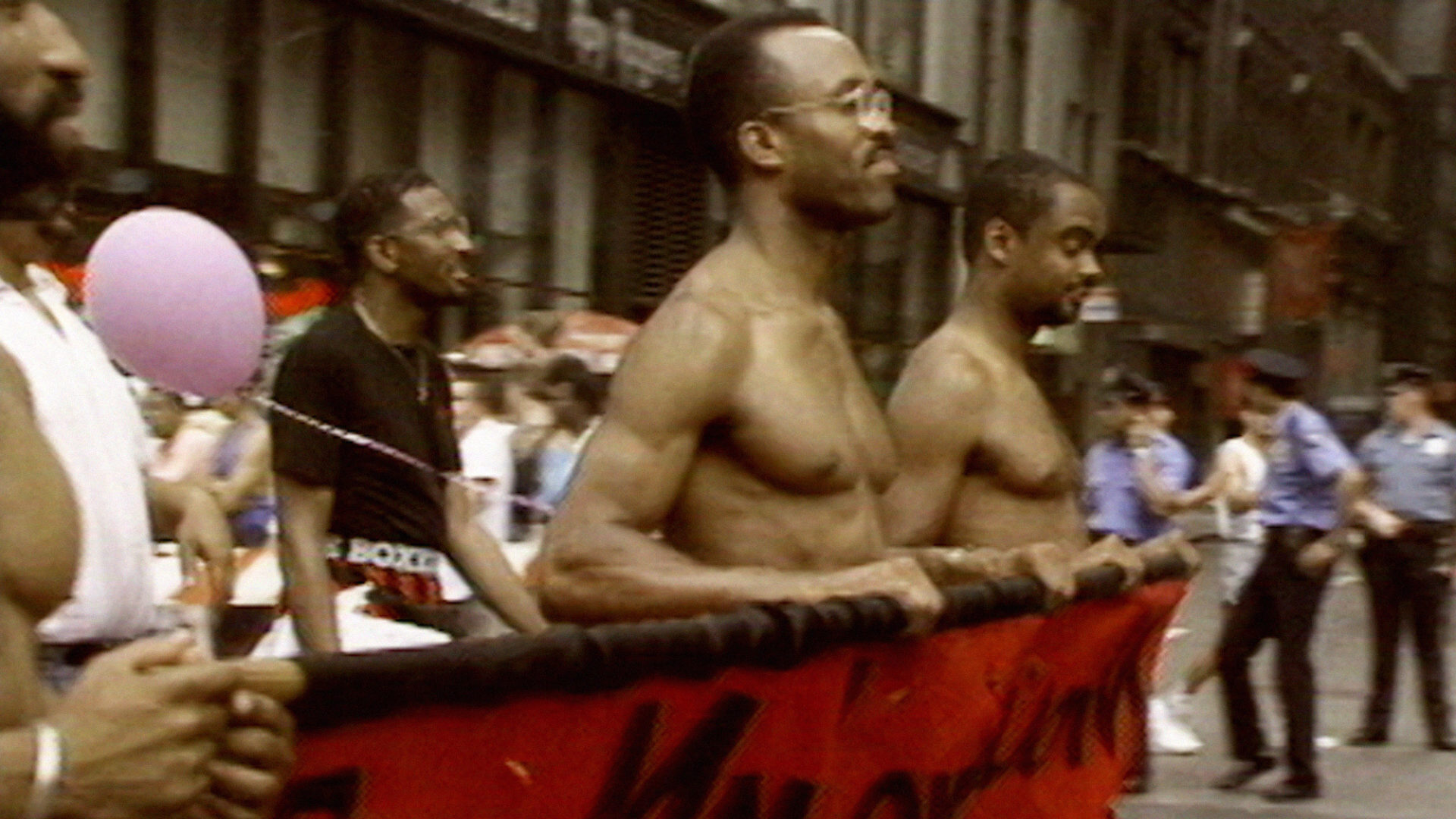 “Remains a radical work of American art … Invigorating and unapologetic.”

Marlon Riggs’s essential 1989 work can be experienced in many different capacities. As a poetry film, it plays with human voice, memory, and expression to evoke rhythms of love and confusion. As a documentary, it captures histories of eroticism and transcendence among Black, gay Americans, and the sometimes violent conflicts of their intersecting identities and external pressures. As a piece of American history, it is a marker of the censorship enforced by the National Endowment for the Arts’s defunding of arts related to AIDS. Tongues Untied is as personal as it is political, with a lyricism that haunts, engages, and informs. Along with poet and collaborator Essex Hemphill, Riggs creates a tonally dynamic space, moving from stark montage, to double exposures of sexual and revolutionary awakening, to spoof chat lines, and much more. This is a call to arms, a confession, and a locomotive photo album that defies conventional ethnography. – Shayna Warner

“A cinematic and political achievement of astonishing power and significance.” Thyrza Goodeve, Cineaste

In strong contrast to the stereotypically negative depictions of transgender people as seen through the lens of Hollywood at the time, the protagonist of Ursin’s independent film, produced several years before the historic Stonewall Uprising, is rendered as stable, hopeful, and determined. Stylistically, Ursin artfully blurs elements of cinéma vérité documentary and subtle dramatization to bring his unnamed lead’s deeply personal aspirations and meditations on love and acceptance to light. – Mark Quigley