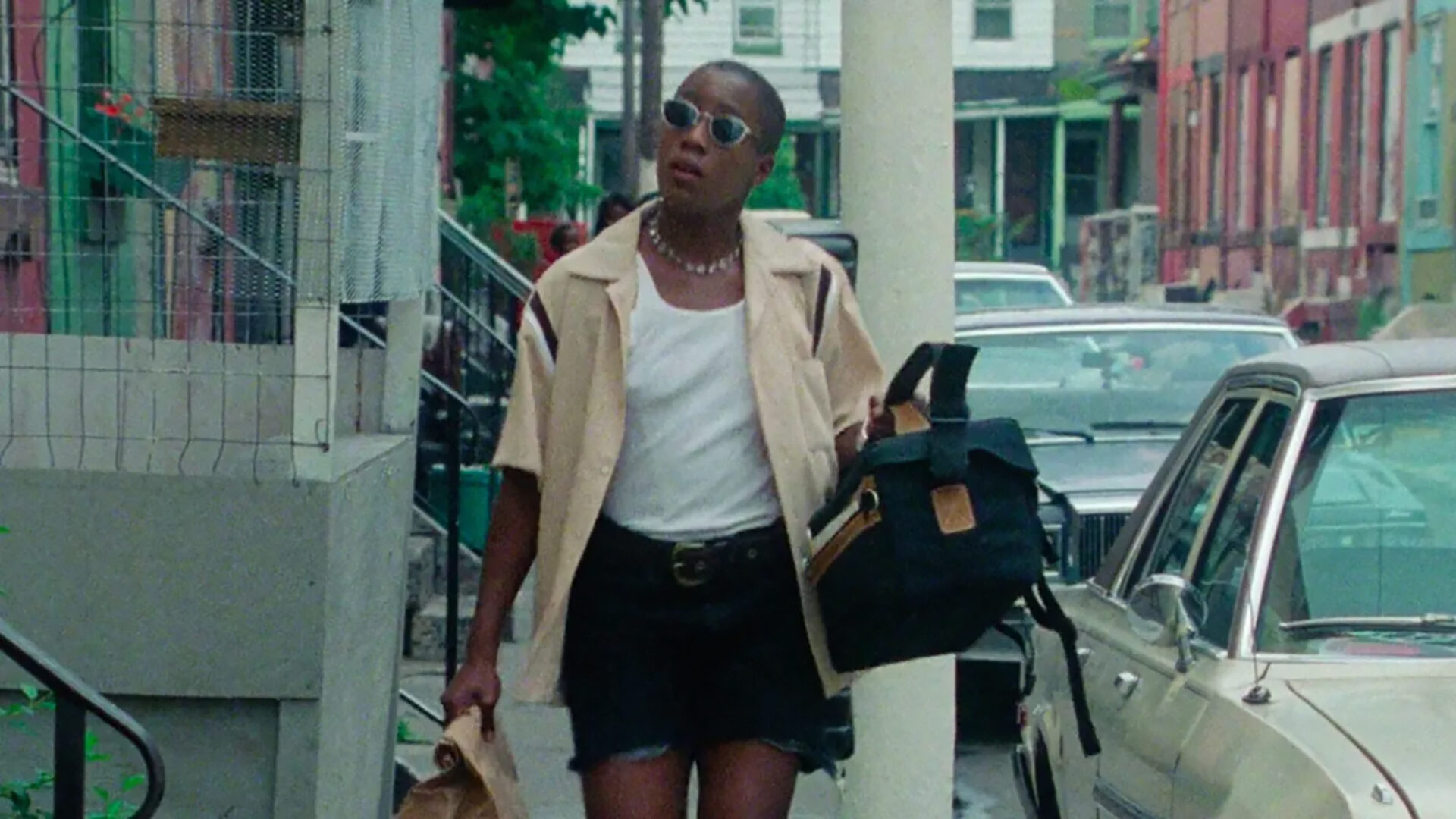 “A vital example of New Queer Cinema … More than a time capsule, [it’s] funny and smart, full of biting humor and astute observations about identity and history … An audacious, joyous debut feature.”

With her first feature The Watermelon Woman, writer-director-punk archivist-actor Cheryl Dunye creates an entirely new form of blended fictional narrative, mockumentary, and archeological dig. As ​“Cheryl,” she plays a twentysomething video store employee with big dreams to open her own production company with her friend and co-worker Tamara (Valarie Walker). After becoming obsessed with the Black actor who keeps popping up in 1930s American films, only credited as ​“Watermelon Woman,” Cheryl sets out to create a documentary that will lead her to the identity of Fae Richards/​Faith Richardson, with whom she feels an unexplained kinship. Along the way, she wades through a courtship with hot, politically tone-deaf Diana (lesbian film legend Guinevere Turner), which mysteriously echoes the same uncomfortable relationship Richards/​Richardson had with White ​“liberal” Martha Page (film scholar and Dunye’s girlfriend at the time, Alexandra Juhasz). – Shayna Warner

The Wallflower, Role-Playing, Seduction, Non-Monogamy, The Child Molester, and The Stompin’ Dyke are satirical depictions of insults levied at lesbians. Writer-director Jan Oxenberg’s humour twists each charge into a standalone sketch of feel-good fun unseen in any mainstream filmic depictions of queer characters at the time. – Shayna Warner

This free program is presented as part of​“Cinema Thinks the World,” a partnership project between the University of British Columbia and The Cinematheque. After the film, there will be a short reception followed by a one-hour panel talk with audience discussion.

William Brown is a filmmaker and an assistant professor in Film Studies, Department of Theatre and Film, at the University of British Columbia. He is the author of numerous books, including the forthcoming monograph Navigating from the White Anthropocene to the Black Chthulucene (Zer0 Books).

Nya Lewis (MFA) currently serves as the interim artistic director of the Vancouver Queer Film Festival and is the incoming director/curator of Artspeak. Her hybrid practice is rooted in the culmination of centuries of resistance, love, questions, actions, and study concerning Black Atlantic cultural production.

Ervin Malakaj is an assistant professor in German Studies, Department of Central, Eastern, and Northern European Studies, at the University of British Columbia. His scholarship in film studies includes research on melodrama, slapstick, queer aesthetics, and periodical culture.

Mila Zuo is a filmmaker and an assistant professor in Film Studies, Department of Theatre and Film, at the University of British Columbia. She is the author of Vulgar Beauty: Acting Chinese in the Global Sensorium (Duke UP, 2022).