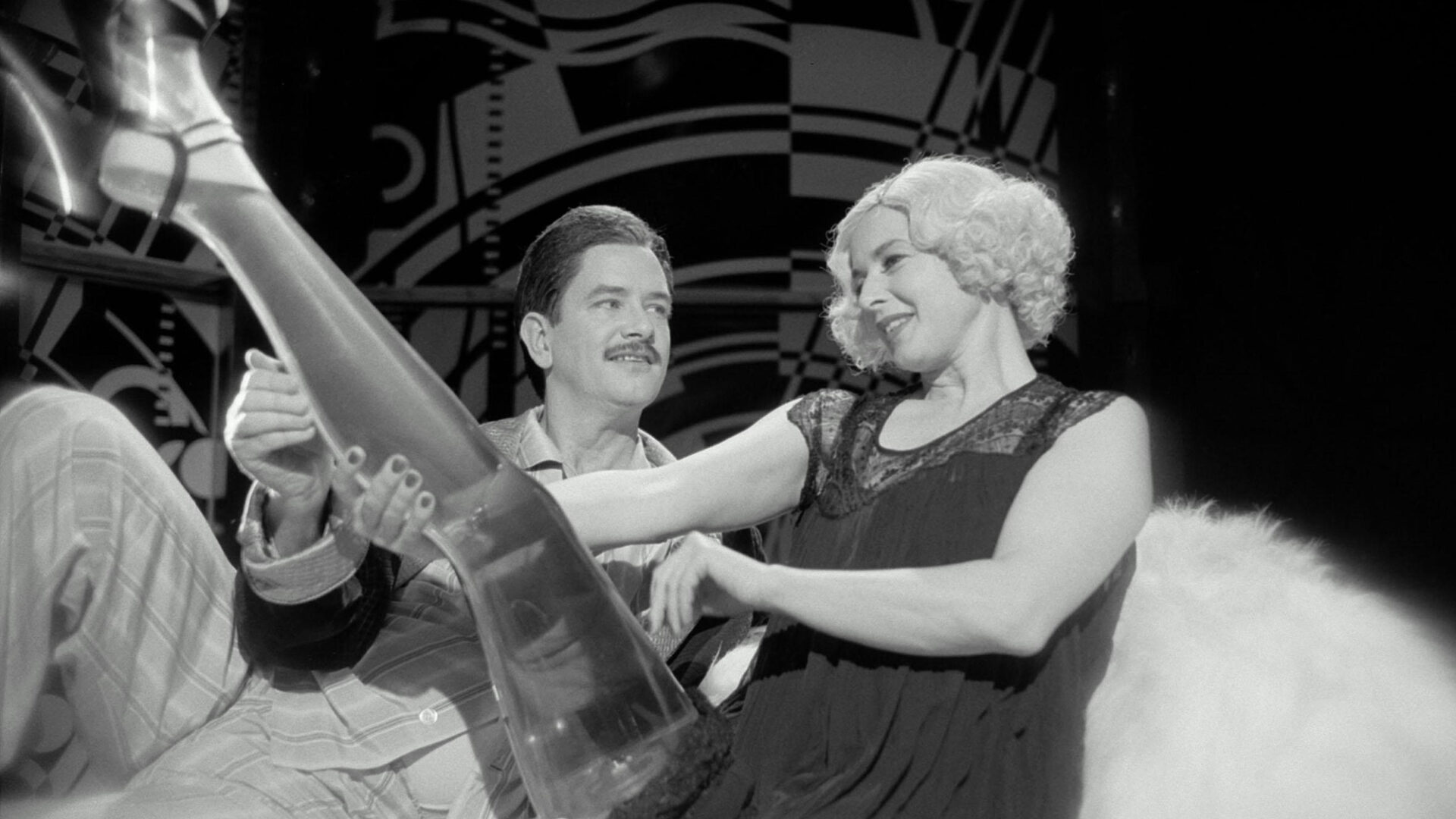 “The funniest musical of the decade—the 1930s, that is … A stompin’ mishmash, 100 minutes of demented vaudeville and murky montage.”

A delirious mock-1930s musical melodrama set in the Sorrow Capital of the World (that would be Winnipeg), Guy Maddin’s film has the maverick Manitoba visionary firing on all cylinders—or beer-filled glass legs! At the height of a Depression winter, glamorous beer baroness and double amputee Lady Port-Huntley (Isabella Rossellini), seeking to boost sales of her brew, launches an international contest to find the saddest music in the world. As mournful performers stream in from around the globe, Chester (Mark McKinney), a failed Broadway impresario recently returned to Winnipeg, seizes the chance for one last grasp at showbiz success. The hysterically tangled plot involves amnesia, romantic rivalries, betrayals, and family secrets, but the real show stopper is the Busby-Berkeley-gone-berserk spectacle of it all, as Maddin lets fly with his patented fever-dream rush of phantasmagoric production design and fetishized old-fashioned film technique.

“A nonstop seduction of eye and ear … The cult movie to end all cult movies.”

“Like most great musicals, [The Saddest Music in the World] slides, with breathtaking ease, from silliness to pathos and freely mixes exquisiteness and absurdity.”