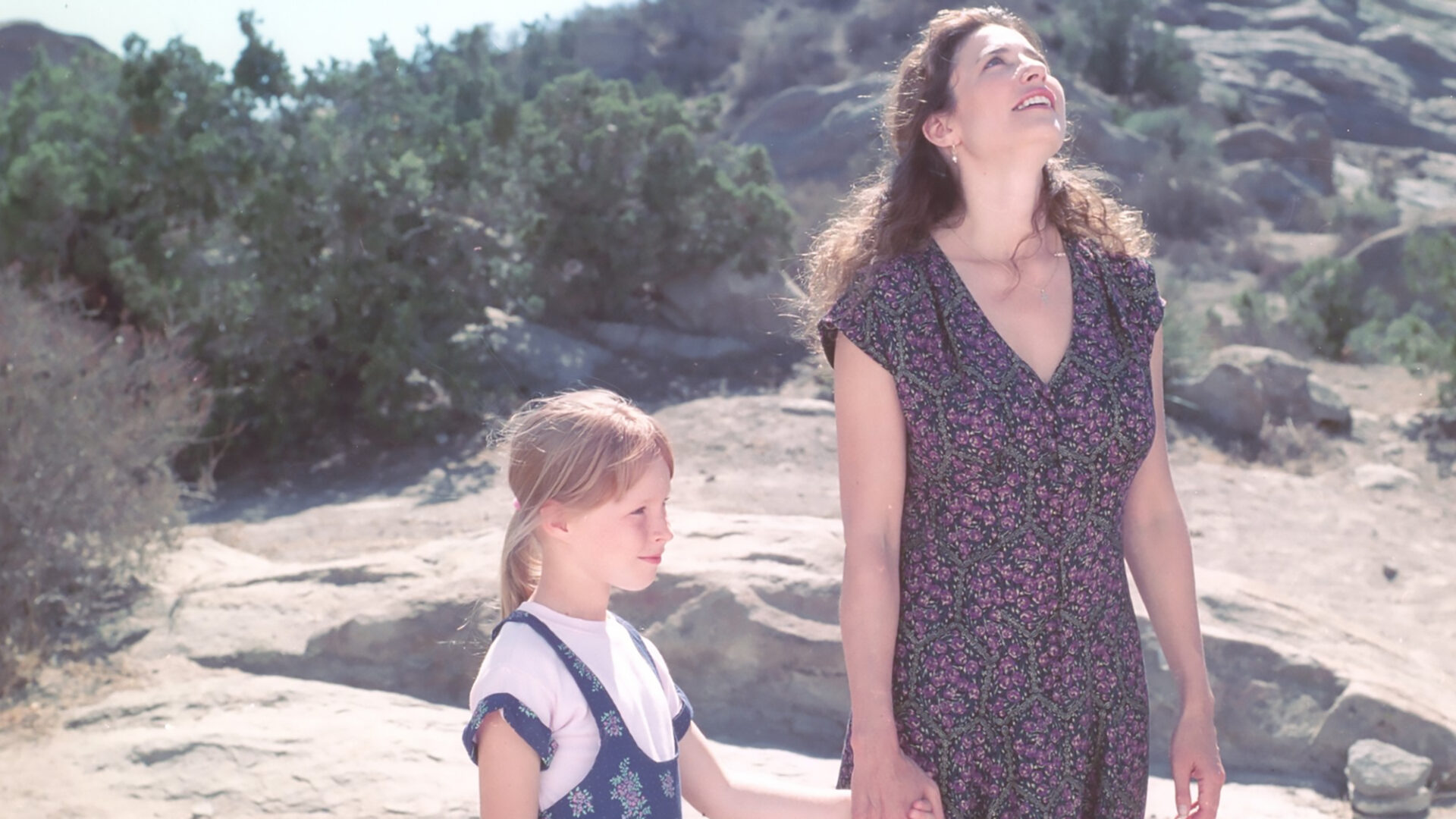 “Visionary with a breaktaking audacity … It’s one of the most terrifying of religious films; an astounding synthesis of style and subject.”

Ah yes, the End Times! Gabriel’s Trumpet. The Four Horsemen of the Apocalypse. David Duchovny with a mullet. And a career-best performance by the woman who introduced Tom Cruise to Scientology. The daring directorial debut of screenwriter Michael Tolkin (later an Oscar nominee for penning Robert Altman’s The Player) travels to utterly unexpected places in its consideration of faith, suffering, spiritual ennui, evangelical eschatology, and the Book of Revelation. Mimi Rogers plays an L.A. telephone operator seeking relief from her end-of-the-millennium malaise in meaningless sex, then finding deeper purpose in fundamentalist Christianity. Tolkin’s provocative, pop-horror approach to the material is fearless and fully committed. This overlooked gem may be the most unhinged American film of its time. Back in 2000, in my curatorial notes for The Cinematheque’s ​“Ten Best Films of the 1990s” program, I cited The Rapture as ​“my giddiest guilty pleasure of the decade,” but also confessed to being ​“too much of a scaredy-cat” to actually include it (and so didn’t include it) on our top-ten list. A strange, striking, and sometimes truly shocking film. – Jim Sinclair

Jim Sinclair was Executive & Artistic Director of The Cinematheque from 1991 to (March) 2022. In 2011, France bestowed the honour ​“Knight of the Order of Arts and Letters” on him for his work promoting French and European cinema in British Columbia.

“Courageous … Movies are often so timid … Here is one of the most radical, infuriating, engrossing, challenging movies I’ve ever seen.”