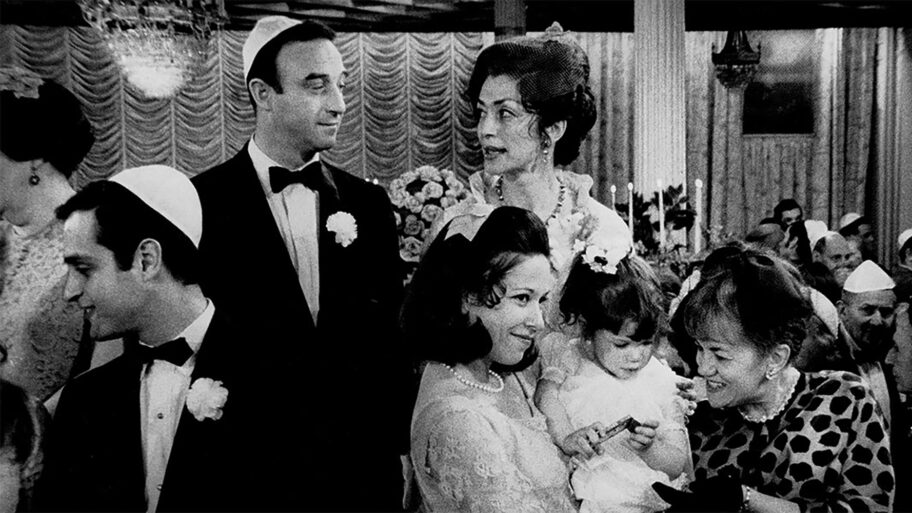 “A shimmering satire that balances a scrupulously researched portrayal of its milieu with a rollicking, carnivalesque atmosphere.”

A slippery tightrope march of comic modulation, Michael Roemer’s carte blanche follow-up to the success of Nothing But a Man is ​“a satirical book of Job, with hapless Harry the victim of those who want to set him on the right path” (David D’Arcy, Blouin Artinfo). Harry Plotnick (Martin Priest) is no mensch; birthed back into his rapidly changing Bronx neighbourhood after nine months in the can, he immediately goes back to his livelihood in the numbers racket. But Roemer, God, chance, or satirical will won’t leave him alone. After a car crash reunites him with his ex-wife, daughter, and an assortment of in-laws and friends, Harry finds himself immersed in ​“legitimate” business, commitment, and a ticking timebomb of a diagnosis from his doc: his heart, you see, is enlarged. From prison-vérité opening to telethon-meets-Limelight finale, Roemer’s restraint—there are no villains here—unleashes a dance of life, which rolls across the screen with unflagging energy.